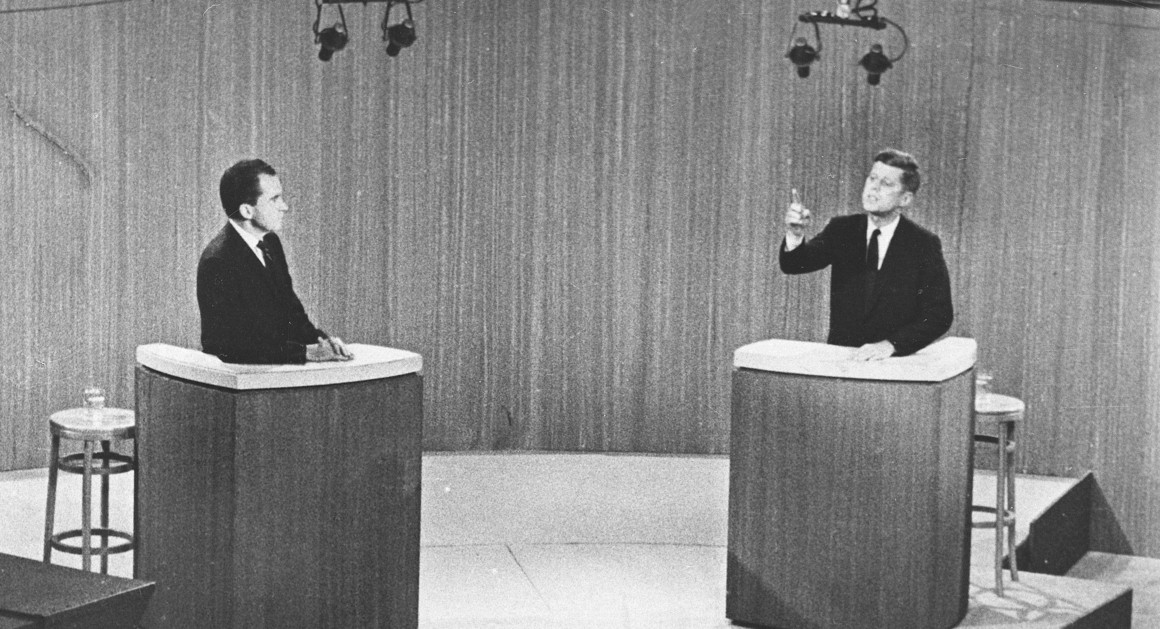 Debates between the main candidates for president are usually considered the high point of America’s campaign season, and that was true the first time they happened on television, in September of 1960.

Daylight Saving Time for 1960 ended on the last Sunday of September in La Crosse.  Some states turned their clocks back earlier than that, while others went to the end of October.  The La Crosse Tribune helped travelers by printing local train and bus schedules for the weekend of the switch.  The U.S. went to a standard nationwide schedule for daylight time in 1966.

Some folks may have stayed out late that Saturday night, dancing to Fezz Fritsche and his Goosetown Band at the fabulous, air-conditioned Avalon Ballroom in La Crosse.  Also, you might find air conditioned comfort at the neighborhood laundromat.  The Giant Wash laundromats had washers which could clean 19 pounds of clothes at a time for just 30 cents.  Giant Wash had two locations in La Crosse…at Gillette and Charles Streets, and at Losey Boulevard and Ward Avenue, next to McDonald’s.  In 1960, yesterday in La Crosse.