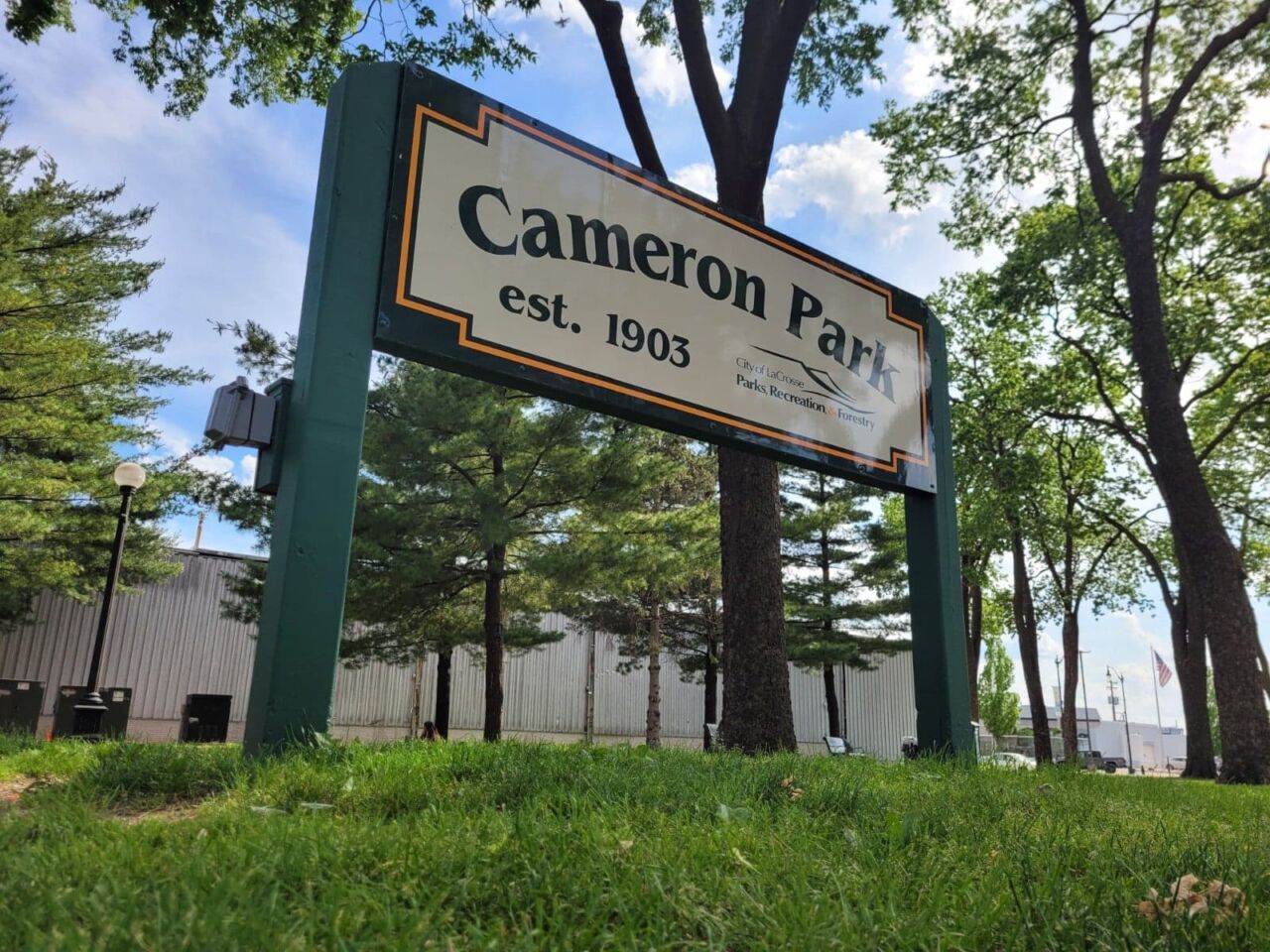 In the summer of 1985, Madison’s Freedom from Religion Foundation launched its first effort to have a 10 Commandments marker removed from La Crosse’s Cameron Park. It was the most prominent complaint anyone had made about the stone monument since it was installed in to honor volunteers who battled the 1965 flood. About 800 people signed petitions, asking the city to keep the marker in the park…and the city council voted to leave it there.  After more complaints over the years, the local Eagles Club bought the piece of land where the marker stood, and fenced it off.

Earl Karr was sentenced to 18 months in prison that summer.  Karr was convicted of possessing explosive devices…pipe bombs, apparently as a protest against police oppression.    The previous year, Karr had planted homemade bombs in Wisconsin, Illinois, and Minnesota, before getting arrested in Iowa when a bomb went off in the trunk of his car.  Six of the pipe bombs were discovered in La Crosse, including one near the St. Joseph Cathedral.

Hit movies that summer included “Back to the Future,” “Rambo,” and “The Goonies.”  On TV, the show “Moonlighting” with Cybill Shepherd and Bruce Willis became a success, leading to a string of similar oddball detective series, including a mother-daughter private eye team, and another detective whose three ex-wives helped him solve cases…in 1985, yesterday in La Crosse.