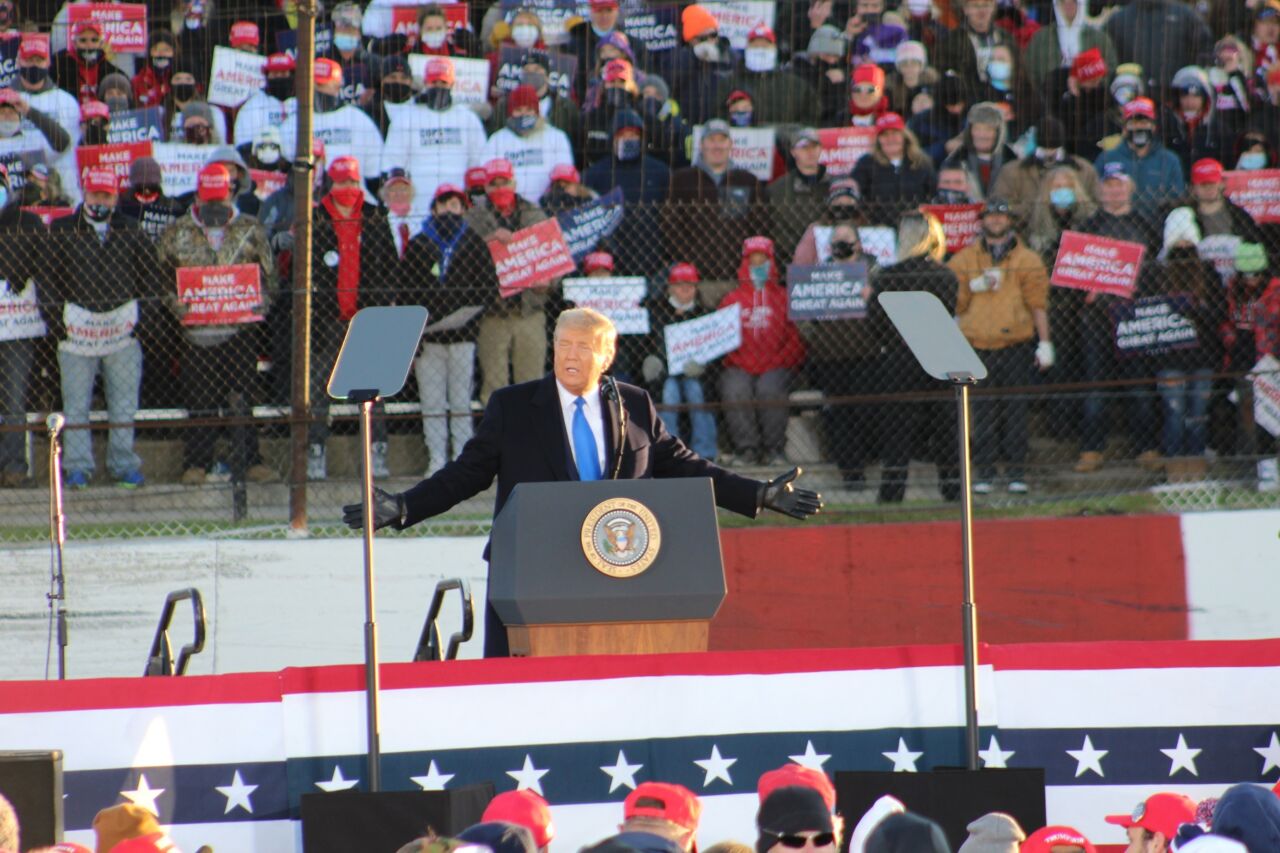 A week before the 2020 presidential election, Donald Trump held a late afternoon campaign rally at the La Crosse Fairgrounds Speedway in West Salem.

Then-candidate Trump rode around the track in his limousine before the Oct. 27 speech, where he called challenger Joe Biden “soft” and “weak” and accused the Democrat of wanting to delay a COVID-19 vaccine.

Others appearing at the speedway rally included 3rd District House candidate Derrick Van Orden and the founder of My Pillow, Mike Lindell.

Trump originally had been scheduled to speak in early October at the La Crosse airport.

There were objections, and the rally was moved to another Wisconsin site but it was all cancelled when Trump came down with COVID.

Trump predicted a red wave in Wisconsin on election day but Biden officially won the state by over 20,000 votes.

Also on that same weekend, the pandemic led to the start of a new Halloween attraction in La Crosse — the Haunted Mile at Pettibone Park, where families could drive through the park to see actors playing monsters and ghosts. It was a substitute for the traditional haunted houses in the fall of 2020, yesterday in La Crosse.