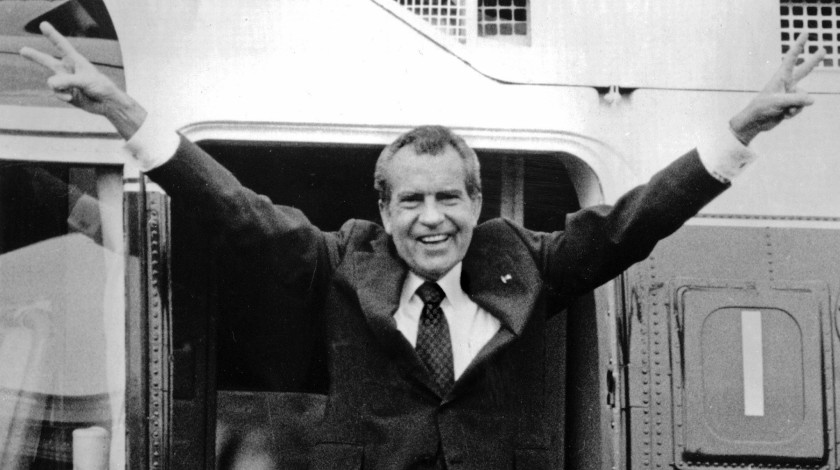 Americans would crowd around TV sets on the night of August 8th in 1974, as the two-year Watergate scandal was about to come to an end.    President Richard Nixon spoke at 8 o’clock, La Crosse time, saying he didn’t have enough political support in Congress to remain in office. The La Crosse city council paused its regular monthly meeting to watch Nixon’s address.  Mayor Peter Gilbertson wasn’t happy about the resignation, because the impeachment charges against the president had not been voted on yet by the House.  Gilbertson thought that former New York Governor Nelson Rockefeller might have plotted the scandal, as revenge for losing the presidential nomination to Nixon in 1968.

Nearly 200 students graduated from the technical school that Thursday night, during a ceremony at the Sawyer Auditorium.  At the Vogue tavern on George Street, some customers wanted to watch a pre-season football game instead of the Nixon speech.  An International Mime Festival was wrapping up at Viterbo College that week.  And the Monroe County Fairgrounds in Tomah was hosting the National High School Rodeo.

On the radio, WKTY picked up the syndicated John Doremus show.  Doremus was known for playing a medley of hit songs tied together by a common theme.  His show had been heard on the easy-listening WWLA-FM until that summer, when the station switched to a top-40 format and was nicknamed LA-93, in 1974, yesterday in La Crosse.