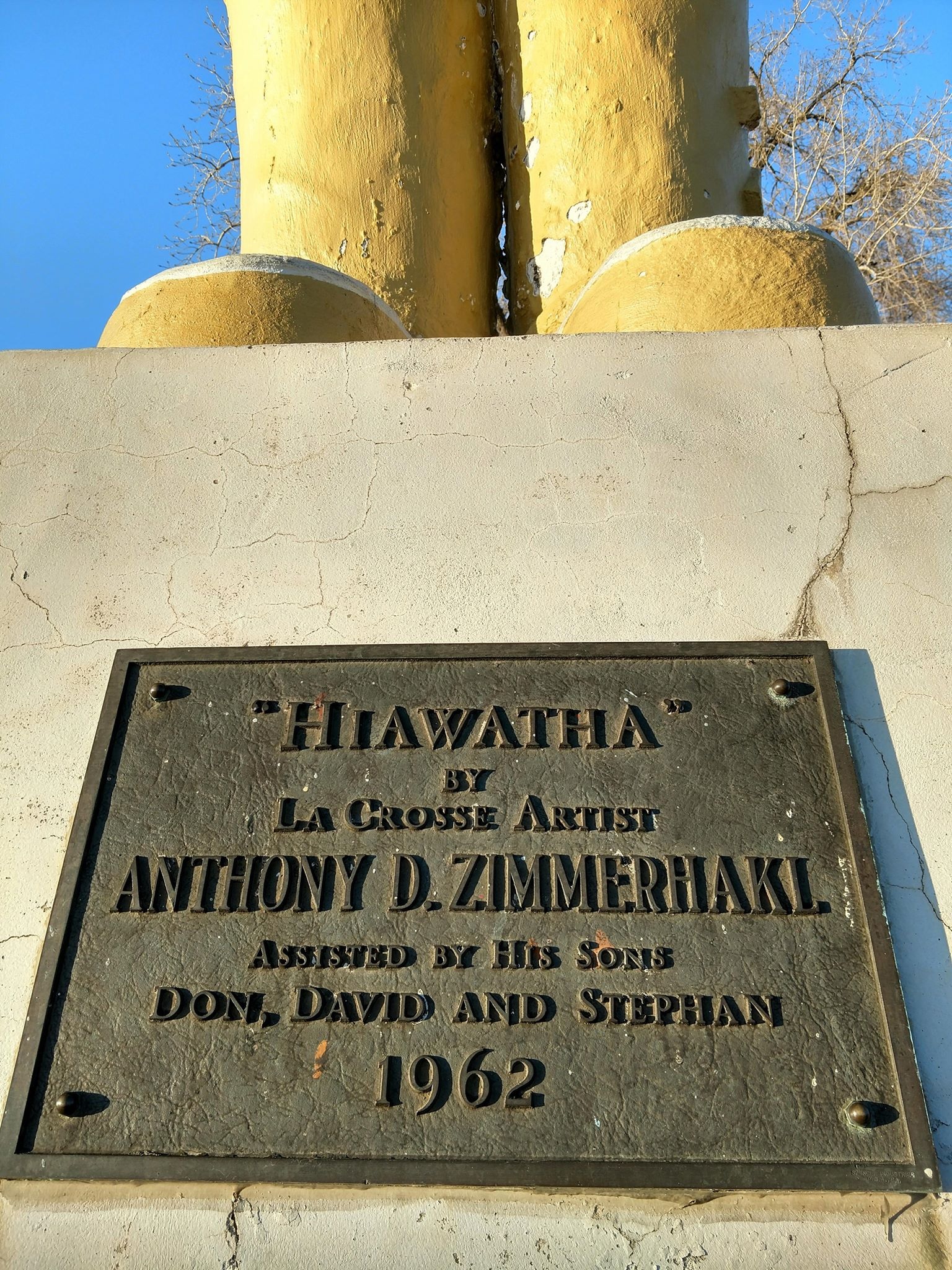 In October of 1961, a large statue of an Indian was installed at the north end of La Crosse’s Riverside Park. The 25-foot statue by Central High art teacher Anthony Zimmerhakl was designed to symbolize all the native people of the area. It was not supposed to have an official name, but a plaque installed later identifies the Indian as “Hiawatha.”

The Big Indian was put in place on October 12th…Columbus Day. Coincidence? Well, maybe. A Tribune story says the city wanted to have Hiawatha standing in time for the start of the first Oktoberfest on the 13th. The beer garden was located next to the Sawyer Auditorium, and a “farm fair” was set up at Rose and Gillette Streets. The Miss Oktoberfest pageant and the Coronation Ball were scheduled for the first night of fest, inside the auditorium.

Just before Columbus Day, a famous fake Italian passed away. Comedian Chico Marx of the Marx Brothers was 74 when he died. Chico, real name Leonard, was known for his mock Italian accent and his piano playing. He and his brothers Groucho, Harpo, and Gummo performed in La Crosse at least once, at the Majestic Theater in 1912. Chico’s stage name was pronounced “CHICK-o” and originally spelled “Chicko,” as a nod to his reputation as a ladies’ man and “chick chaser.” The “k” was dropped later, but the pronunciation stuck. We said goodbye to Chico, 59 years ago, yesterday in La Crosse.