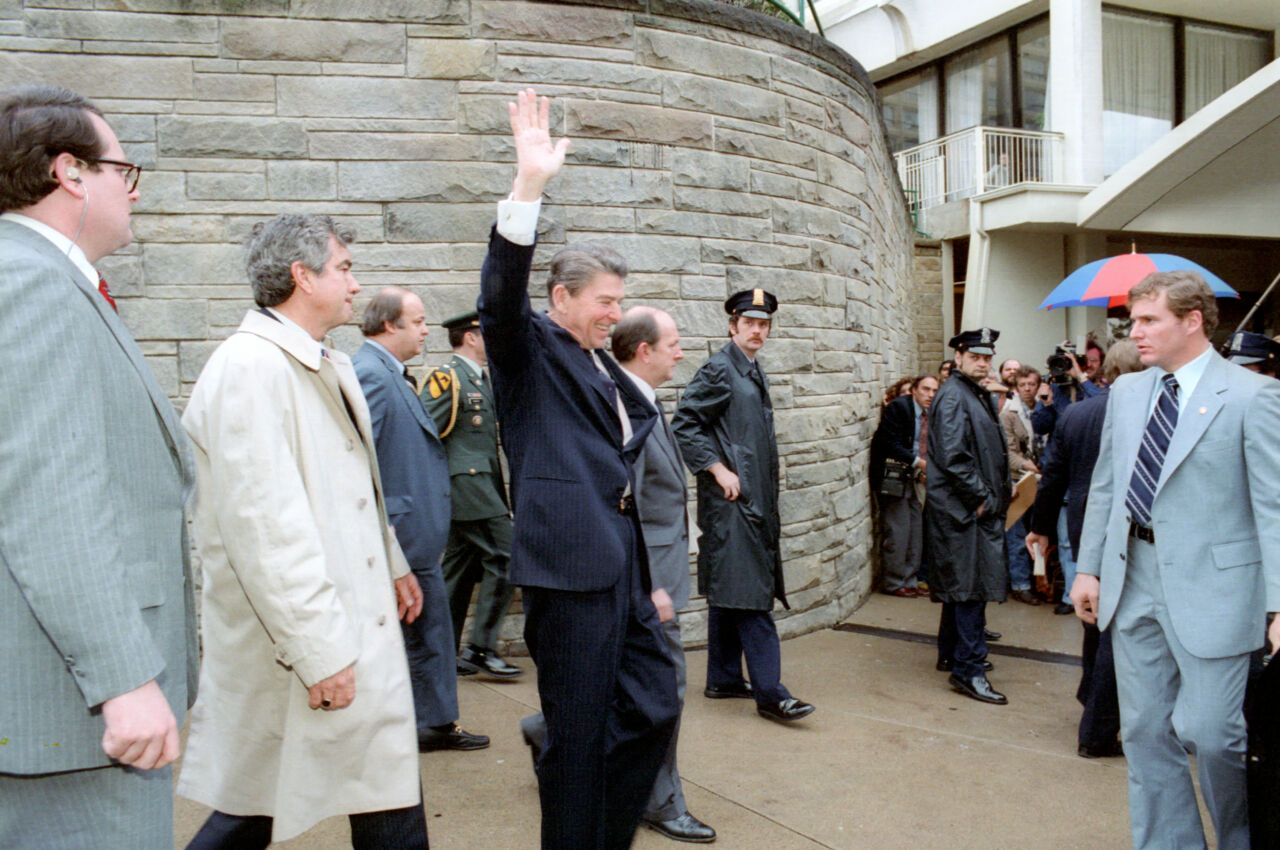 It’s happened five times in American history…a president has been shot while in office.  Abraham Lincoln was the first, in 1865.  Then Garfield, and McKinley, and John Kennedy was killed in 1963.  March 30th of 1981, Ronald Reagan had been president only two months.  Gunfire broke out as Reagan was leaving a Washington hotel after giving a speech.  Police counted four people hurt, including a Secret Service agent and White House press secretary Jim Brady.  Reagan was rushed into a limousine, but when he started feeling ill, he was taken to a hospital.  The TV networks started live coverage as the story developed.  Frank Reynolds on ABC is remembered for becoming upset when he reported that Reagan was not hurt, only to be told live on the air that the president actually was injured, hit in the chest.

Reagan had surgery, and spent days in the hospital, but became the first sitting U.S. president to survive an assassination attempt.  The shooter, John Hinckley, said he committed the crime to get the attention of teenage movie star Jodie Foster.    The Oscars were delayed for a night because of the shooting.  The NCAA basketball final went on as planned.  John Chancellor reported that night on NBC, wondering why “these incidents seem to keep happening, and that is a real puzzle, and a tragic puzzle.”