A shooting, a standoff, and a freezer combine for an unusual crime story, 15 years ago, Yesterday in La Crosse 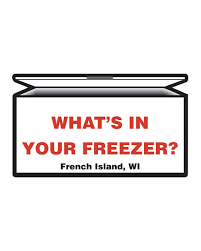 Fifteen years ago, on April 22nd, 2005, police were called to a gray house on French Island.  A young boy had told his parents that a neighborhood man had hit him and grabbed his bicycle, for riding too close to the man’s house.  The parents went to talk to the neighbor, who ended up shooting the dad in the shoulder.  The shooting brought officers to the house of Philip Schuth, where they stayed all night, 15 hours, before Schuth gave up.  During the standoff, police learned that Schuth had explosives throughout the house, in case someone tried to intrude.    Schuth didn’t have a job.  He supported himself by cashing his mother Edith’s Social Security checks.  Schuth hadn’t told anybody that his mother had died, of natural causes.  Five years earlier.  There had been no burial, because Mrs. Schuth was still inside the house.  In a freezer, and covered with ice.  Police wondered why Philip hadn’t told anyone that his mother was dead.  He thought people would accuse him of murdering her.  A federal court convicted Philip Schuth of unlawfully spending those government checks, and he went to prison for seven years for shooting his neighbor.  The old gray house eventually was torn down.  Stories about the case revealed that Mr. Schuth was a fan of actress Jennifer Garner, the star of credit card commercials which ask “What’s in YOUR wallet?”  And somebody apparently made a buck or two selling refrigerator magnets, in the shape of a freezer.  Displaying the question “What’s in YOUR freezer?”  The Schuth standoff happened in 2005, yesterday in La Crosse.