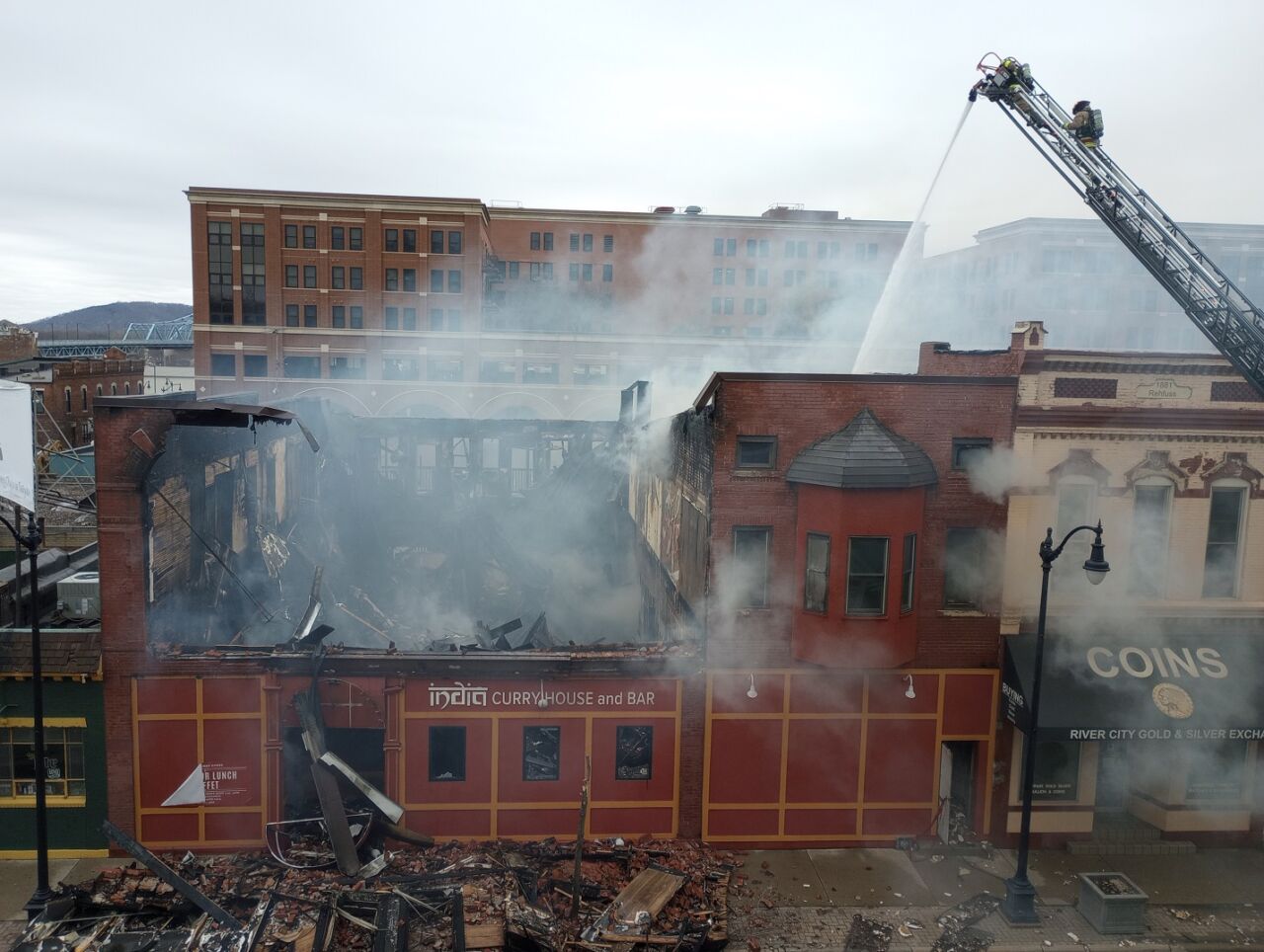 A long-time restaurant building in La Crosse is nearly a total loss from an early-morning fire, and smoke has spread to a business next door.

Firefighters have been battling flames at the India Curry House, 318 4th Street S, since about 4 a.m. Fire gutted both floors of the building, formerly the Hunan restaurant, and much of the front wall collapsed onto the sidewalk and street around 7 a.m.

Smoke was also seen coming out of businesses to the north, including River City Gold and Designing Jewelers. No fire or smoke was seen inside the Glory Days bar, to the south of India Curry House.

Traffic on 4th Street north of the bridge has been detoured to the 7th Street area, with cars returning to 4th near City Hall.

The fire department has not reported a cause for the downtown fire, and it’s not certain whether anyone was injured.

Northbound traffic is blocked at 4th and King.  Hazy smoke has spread for a few blocks around the restaurant.