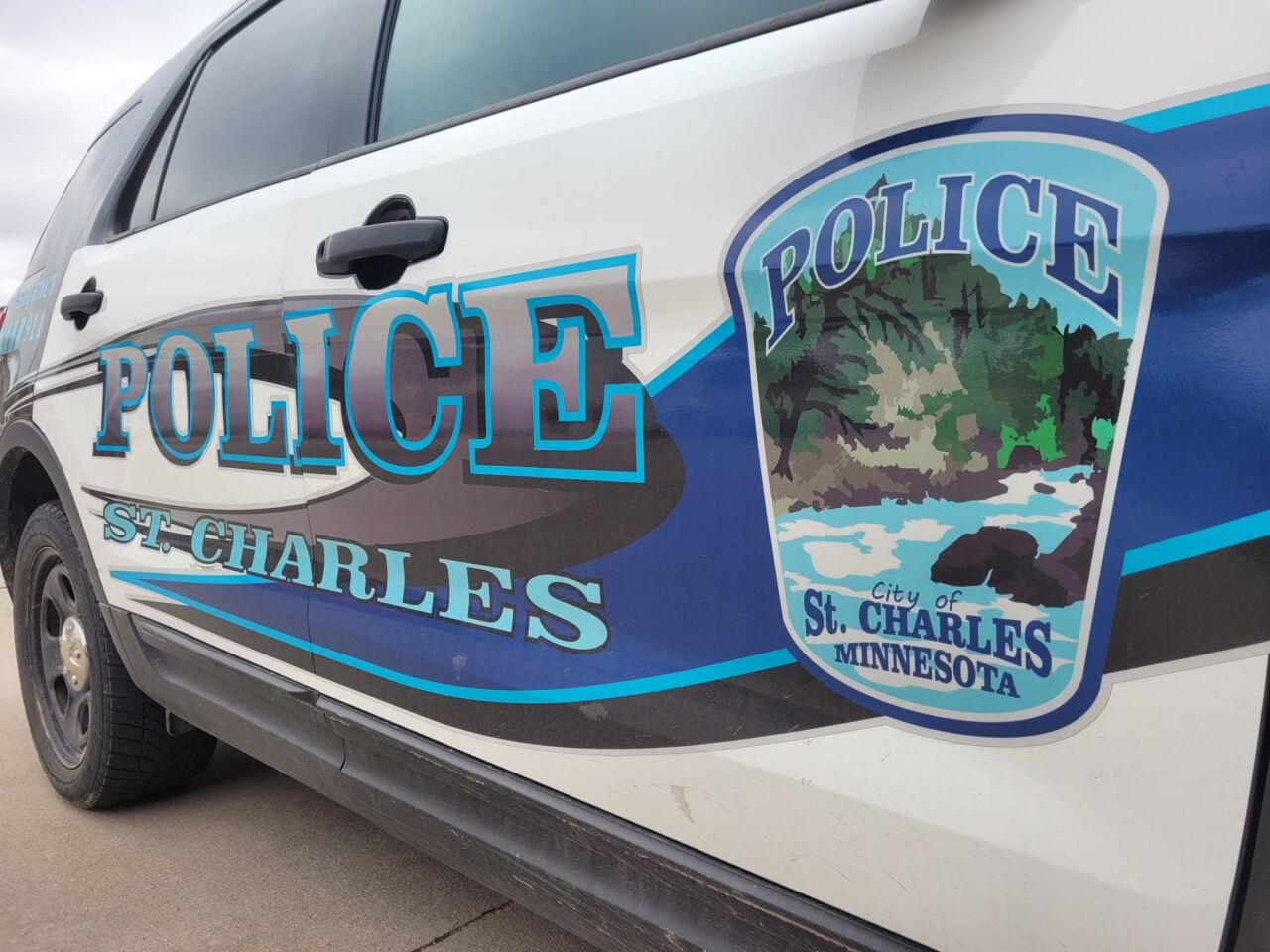 (This story has been updated throughout the day)

ST. CHARLES, Minn. — A failed traffic stop in St. Charles, after a suspect ran a stop sign, led to a mistaken “shelter in place” for all of Winona County on Thursday.

St. Charles Police Chief Jose Pelaez did apologize for the “inadvertent” shelter in place and did eventually arrest a 26-year-old Red Wing, Minn., native after a five-hour search.

“We apologize for any concerns or inconveniences that this might have caused,” Pelaez posted on social media. “Additionally, we also learned that the St. Charles Aquatic Center and the St. Charles schools went into lockdown as a precaution.”

The ordeal began around noon Thursday when St. Charles Police initially tried to pull Anderson over after he ran a stop sign and nearly collided with an officer. Police said Anderson then ran two more stop signs and the pursuit began. Once Anderson got to the 700 block of Meadowview Drive, he stopped at a dead end, got out of his vehicle and ran off.

That’s when the shelter-in-place order was issued for that area, but inadvertently went to all of Winona County, as well. It was ordered because police were not aware if Anderson was armed or not.

Police also hadn’t yet identified Anderson. That didn’t come until they questioned the female passenger in his vehicle.

After two hours of searching from multiple agencies (listed above) and the state patrol’s helicopter, police called things off with no findings and ended the shelter-in-place order, as he was determined not to “present an immediate threat to the public,” police said.

It wasn’t until a report around 5 p.m. came in spotting Anderson in Dover, that police did end up arresting him in that wooded area, after he was seen walking down a gravel road.