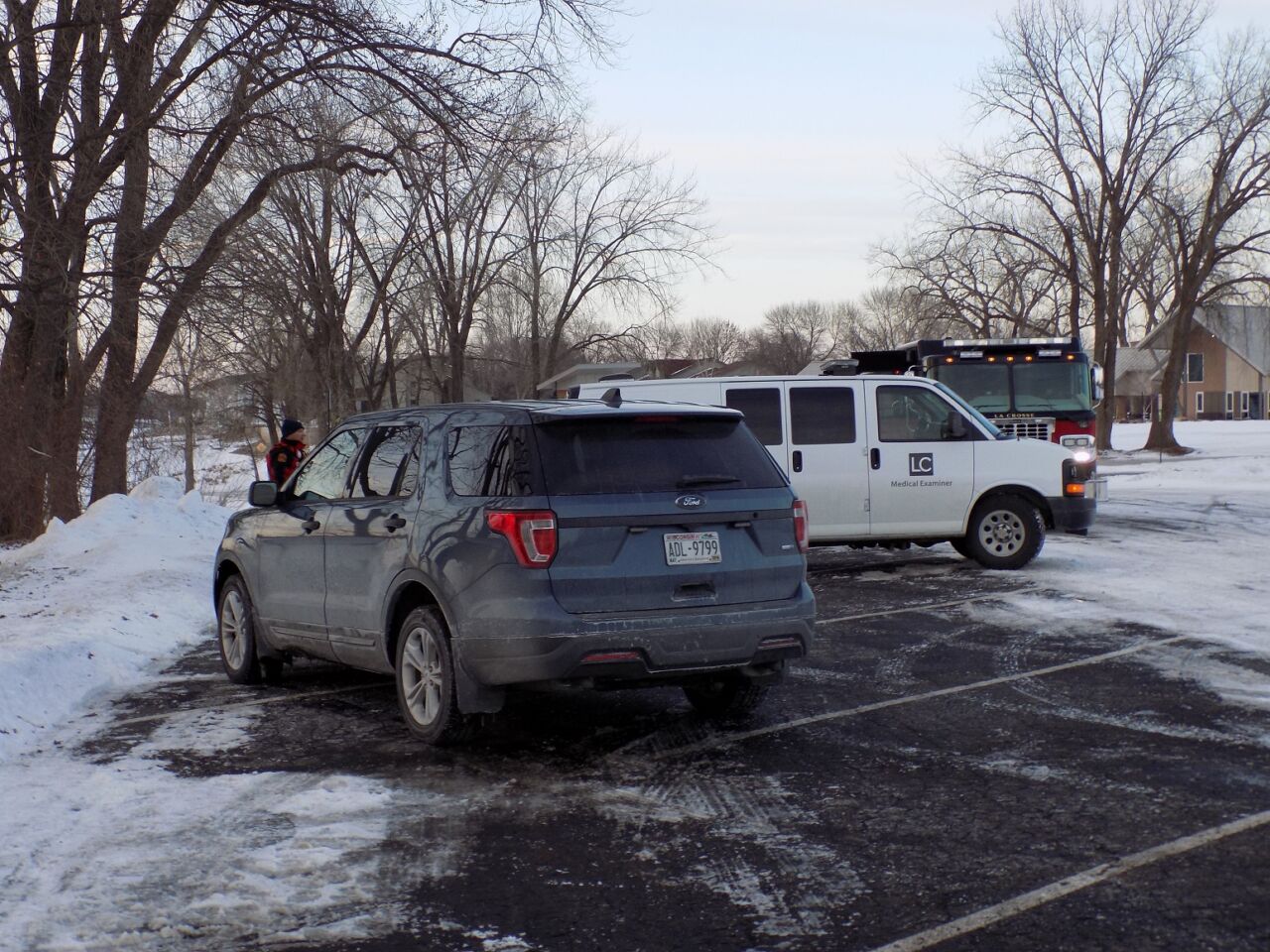 A coroner truck parked near the Clinton Street boat landing in La Crosse, after a body was discovered in the Black River on Feb. 23, 2022. (PHOTO: Brad Williams)

A body has been recovered from the Black River, at the Clinton Street boat landing in north La Crosse.

Police and other emergency crews were called to the river around 4 p.m. Wednesday, when a set of footprints on the river ice led to open water.

The body was recovered a short time later, and was taken from the scene by the county medical examiner.

City police have not released information identifying the person yet, pending notification of relatives.