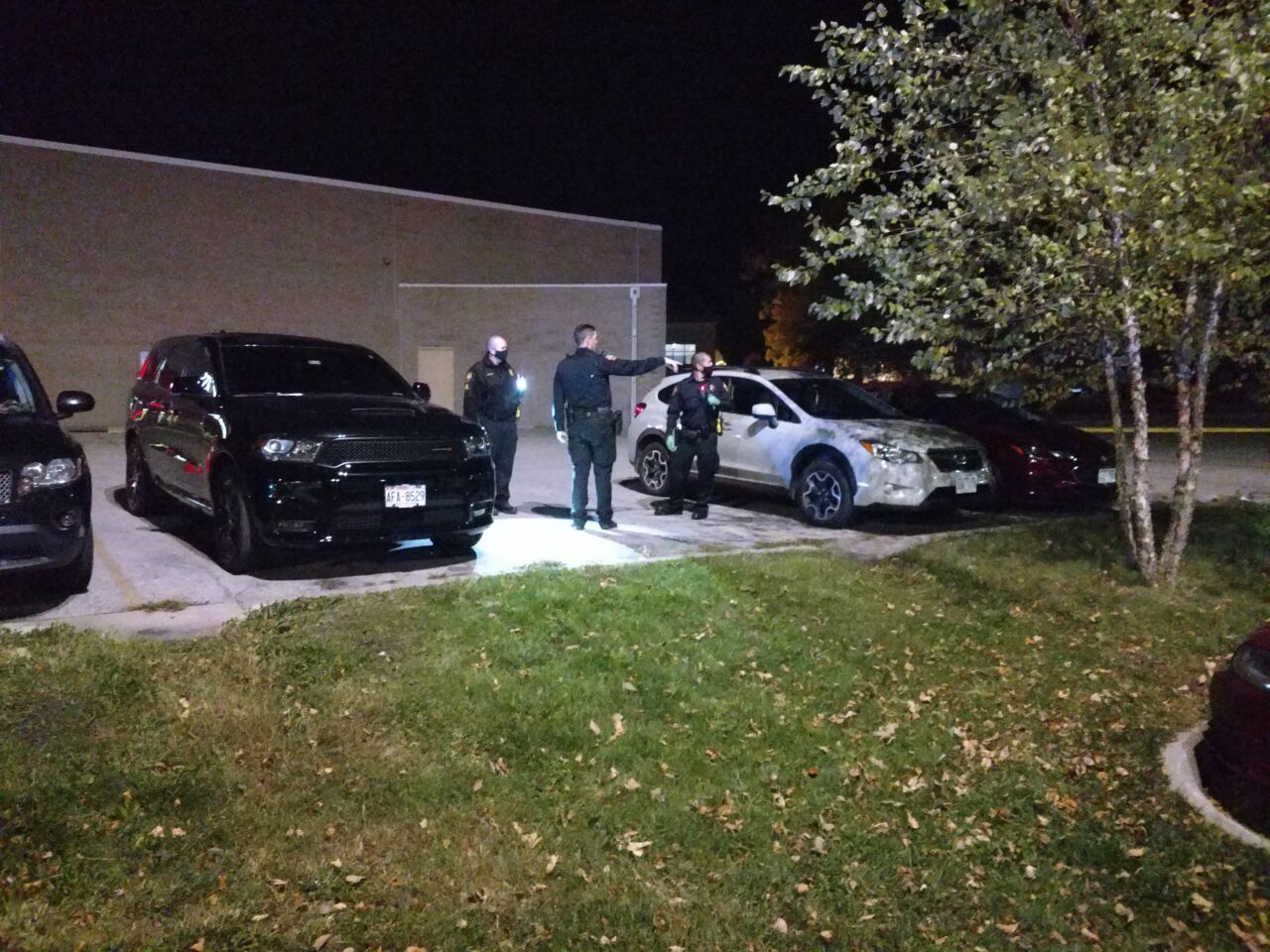 La Crosse police search near where witnesses say a man was shot in the parking lot outside Chuck E. Cheese, near Valley View Mall.

He stood at the counter, telling everyone inside he had just been shot.

Irwin Dykes was the first to help him. Dykes said the man was shot in the back, just below the neck. He was standing at the counter of Chuck E. Cheese in La Crosse, bleeding for a minute or two.

With nobody else approaching, Dykes went to help the man.

“He came back in,” Dykes said, “he was bleeding, he was hollering. He stood right there at the counter, saying ‘He just got shot.’ He was standing up against the counter.

“I looked at everybody, and was like, “Ah, I gotta do this.’ I threw his arm over me, grabbed him by his belly, and put pressure on the bullet wound on the back of his neck and helped him out. It was pretty intense.’

Dykes, who was there with friends and family, said the man had been inside Chuck E. Cheese with some children and a woman, before walking them out.

It was some time after that when he was shot in the parking lot nearest the doors. He then came back into the restaurant asking for help.

“(Blood) all running down his back, all around, down his chest,” Dykes said, his arms covered in the man’s blood, after helping him. “All down his arms. On the counter, actually, on the floor.”

Dykes helped him outside, and said they waited for 3-4 minutes for the ambulance. The shooting happened around 8 p.m. Wednesday.

“He said he was feeling dizzy,” Dykes said. ” I told him, ‘Don’t pass out.’ We got him water. He said he was walking in and got shot in what felt like the back of the head.”

Dykes and other witnesses say he was shot in the back, just below the neck by the spine.

“He was like, ‘I need help. I need help now.’ He knew it was urgent,” JoAnna Brumfield said as Dykes was wiping the man’s blood from his arms. “He came in and knew what happened, ‘I got shot.’

“But they asked him if he saw who shot him and he said no. Obviously he got shot walking away from someone. He don’t know who shot him.”

Police had no comment not long after the shooting, as multiple officers were searching the parking lot, likely looking for bullet casings.

Other officers were talking to the woman who was with the man that was shot. She had a small boy with her.

Others heard police say they were not getting a lot of cooperation. It didn’t appear that police had a suspect, either.