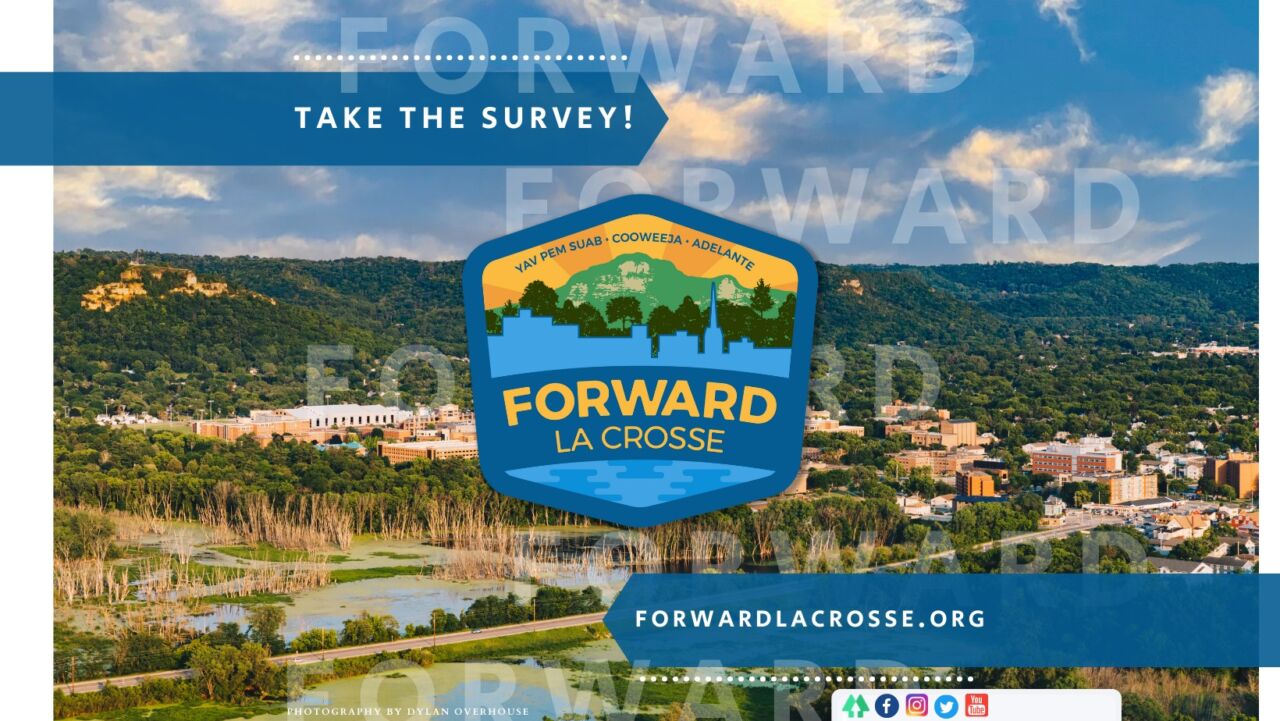 The future of La Crosse is guided by its community.

Where people who live and work here want to see the city go, how they want the city to grow, is being developed right now through a campaign launched this week called Forward La Crosse.

It’s a community-driven look at the city over the next 15-20 years, and how the people that live and work here want to shape it.

It’s not a new initiative, though it hasn’t been done very often in the city.

“Our last plan that we adopted was in 2002,” La Crosse city planning administrator Tim Acklin said Thursday on La Crosse Talk PM. “It was called Confluence. It was a really well-written plan. It was the first (comprehensive) plan the city had since the 1960s.

“Almost 20 years old now, that plan’s largely outdated. A lot of the plan was implemented. And then since, 20 years ago, there’s a lot of new emerging issues, trends, concerns that have arisen, that our plan doesn’t address, that we want our current plan to address.”

The city launched the Forward La Crosse campaign this week and will gather feedback from those who take part for the next year or more.

The ways in which to provide feedback on the future of La Crosse are pretty endless. The most important aspect though, is getting participation from those who live and work in the city.

“I mean we can make the plan, but to have these plans successful, they need to be championed and supported by the community. These plans are supposed to be, ‘How do you, community, citizens of La Crosse, want our city to grow over the next 15-20 years in these particular areas?’”

Right now, there’s a survey on the site, but it will include so many other ways to provide feedback — from the traditional, like neighborhood meetings, to uploading photos to the site and providing commentary on, well, basically however you see fit. There’s also a voting game and ranking survey on the site.

“The comp plan is supposed to cover goals, strategies, objectives and future projects over various areas of the city, like economic development, historic preservation, parks and open space, neighborhoods, land use, urban design,” Acklin said. “You name it.”