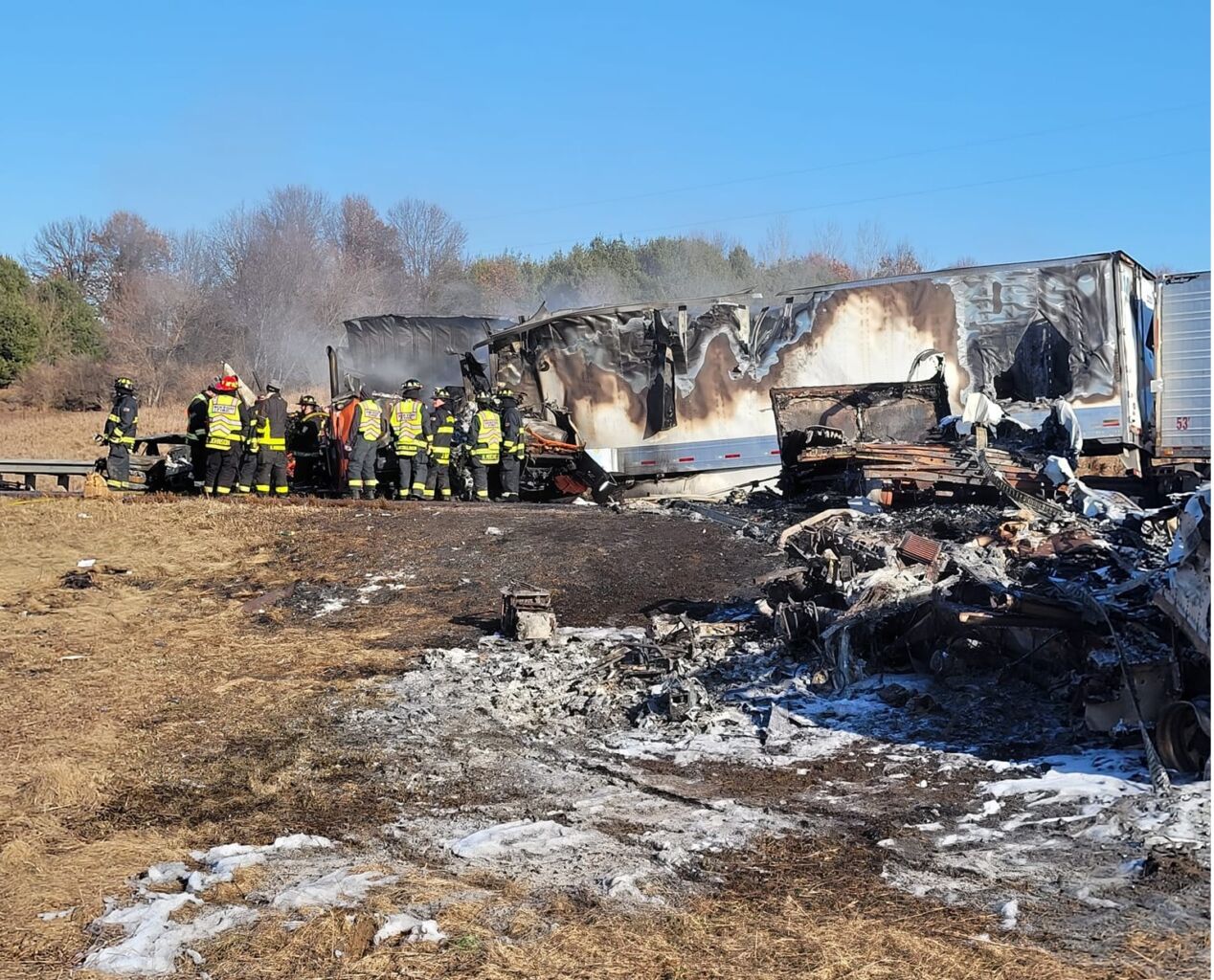 Interstate 94 in Jackson County in both directions is reopened, after a series of crashes, including a 50-vehicle pileup, due to icy conditions shut down the highway.

The Wisconsin State Patrol will finish cleaning up stretches of the highway over night. Traffic was shut down in both directions around 6 a.m. and didn’t reopen until 9:30 p.m.

At least five people were taken to hospitals after multiple crashes that shut down on I-94 near Osseo, Wis., on Thursday.

Mayo Clinic Health System reported five people were brought to their Osseo hospital, with one being transferred to Eau Claire, and three others being treated and released.

No deaths have been reported, even though about 50 vehicles were damaged in the pileup, with multiple ones on fire. Hixton Fire and Rescue said only one person had to be extricated.

The State Patrol said in a statement that freezing rain early Thursday left the interstate between Menomonie and Black River Falls icy.

About 5:45 a.m., a semi-trailer apparently slid into the median and caught fire with two cars underneath it. Other crashes and run-offs occurred around the semi-trailer.

The crashes forced authorities to close both eastbound and westbound lanes of I-94 for several miles around the accident site.

The original reports of more than 100 vehicles involved in a pile-up have been downgraded.

Hixton Fire and Rescue said, while 50 vehicles were involved, another 70 other were intermixed within the scene but didn’t get damaged.