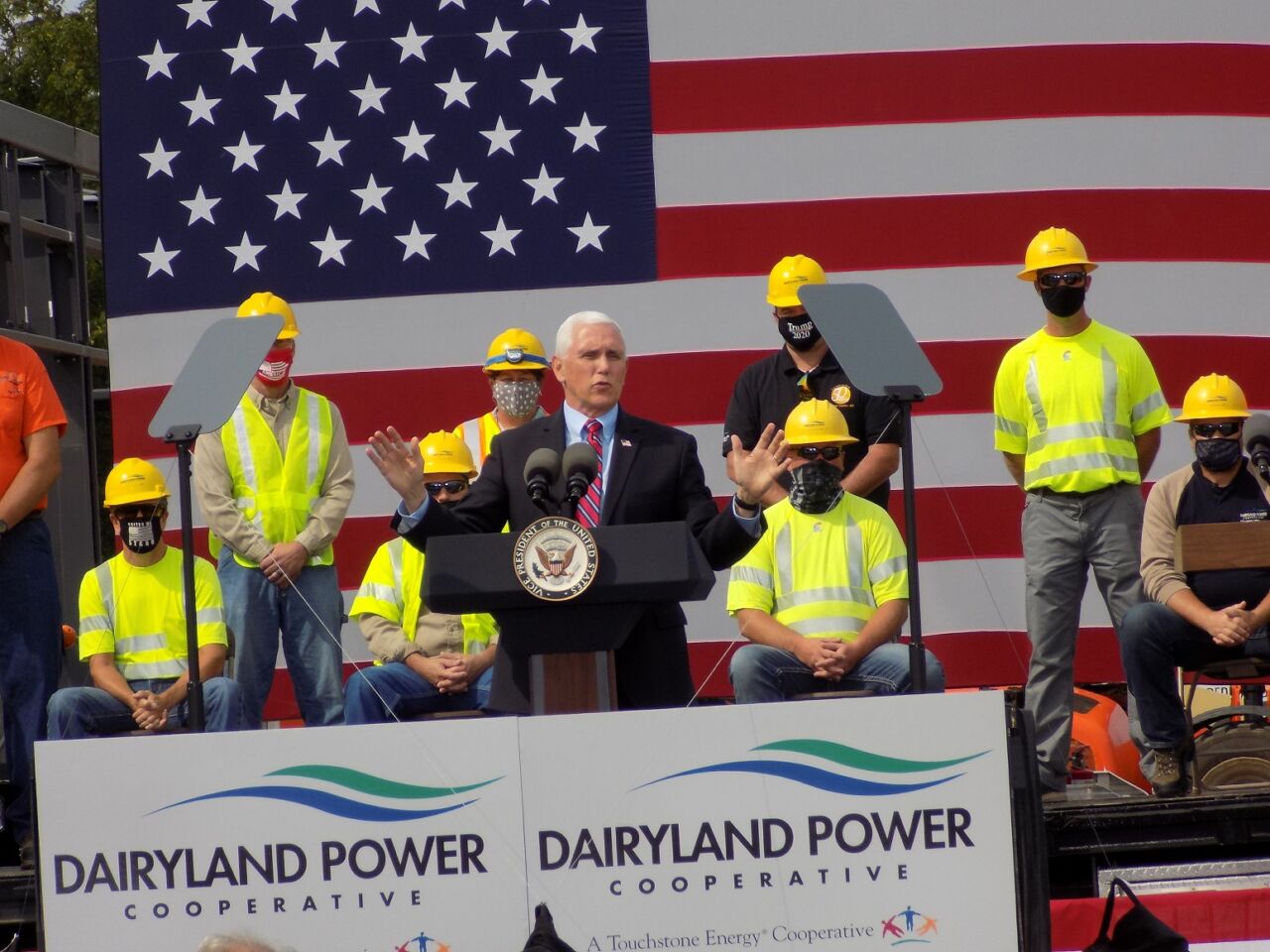 Vice President Mike Pence promoted an economic comeback from the lows of the pandemic, and praised working people during a Labor Day speech at Dairyland Power in La Crosse.

Republican Pence spoke for a half-hour to about 300 people gathered in a parking lot near at the Dairyland headquarters along East Avenue.

“I promise you that we’re never going to stop fighting for working people all across Wisconsin and all across America,” said Pence.

The vice president also said the U.S. is exporting more energy now than in the last 70 years.

Traveling with Pence was Labor Secretary Eugene Scalia, who said the Trump administration has created 10 million new jobs since May, and has brought unemployment back down to 8.4 per cent from double-digit highs after the COVID-19 outbreak began.

Both Trump supporters and local Black Lives Matter demonstrators gathered on East Avenue during the Pence rally, and they stood on both sides of the street as the motorcade left the Dairyland property.