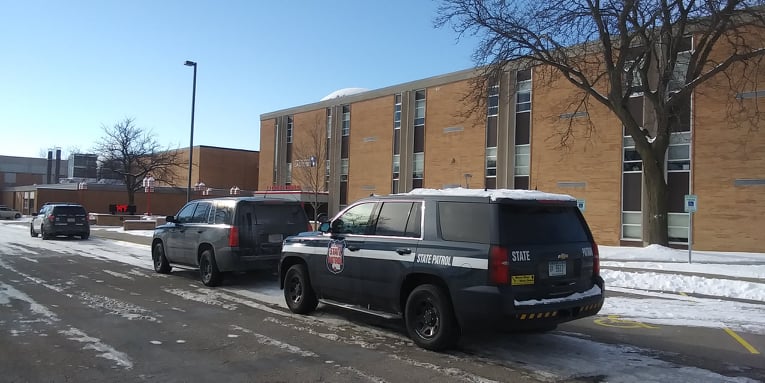 Central High School was evacuated Monday because of a bomb threat.

The threat appears to have been sent by email, and the La Crosse Police Department will continue to investigate.

The Wisconsin State Patrol provided the canine teams for the La Crosse P.D. to use during the investigation.

Students were evacuated early Monday to the district’s designated site at Longfellow Middle School, while emergency personnel and first responders were on scene at Central.

“This morning, a threat was reported at La Crosse Central High School. Students and employees are evacuating to the school’s designated alternate site at Longfellow Middle School and will remain there for the immediate future. Students who ride the bus will be transported home from Longfellow via their PM bus routes. Students with vehicles at school are being released to transport themselves home. All other students can be picked up at Longfellow Middle School.

“Emergency personnel and first responders are on scene at Central High School. Traffic in and out of the area around Central is restricted, and you are asked to avoid this area until further notice. Additional information will be communicated to you as soon as possible.”

As with any threat, the La Crosse Police Department asks anyone with information to utilize; SPEAK UP, SPEAK OUT – https://speakup.widoj.gov/ or La Crosse Area Crime Stoppers at 608-784-TIPS or submit online at https://www.p3tips.com/459. You can also download the Crime Stoppers App “P3” to submit a tip via your phone.