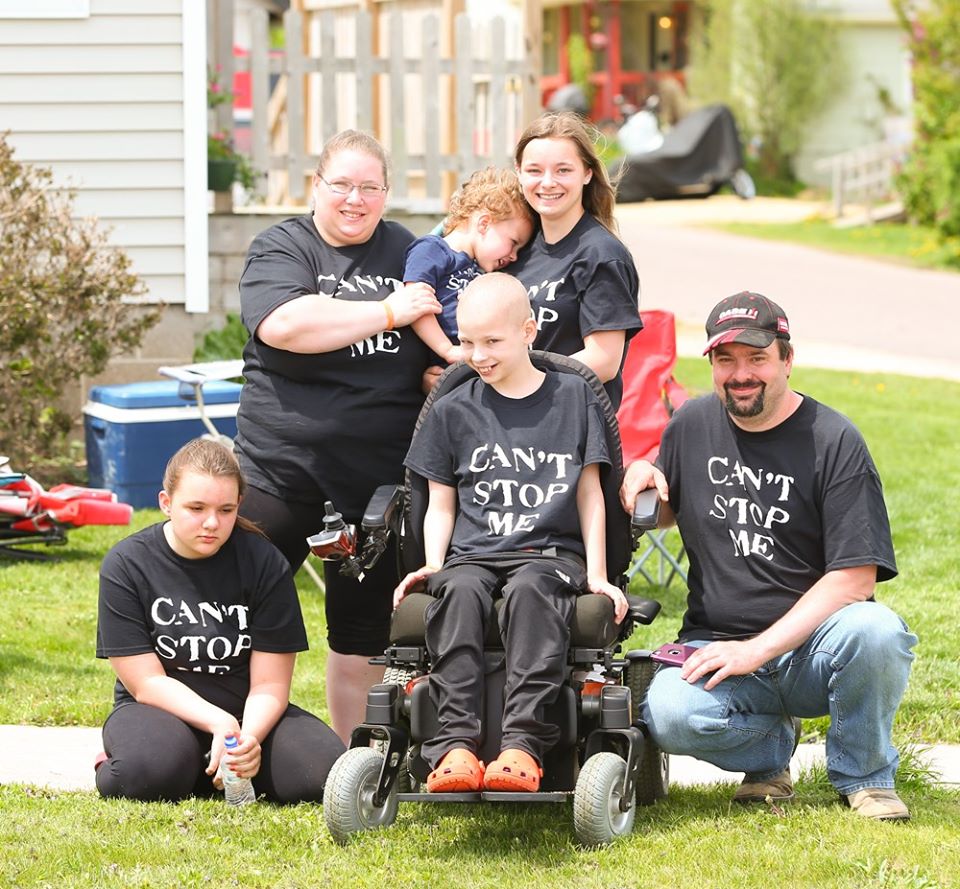 Hundreds revved their engines in support of a Viroqua boy making his dream come true.

Austin Winder of Viroqua was the child of honor for this year’s Big Bikes for Little Tikes with 95.7 The Rock’s Rock Foundation. The motorcycle ride and fundraiser will help make Austin’s wish come true to have a Northwoods lake getaway with his family.

Although this year’s Big Bikes for Little Tikes looked different because of COVID-19, community support could not be swayed. The ride and was converted into a ride-by motorcycle parade to Austin’s home.

In addition to the event on May 16, Austin and his family had a heartwarming surprise from an anonymous donor. An individual contacted 95.7 The Rock with a to see if Austin would be interested in a power wheelchair. His parents, Nicolle and Tony Winder, showed Austin pictures of the chair and decided it would be a great fit.

The gentleman dropped off the chair at Midwest Off Road Center in La Crosse where the business did some maintenance work on the chair as well as installed a lift in the family’s vehicle while donating a large portion of the costs.

“It definitely meant a lot,” Tony said. “It just shows that there are really some great people out there.”

Enjoying his new freedom to move, Austin spent one of the first weekends in his new chair racing his brother who used a battery-operated truck.

Austin’s unique journey started June 1, 2019. He had a horrible headache and went into the emergency room in Viroqua. After a CT scan, he was transferred to Madison where medical staff had to drain spinal fluid. There was a mass creating a block and causing the pressure for his headache. He was diagnosed with Medulloblastoma, a form of brain cancer. Four days later, Austin had the tumor removed.

“As a result of the tumor removed, he lost his ability to eat, speak, and walk,” Nicolle said. “He’s finally able to speak now after we’ve had therapy. Then he had 30 rounds of radiation and chemo throughout the summer. He spent all last summer in the hospital.”

Despite all of the obstacles, 4th Grade Austin keeps smiling and working towards a strong recovery and hopes to walk again someday soon.