Siblings from Holmen honored as lifesavers for helping their ailing grandmother, who made surprise visit to ceremony 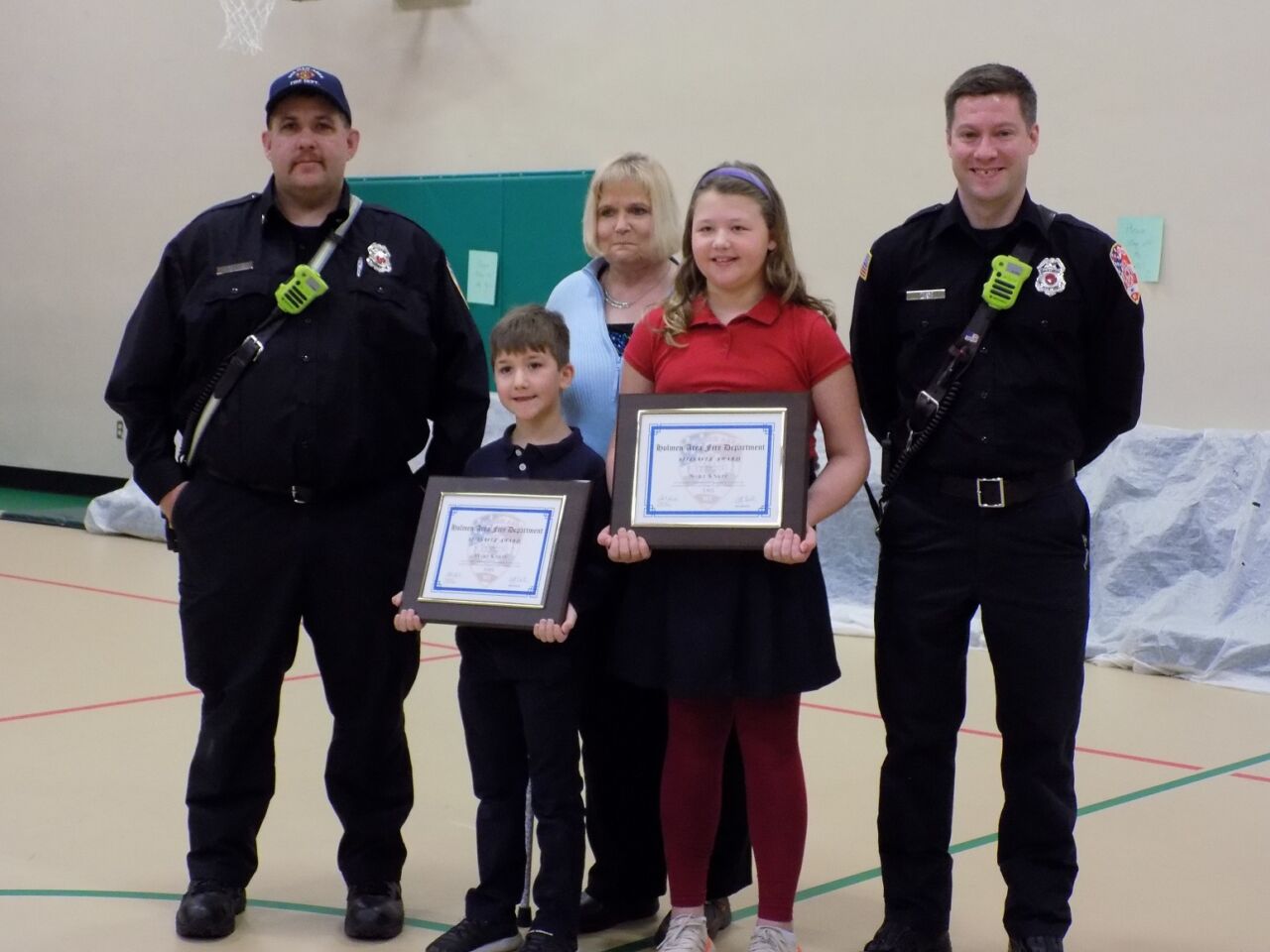 You’re never too young to learn how to save a life.

That’s what a Holmen fire chief told students at St. Patrick’s School in Onalaska on Thursday, as firefighters honored a brother and sister there for getting help when their grandmother had an apparent stroke last month.

Nora Knapp says life-saving skills she learned in Scouting came in handy when her grandmother, Laurie Hampton, became ill, while they were making crafts on New Year’s Day, along with her brother Sylus.

“I was painting there, and I looked over at her and she kinda seemed kinda like woozy, like her head was like bobbing, and I was like, this is not right,” Nora said Thursday at the ceremony.

Using medical skills she learned through Scouting, Nora got a low blood pressure reading from Hampton and called 911 in Holmen.

Firefighters treated Hampton before taking her to Gundersen Health System in La Crosse for treatment.

“They told me, like, look for signs, how is this person responding, how are they reacting to the situation,” she said.

Holmen firefighters presented Nora and Sylus with Lifesaver Awards during an early-morning assembly in the St. Pat’s gym.

Grandma Laurie, walking with a cane, surprised the kids with an appearance at the assembly, and stood with them to pose for pictures.

Students in the audience also sang “Happy Birthday” to Hampton, celebrating her birthday on Thursday.