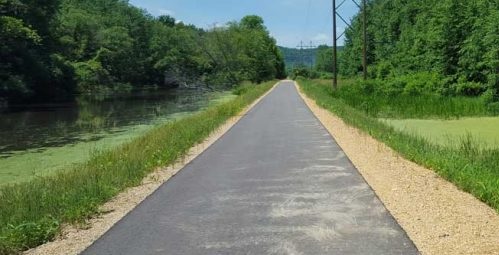 La Crescent is getting ready to build a new bike and pedestrian bridge, as part of a recreational trail.

The La Crescent City Council was told Monday night construction of a walkway over Highway 61 is expected to start sometime in 2020.

That federal money, however, has to be channeled through the Minnesota DNR.

The bridge would probably be an extension of 1st Street in La Crescent and would be part of a Wagon Wheel Trail connecting Minnesota and Wisconsin.

A design for the bridge could be approved by the end of 2019.

That would result in a tax saving for a typical La Crescent homeowner of about $23.

The $50,000 reduction is being made because the city has that same amount available in other funding to do sealcoating of La Crescent streets.

CORRECTION: This story originally made reference to a hypothetical Houston County household that might see a $1000 increase in its tax levy in one year. The $1000 increase was not what a typical household would experience, but reflected a home that would go up in value by $50,000. The example was used as an argument for lowering the tax levy.