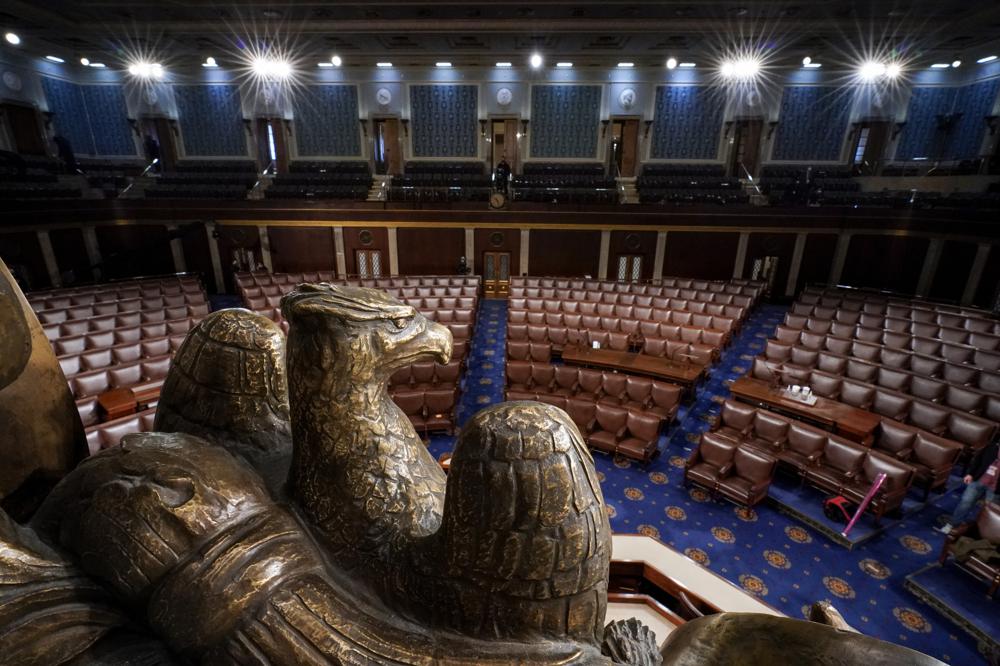 FILE - The chamber of the House of Representatives is seen at the Capitol in Washington, Monday, Feb. 28, 2022. (AP Photo/J. Scott Applewhite, File)

A special election in the US House of Representatives to represent Minnesota’s First Congressional District.

I was able to get a hold of the two major party candidates in the race, Democratic-Farm-Labor Party’s Jeff Ettinger and the Republican Party’s Brad Finstad.

Asked them these three questions:

There are four candidates are running in the race. The other two are Grassroots-Legalize Cannabis Party’s Haroun McClellan and Legal Marijuana Now Party’s Richard B. Reisdorf.

Neither “marijuana/cannabis” candidate responded in a timely matter to answer these questions. McClellan has no website or contact information and Reisdorf didn’t return an email in time.