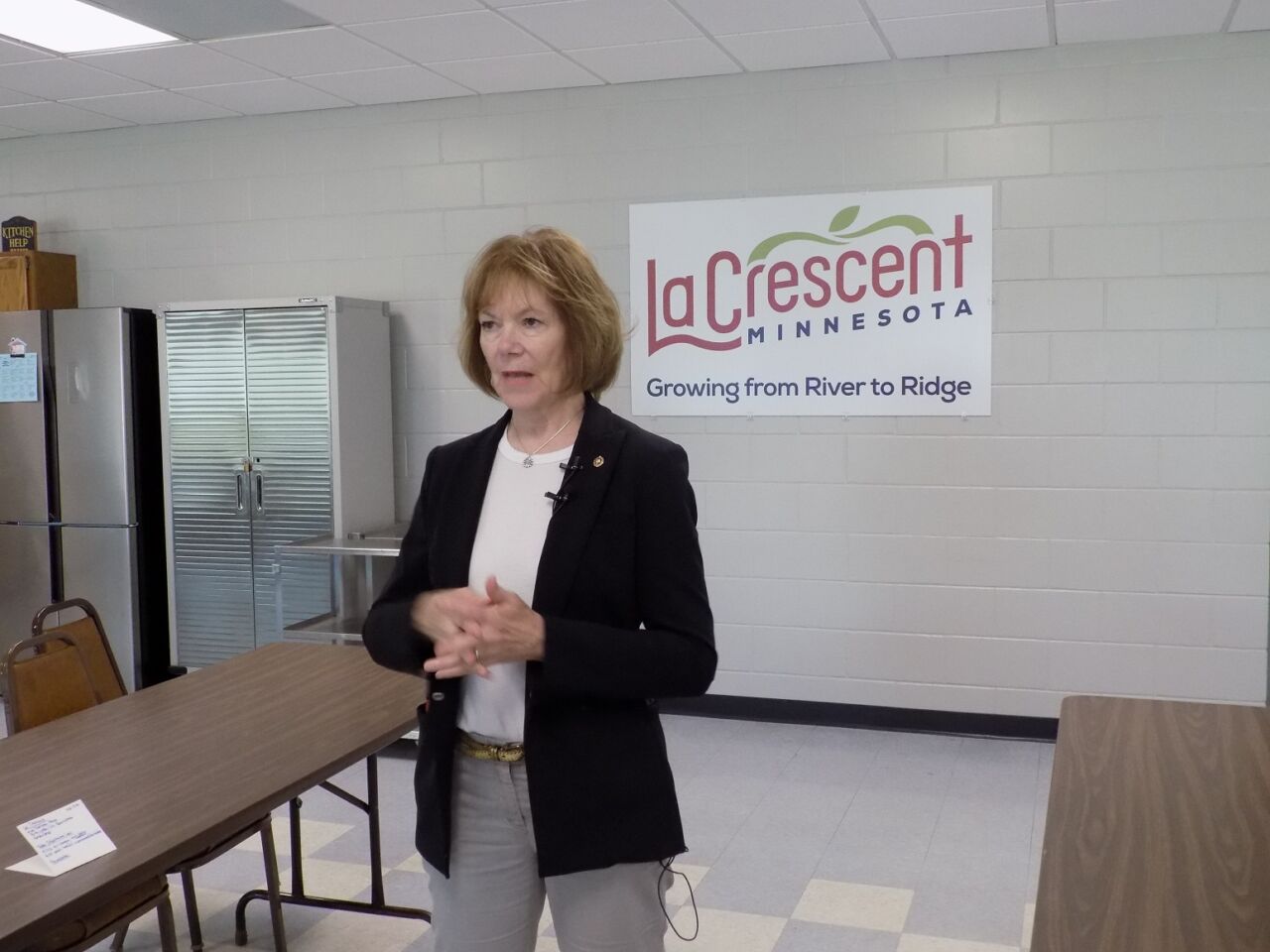 The Apple Capital of Minnesota made a connection with the nation’s capital, by hosting U.S. Sen. Tina Smith for an official visit.

The Democratic Senator wants to see D.C., pay attention to innovative actions in towns such as La Crescent.

“In the Senate, a lot of times people think about small towns, rural America as places of deficit, they don’t have this, they don’t have that,” Smith told reporters. “What I find when I come to these communities is an incredible amount of creativity and assets, that they just need a little bit of help from the federal government and from state and local governments to help to build that out.”

Smith said residents of both Minnesota and Wisconsin will be able to benefit from federal spending coming to the La Crescent area.

Smith discussed sustainability programs, such as the GreenStep Cities effort that La Crescent is participating in. She also viewed progress on a pedestrian bridge that will be part of a regional trail system.