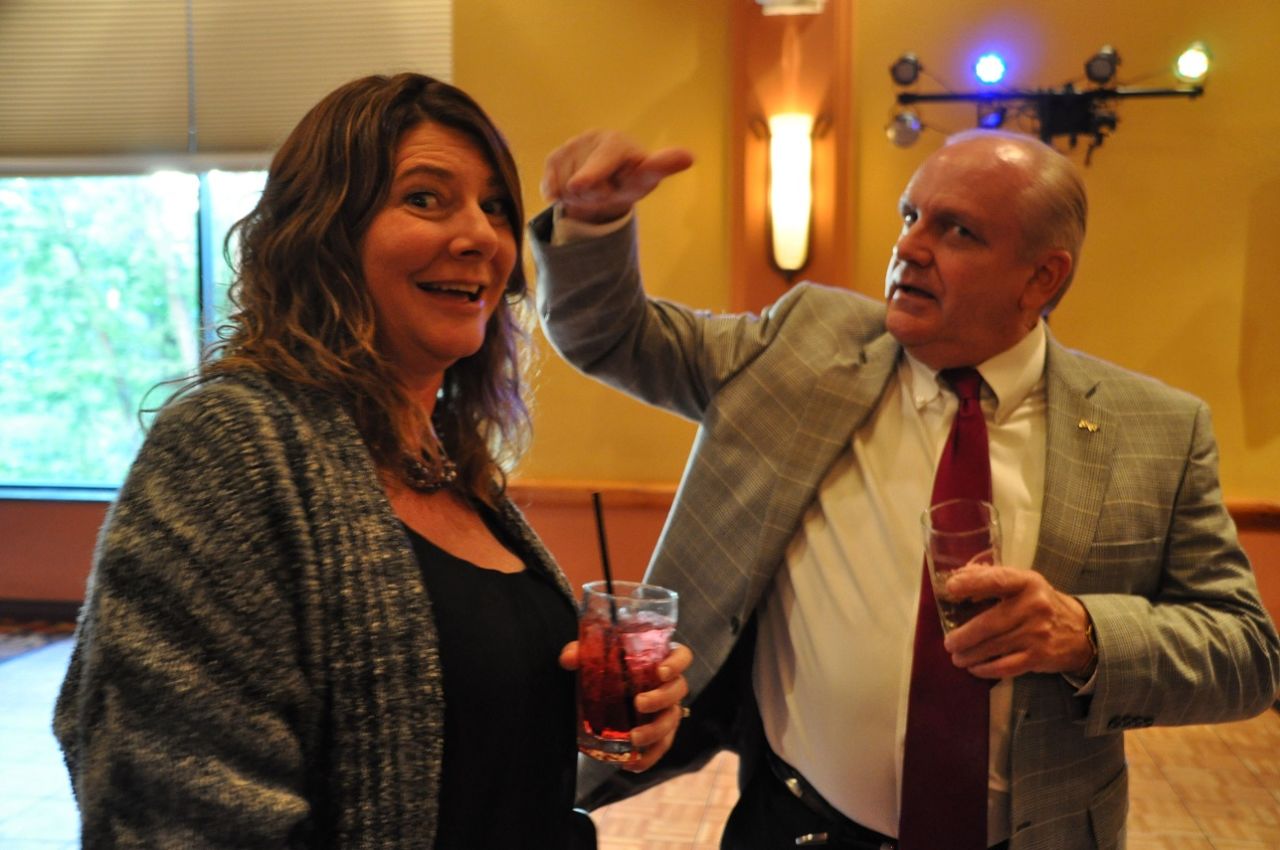 If there was a list of qualities one would most want in a boss, Howard Gloede might have all of them — and some that don’t even qualify.

Gloede, the former General Manager of Mid-West Family in La Crosse, who died in November of 2019 from cancer at 61, is being inducted into the Wisconsin Broadcasters Hall of Fame on Thursday night at the Radisson, downtown.

He spent the last decade as the leader of Mid-West Family, but not your typical one.

Sure, he had all those cliche qualities one expects from a leader, like hard-working, easy to approach, always positive.

But there were some unique qualities, too, that are best told by his former co-workers, who also considered Gloede their friend.

“I can’t think of one president and general manager in the broadcast world that started as an intern and became the president,” Mid-West Family Director of Sales, Theresa Timm, said.

Gloede hired Timm and the two worked together for 27 years — Timm adding she “weaseled” Gloede into creating a sales training job for her. And, even though he’s been gone over two years, she still thinks of him every day.

“Noone can replace that guy, but we all learn from Howard,” Timm said, noting that all of the Mid-West Family leadership team in La Crosse often “would think about and emulate, ‘What would Howard do? How would Howard react? What would Howard say?’

“I must say that, I’m not kidding you, probably three to five times a day.”

Gloede grew up in little Wilton, Wis. He went to what is now called Western Technical College, and that’s when this two-station (WIZM, Z93) radio company, owned by Dick Record and Bill Mann, hired him as a sales intern in 1979.

By 1986, Gloede had replaced Mann as sales manager — though he had been asked years earlier, but didn’t take the job — and in 2009, he replaced the retiring Record as GM.

“Yeah, he was thinking about it,” Mann said of Gloede hesitating to take the sales lead the first time around but the second time, there wasn’t much of a choice. “I said, when I was leaving (Mid-West La Crosse) for Oshkosh, ‘You’ve got one last chance, Howard, to make that decision and you better do it in the next 10 minutes because I’m leaving.’”

So, there’s a uniqueness in Gloede’s leadership, as Timm put, starting as an intern and working his way to president. There were other one-of-a-kind qualities to this boss.

“He was a prankster,” Brian Jackson, who took over as GM after Gloede’s passing, said. “I can’t tell you how many times he put lotion on my phone handle and then he’d call you. Then you’d pick up the phone and be like, ‘What is the goo?’ And there’s like lotion on the handle and he’d be laughing.”

Always laughing or going for one, apparently. Jackson added that Gloede also loved to scare people. If you heard a scream in the building, it was Gloede’s fault, hiding around the corner.

This had always been Gloede. The prankster kept pranking all the way to the top of Mid-West Family but he was doing this to his bosses back in the day, as well.

“I could always remember something in my mailbox or on the windshield of my car, that was a remembrance of Howard,” Mann said laughing.

This was also a revolving door.

“I remember one of the pranks that we got him on,” Timm said. “We took every single thing out of his office, including the deer head on his wall and the shoes under his desk. And we moved everything to the Sound Lounge on April Fool’s Day.”

The Sound Lounge at Mid-West Family is right next to the break room and outside of, basically, the entire sales teams’ offices. So, anytime anyone walked anywhere, that day, they were walking by Gloede, his deer head and all, in the middle of everything.

“He came to work, put his key in the door and there was not even one thing on the wall,” Timm continued. “It kind of looked like the Grinch that stole Christmas, you know how you see the holes in the wall on some of the hanger things on the wall. His entire office was moved and duplicated to the Sound Lounge, and nobody helped him move it. For the entire day, he worked in the Sound Lounge. It was great.”

It was that comradery under Gloede, alongside Gloede — the former intern-jokester, who became the top seller and eventual president — that allowed Mid-West Family to go from two to six stations, adding 957 the Rock, KQ98, WKTY and KCLH.

“The relationship that he had with that sales team and the broadcast team, it was absolutely outstanding. He’s such a great guy,” Mann said. “(F)ront office people, engineers, sales people, everybody loved him. He was just an awesome guy.”

Record noted those relationships, too, but a bit more sarcastically.

“I don’t know how he did that, but he did it,” Record said. “People liked working for him.”

There was one other story that, perhaps, doesn’t fit the narrative here, but maybe it fits perfectly. Mann had stories. Ones he said weren’t quite cut out for the telling. But he did give up one.

“We took a cruise on the La Crosse Queen, after a big high performance sales acceptance,” Mann said. “And we were going to take some adult beverages onboard the boat, and they rejected that.

“So we ended up drinking the La Crosse Queen out of beer during that period of time in the afternoon. And they asked us, please don’t come back.”

Add drinking buddy to the list of qualities that made Gloede a great leader, and what everyone described as either a son, a brother, a father or a friend, and someone everyone misses.

“I loved him dearly,” Mann said.