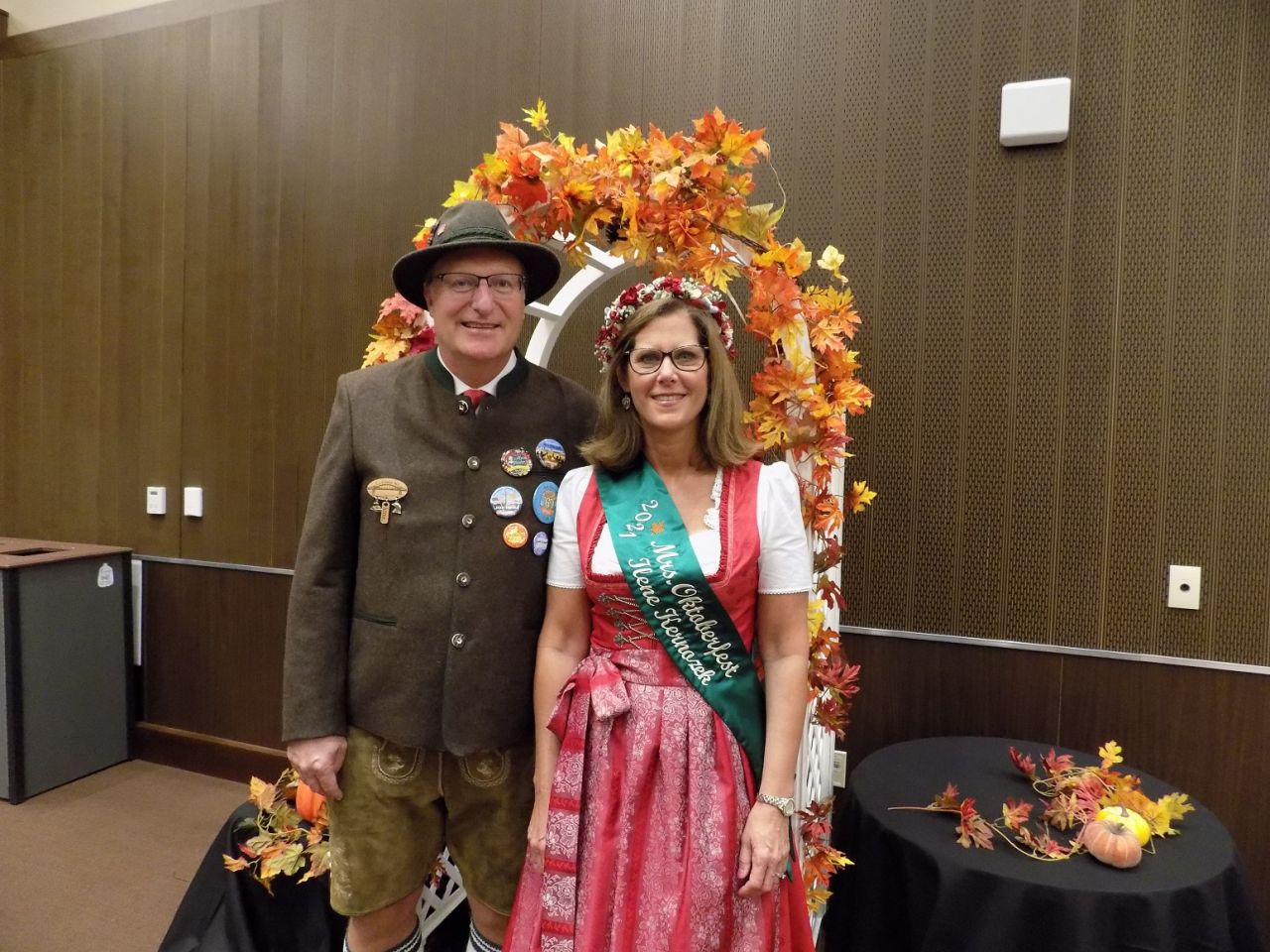 Most of this year’s Oktoberfest royal family members have had to keep their selections secret for 18 months, because the 2020 fest didn’t happen.

Ilene Kernozek, of La Crosse, can now tell everyone about the honor she received early last year — becoming Mrs. Oktoberfest.

“I had what I thought was a meeting with a prospective client,” Kernozek, a financial adviser for the Stifel Company, said in early 2020, before the pandemic led to the cancellation of last year’s fest. “I showed up for the meeting, and was surprised by my mentors, who then proceeded to tell me that I had been nominated for Mrs. Oktoberfest.”

The Mrs. Oktoberfest banquet was held at the university student union Tuesday night.

The 2021 Festmaster will be introduced Wednesday night at the La Crosse Center, and the 60th Oktoberfest officially begins Thursday.

Ilene and her husband Tom Kernozek, who’s a UW-La Crosse professor, have lived in the city for 25 years.

“It was a surprise and an honor,” Tom Kernozek said, “and it’s been quite a long time waiting for this day to come, so we’re glad it’s here.”

The new Mrs. O is active in delivering Mobile Meals, leads Girl Scouts and has served on the boards of the La Crosse Symphony and the UW-L Foundation.

Her theme for the year is “All About Community.”