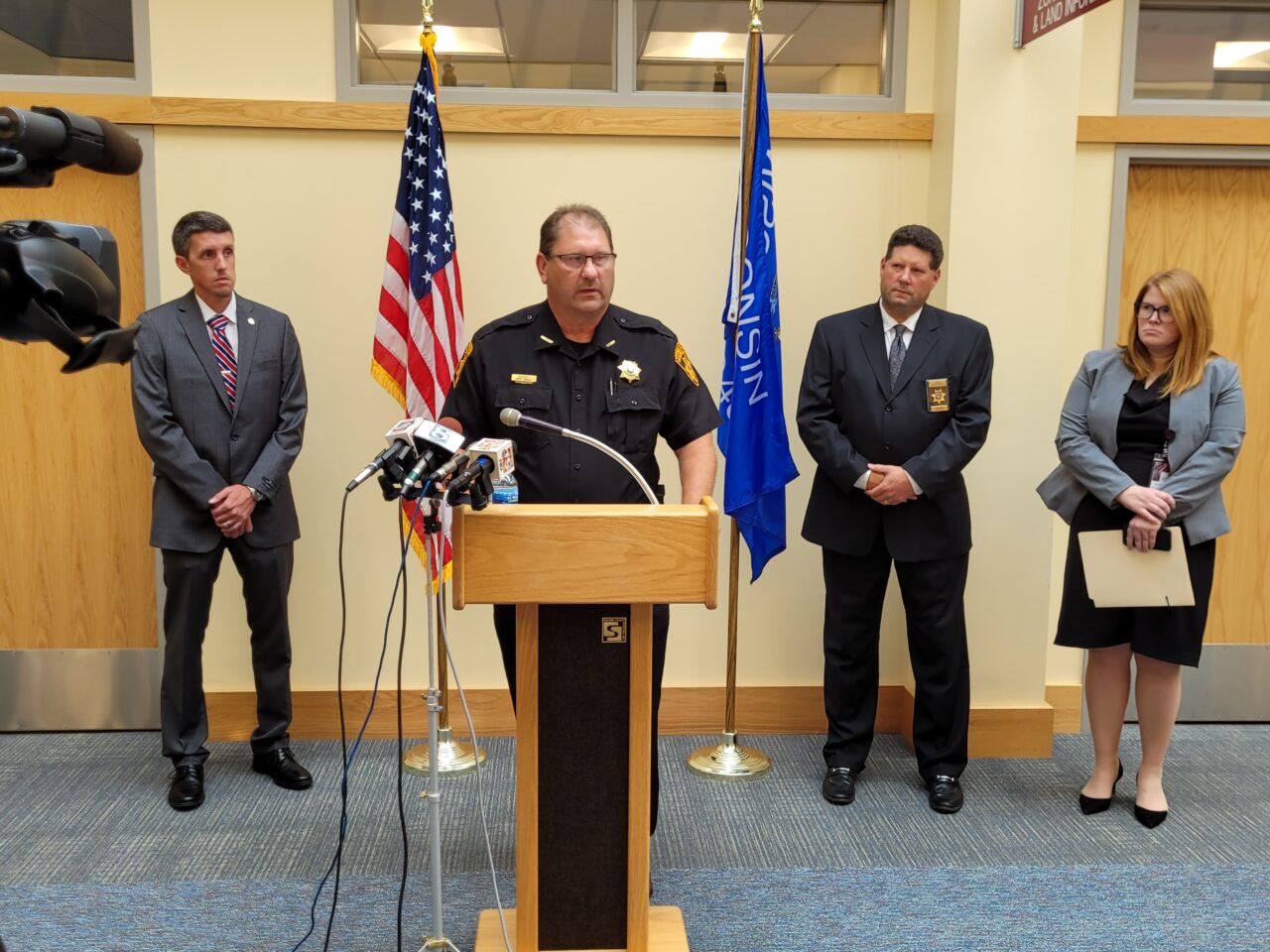 FILE - La Crosse County Sheriff Jeff Wolf addresses the media on July 29, 2021, on the arrest of two men in relation to a triple homicide in the county. (PHOTO: Rick Solem).

The three men were shot to death nearly a month ago outside a quarry north of West Salem, Wis.

All of them had been inmates of the county jail in the past and a member of the county Criminal Justice Management Council said during Wednesday’s meeting that the mug shots were disrespectful and may have led to stereotypes about the victims.

Sheriff Jeff Wolf told the council that mug shots were released partly for transparency, and partly because the pictures could have prompted the public to give information about the murders.

“In this case, we felt that in the victims’ honor and serving justice, that we felt we could identify people with information that would see these pictures,” Wolf said.

The photos were taken down shortly after being posted on social media used by the sheriff’s office. Social media outcry may have led to that decision by the Sheriff’s Office, as well as from multiple area news organizations to remove the photos from their stories.

Two suspects were arrested in central Wisconsin a few days after the shootings.

Criminal Justice Council member Heidi Svee said use of the mug shots may have perpetuated racial stereotypes about crime, because two of the victims were Asian.

“When we make the appearance of criminalizing a victim, it can also deter victims from coming forward in the future,” Svee said, adding she hopes that won’t be done again.

Sheriff Wolf, however, didn’t rule out doing it again in the future.