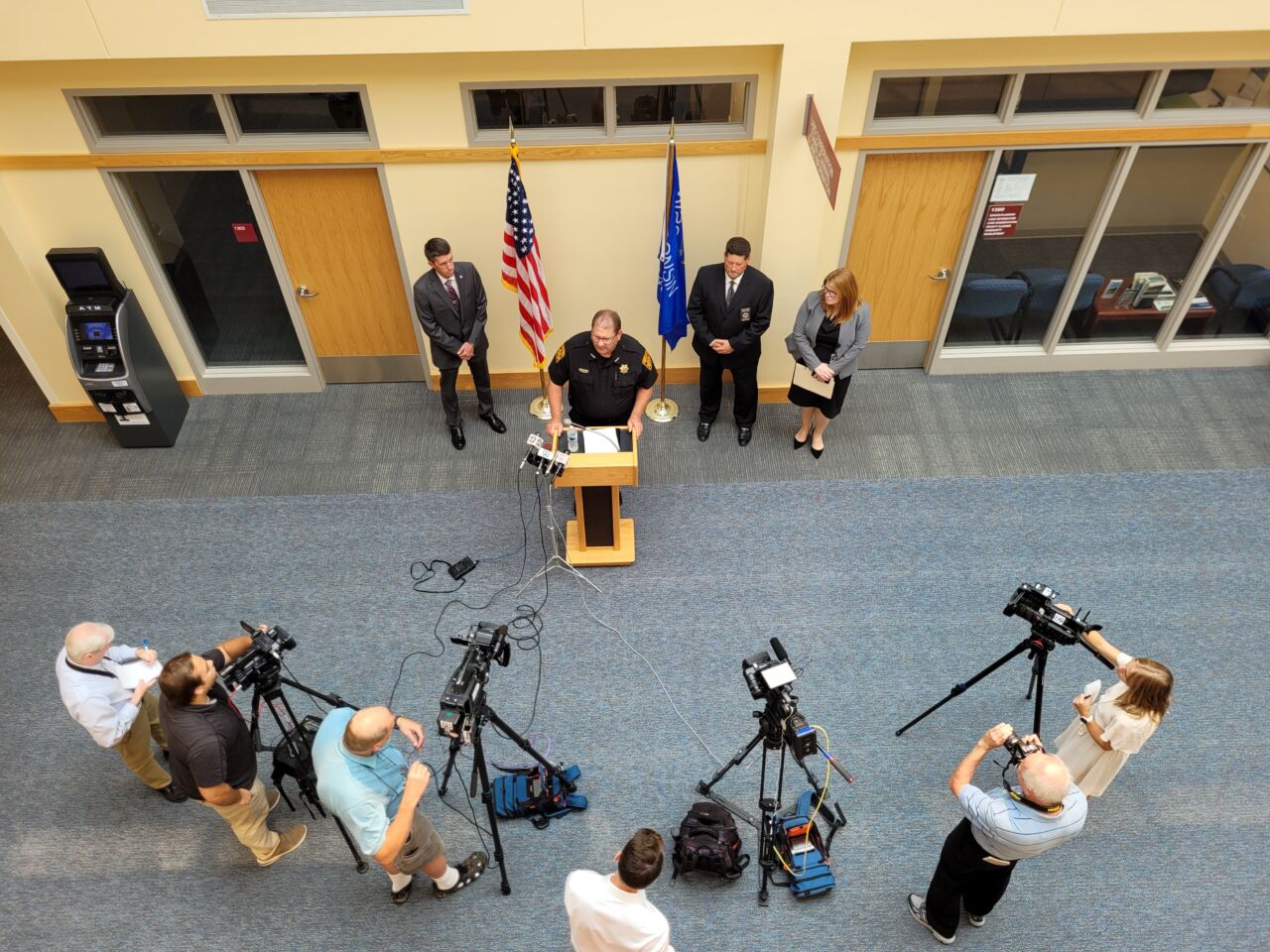 The murders of three men at a La Crosse County quarry reportedly were the result of a $600 debt owed to one of the suspects, who recently got out of prison.

The three victims were forced to kneel on the ground, before being shot multiple times.

The suspects, Nya Thao of Holmen and Khamthaneth Rattanasack of the Wausau area, were brought to the La Crosse County jail by midday Thursday and are being held without bond, pending a court appearance Friday.

Rattanasack was captured Wednesday night at a house in Amherst, near Stevens Point, after trying to flee from a traffic stop.

Wolf describes the arrests below:

Wolf said the victims — Peng Lor, Nemo Yang and Trevor Maloney — were shot multiple times outside the Romskog quarry in the town of Hamilton — just north of West Salem — around 2:30 a.m. July 23.

Thao, also known as “Kush,” is believed to have been the shooter, according to a female witness who was with the victims the night of the murders.

The witness told investigators that she and the victims were followed by a black Mercedes Benz to an Onalaska hotel where they were staying. She briefly left her car. When she came back, the two suspects were in the car with her. She was told to follow the Mercedes, which took them to the quarry.

Wolf said the shootings apparently were motivated by a $600 debt owed by Yang to Rattanasack, also known as “Black,” who had just gotten out of prison.

Wolf describes the murders below:

Thao and Rattanasack were publicly identified as the suspects earlier this week, and the investigation involved federal and state officials, along with police and sheriff’s officers from several Wisconsin counties.

Both men are being charged with three counts of 1st degree murder, along with felony possession of a firearm.

The investigation led to central and easrern Wisconsin after a black Mercedes Benz spotted at the scene of the murders was found abandoned in the Green Bay area.

Below, Wolf takes questions from media: