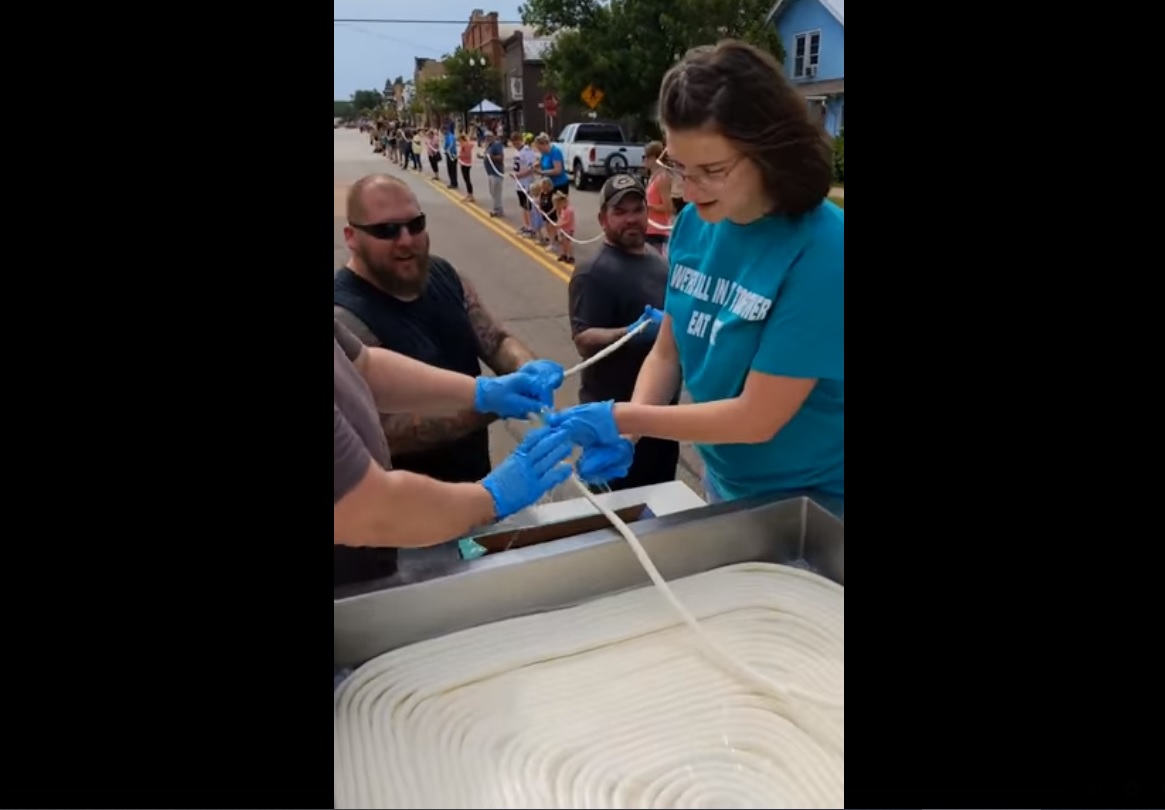 WEYAUWEGA, Wis. (AP) — Wisconsin is famous for cheese, and one of its dairies is claiming a new feat.

Weyauwega Star Dairy this week unofficially broke its own record for the world’s longest piece of string cheese at 3,832 feet.

To do that, the cheesemakers needed a good slice of Weyauwega’s more than 1,700 residents. Standing seven feet apart, on a shut-down Main Street, residents of the northeastern Wisconsin town grabbed a piece of the potential record as it was uncoiled from a trailer pulled by a tractor Thursday.

“I’ve never seen this before and I want my piece of string cheese,” said Allen Robbert, who lives about 10 miles away.

The cheese was strung from person to person for about three blocks and then doubled back the way it came. After about 90 minutes, the record was broken with a nearly 3/4-mile-long piece of string cheese. The dairy said the record cheese probably equaled about 30,000 individual sticks. Participants got to keep long pieces.

Gerard Knaus said Guinness World Records recognized the 2006 record and he hopes it will this time, too.