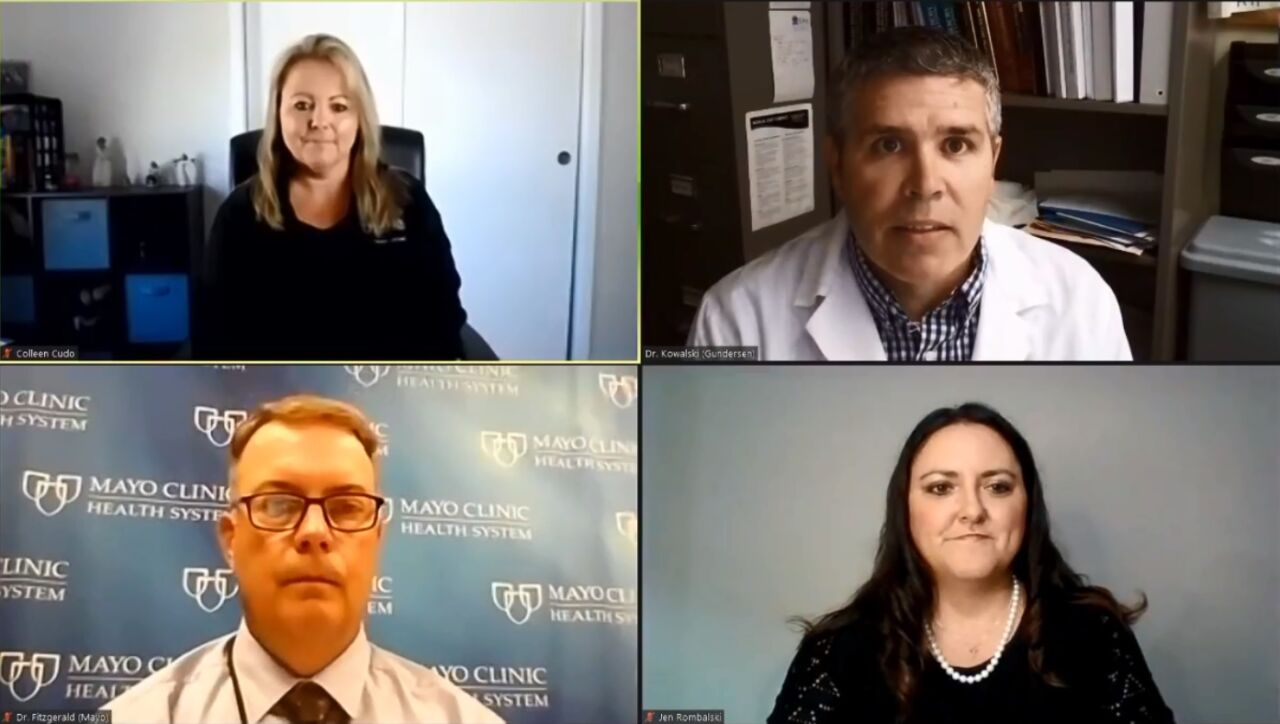 New data to gauge COVID-19 for the La Crosse and surrounding community is online.

The Coulee COVID-19 Collaborative went live Friday, and was walked through by a panel of experts at the health department’s public briefing. They didn’t come up with a fancy name for it, but CCC or Triple-C seems to flow OK. The Triple-C can be found at CouleeCovid19.org.

On the site, case data has been updated, metrics can be interacted with, and there’s a map that guides people on traveling based on other county’s case rates. But the briefing itself covered more interesting topics at this point, since the virus level seems to be OK in the area at this time.

Also discussed was the fact that college students were coming back to campuses across the country, including La Crosse. Dr. Kevin Fitzgerald, who practices Family Medicine at Mayo in La Crosse, had personal experience with that already.

“Yeah I worry about that,” Fitzgerald said of the college students returning.

He told a story about dropping his daughter off in Omaha, Neb., for college and, four days in, there was a COVID-19 breakout among students. Fitzgerald said others, who were in close contact with those positive cases, weren’t taking the proper precautions with the virus and then suffered the quarantine penalty.

He discussed some concerns of parents of middle and high school students, who may not be able to participate in extracurricular activities.

“And that’s really why,” Kowalski said, “our collaborative hope is to be able to provide the science, the data, the most current evidence-based recommendations to schools, parents, families and businesses, so that they can make those those well-informed decisions about what is the the right decision for them.”

Kowalski also stressed the importance of getting a flu shot this season, so as to lessen the risk of having symptoms of something that could be the flu or could be COVID-19.

“This is the challenge, right?” Kowalski said. “Because COVID-19 symptoms can be as much as asymptomatic, to mild congestion and fevers and malaise, to of course very severe cases that we see people in the hospital.

“There’s nothing that a clinician can do to clearly discriminate between the two, which is one of the real reasons that we say get a flu shot this year.”

In the past week, La Crosse County’s health department has done away with daily case counts, which are done by all surrounding counties, as well as the state health departments in Wisconsin, Minnesota and Iowa.

While case data may be easy to look at, the panel said it’s not really giving people any idea of how the community is affected by the virus. Instead, the metrics page on the new Tripe-C site shows something much more relevant.

“You may just have a real sawtooth pattern to the data based on (daily cases),” Fitzgerald said. “The seven-day average allows, to let you know, what the real risk is to the community over a long period of time.

“It takes away to those spikes, that are really — not from an epidemiologic standpoint — as informative to the risk of the community.”

One of those spikes appeared to happen Thursday when state data showed La Crosse County had 21 cases, which may have been results from Monday’s free National Guard testing site. The county didn’t have any more than 10 cases the seven days prior to Thursday’s jump to 21 positives, and added eight cases on Friday.