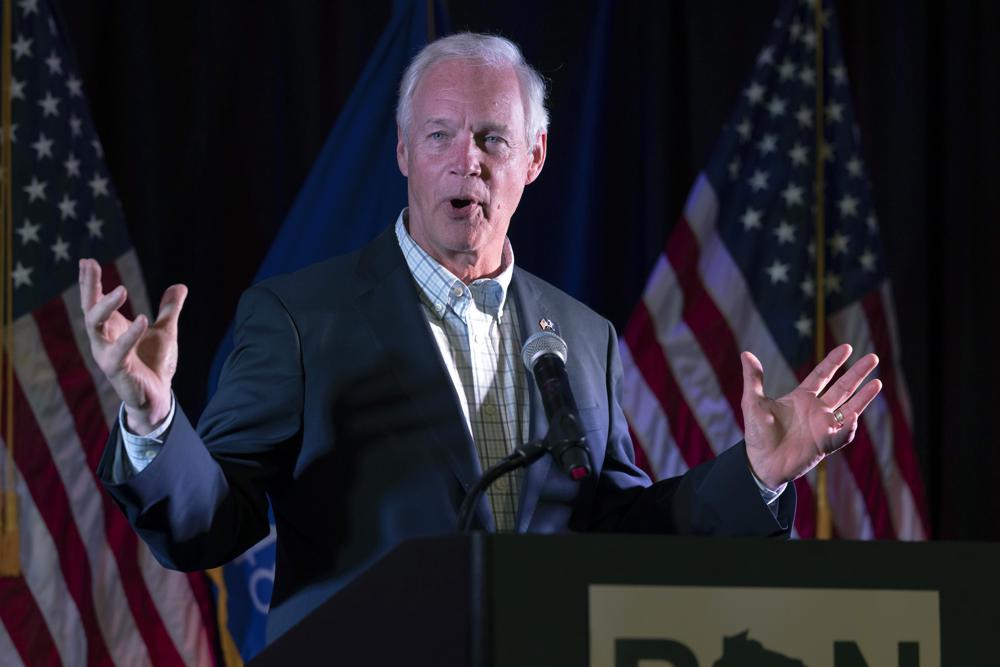 Vaccines, student loan forgiveness and the fairness of Wisconsin’s midterm elections were some of the talking points.

Wisconsin residents split their votes in the November election, giving new terms to both Democratic Gov. Tony Evers and Johnson.

Besides both winning in the midterms, the two don’t seem to have too much else in common.

Johnson expressed mixed feelings about whether elections in the state are fair, and he’s critical of the governor on that issue.

“It would be nice if we had a governor who took election integrity seriously and signed the bills that the state legislature is doing is to tighten up control so we can restore full confidence in our election system,” Johnson said. “But I think we did a pretty good job in Wisconsin. I think we still have a ways to go.”

The senator also spoke out against government mandates imposed during the pandemic, as he continues to question the safety of COVID-19 vaccines.

Johnson and other Republican Senators are calling for a vote to end a military mandate for the COVID-19 vaccine.

Johnson argues that service members should not be discharged if they don’t vaccinated. Johnson has become known as a vaccine skeptic. He claims thousands of deaths among people who have gotten COVID-19 vaccine shots raise questions.

“We now know, even the director of the CDC admits, that the vaccine does not prevent infection or transmission, so why in the world do would you make anybody take it,” Johnson said.

According to the FDA, healthcare providers are required to report any death after COVID-19 vaccination to VAERS, even if it’s unclear whether the vaccine was the cause.

“Reports of adverse events to VAERS following vaccination, including deaths, do not necessarily mean that a vaccine caused a health problem,” the CDC stated in regards to those reports.

The group of GOP Senators want military members reinstated with back pay if they were dismissed for refusing a vaccine.

The U.S. Supreme Court has decided to hear arguments on whether President Biden’s plan to cancel student loans is against the Constitution.

Johnson believes the Biden plan should be stopped, saying it’s more proof that the President’s policies are illegal.

“This is a lawless administration. People need to understand that,” Johnson said. “President Biden believes he’s above the law. Unfortunately he has a main stream media that pretty well supports him and doesn’t hold him accountable, but I think the Supreme Court in this case will certainly hold him accountable and rule this unconstitutional.

The court review of the loan forgiveness program is planned for February.