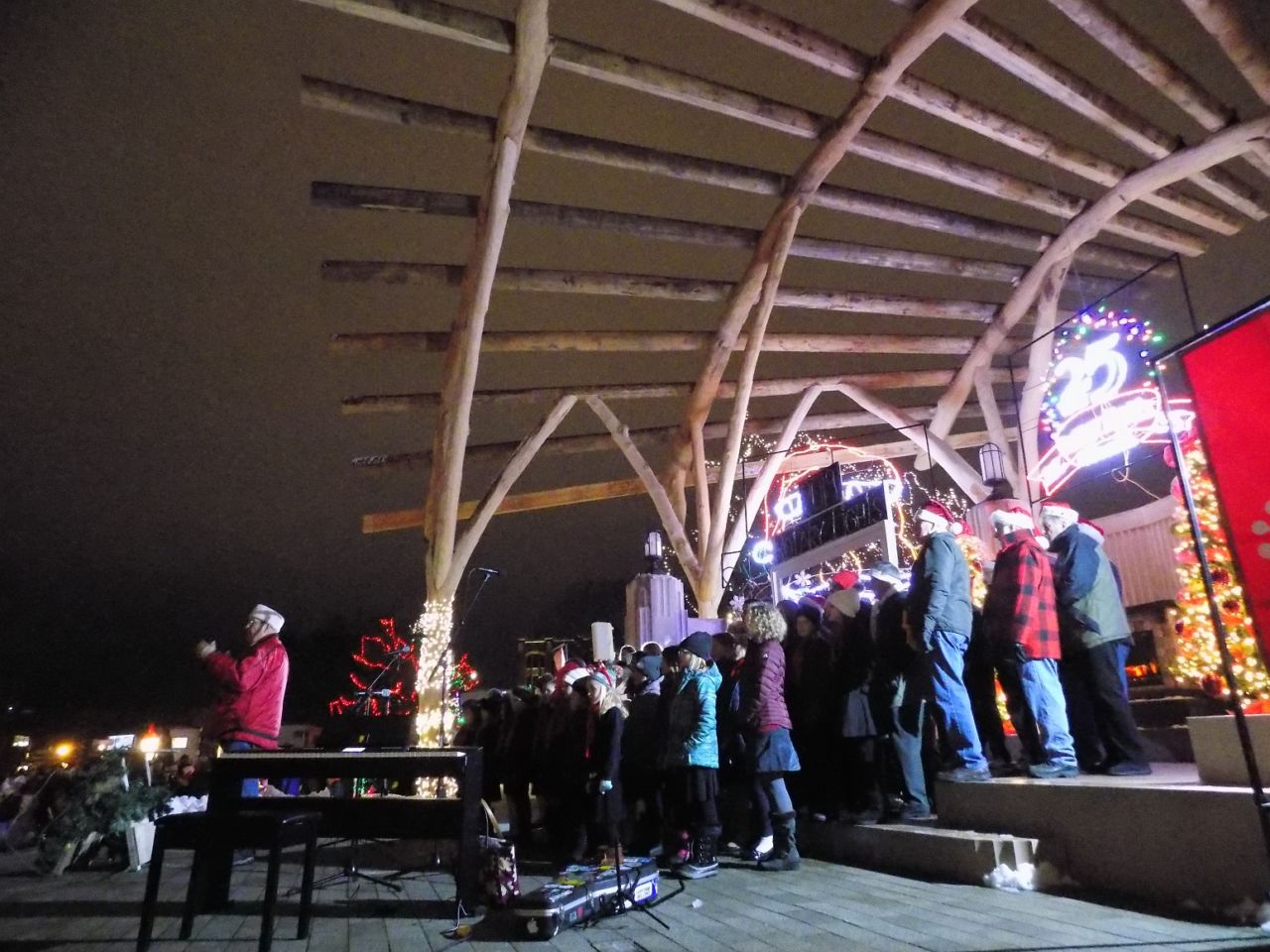 The Rotary Lights festival in La Crosse kicked off its 25th year with a parade, Santa Claus and fireworks over the Mississippi River.

The fireworks on Pettibone Island began when Santa threw the big switch under the newly built bandshell at Riverside Park the day after Thanksgiving.

About three million electric lights came on in the park when the fireworks concluded.

Because Thanksgiving came late this year, this will be the shortest possible length for the festival, just 33 nights through New Year’s Eve.

The lighting ceremony included a sing-along led by the Coulee Chordsmen and the La Crosse Girl Choir, and a new song about Rotary Lights written and performed by Andrew Hughes.

Rotary Lights organizers are hoping that many visitors will choose to fly over the park to see the millions of lights.

Helicopter rides are being offered for the first time as part of Rotary Lights, after a successful tryout during Riverfest this summer.

Reservations are needed for each $49 seat on a flight, and can be made at lakesuperiorhelicopters.com.