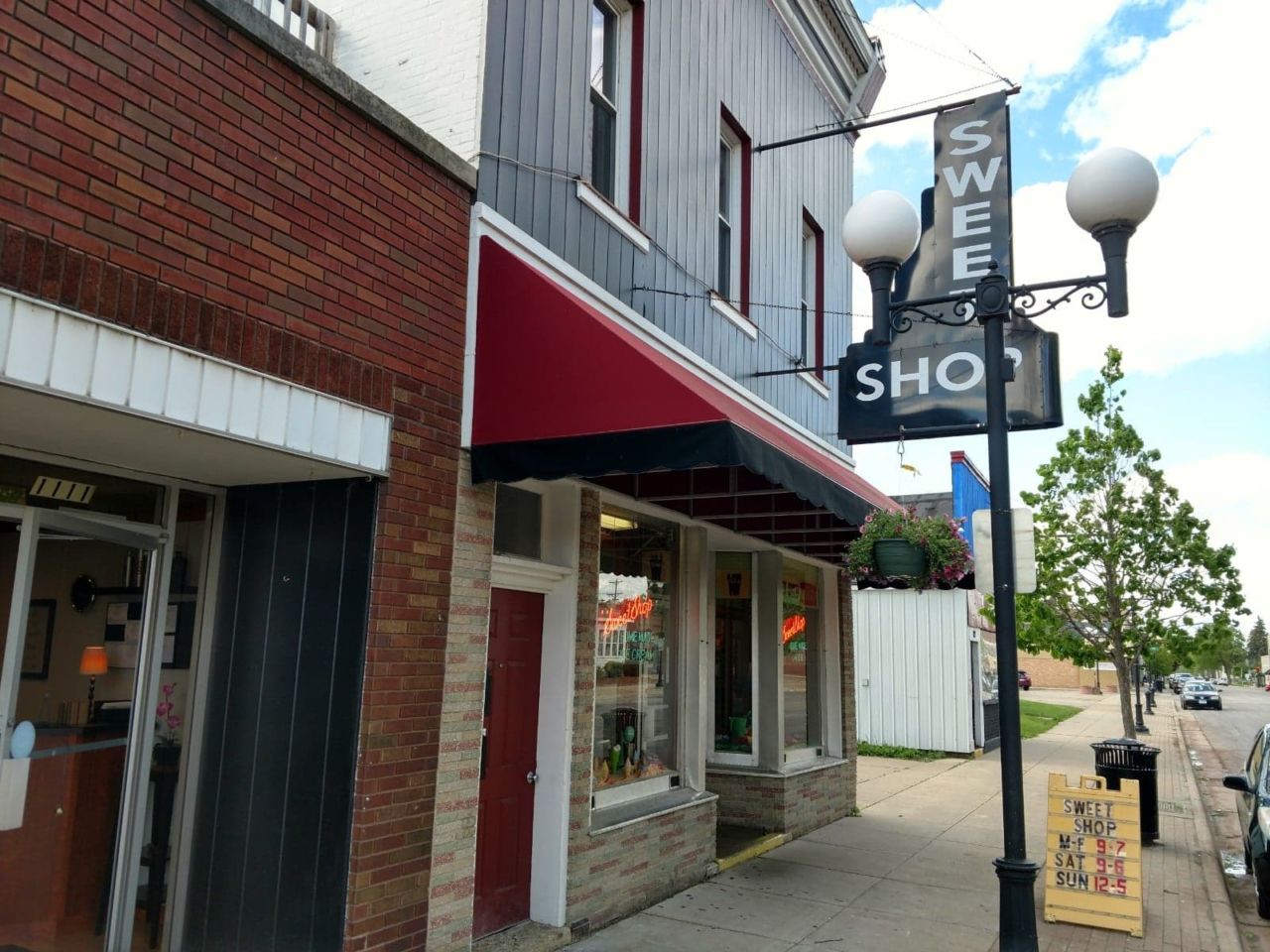 When it comes to the dynamic of a family-owned business, one of the dilemmas might be having to bring the kids to work.

For the Diersen family, it’s quite the opposite.

That’s what happens when you own a candy store. Keeping the kids away from work is more of an issue for the owners of the Sweet Shop on Caledonia Street in La Crosse.

But it’s dad that runs the business — AKA: has access to the candy — and he’s much, much cooler than mom.

“They absolutely love that daddy makes candy for a living and owns a candy store,” Susan said of her husband, Marty Diersen. “Way better than mom’s work — just in the office.”

The Sweet Shop is about to hit the century mark for making homemade candy in La Crosse.

It’s amazing to think about and, perhaps, hard to wrap one’s head around. The building at 1113 Caledonia Street was purchased in May of 1921 and is still there today. The family makes candy the same way it was done back then, one batch at a time.

Marty took over the business nearly five years ago from his father-in-law, Bill Epse, who is the grand-nephew of Cecil Allen. It was Allen who bought the building back in 1921 — eight years before The Great Depression.

As if that isn’t hard enough to believe, the Sweet Shop’s oldest recipe is one that must have been created during the Great Depression: Anise Candy — otherwise known as black licorice.

“That recipe is unchanged for the last 92 years,” Marty said.

Think about it, for that decade during The Great Depression, folks came to the Sweet Shop to get black licorice. Marty didn’t say if they still did today, but someone must be because he’s still making it.

As for taking over the family-owned business, Marty mentored a couple of years to get the hang of making everything from scratch. Now, it is a piece of cake …or candy.

“One hundred-fifty varieties, Bill would say,” Marty said of the different candies he makes. “I can’t say for sure, I’ve never counted.”

On top of all 150 varieties being made from scratch, that does not include their 45 flavors of ice cream.

“Make that from scratch, as well,” Marty said, stirring a vat of chocolate while wearing a chef’s hat.

If you wander to the back of the shop, you might catch the mouth-watering scene of Marty melting chocolate or fat or adding sugar to the next batch of goodness.

The Sweet Shop makes everything piece by piece in small batches. The chocolates are hand-dipped, nothing like the mass-produced candies one would find at the big box stores.

The Sweet Shop has two seasons — one lasts four months and the other lasts 12.

The busiest time is from Halloween to Valentine’s Day, where Marty and crew work endlessly to keep up with holiday orders from Pecan Turtles — the Sweet Shop’s most popular candy — to cinnamon sticks.

The rest of the year is making those little customers happy, the kids. While that season runs year-round, it does have two versions — school and summer. During the school year, the Sweet Shop knows exactly when that rush for sugar is coming.

In the summer, it’s harder to gauge, but the ice cream scoop is ready for cones and rootbeer floats.

Treating every customer like family, the Sweet Shop always keeps an open door for kids or those who are kids at heart to join them at work.