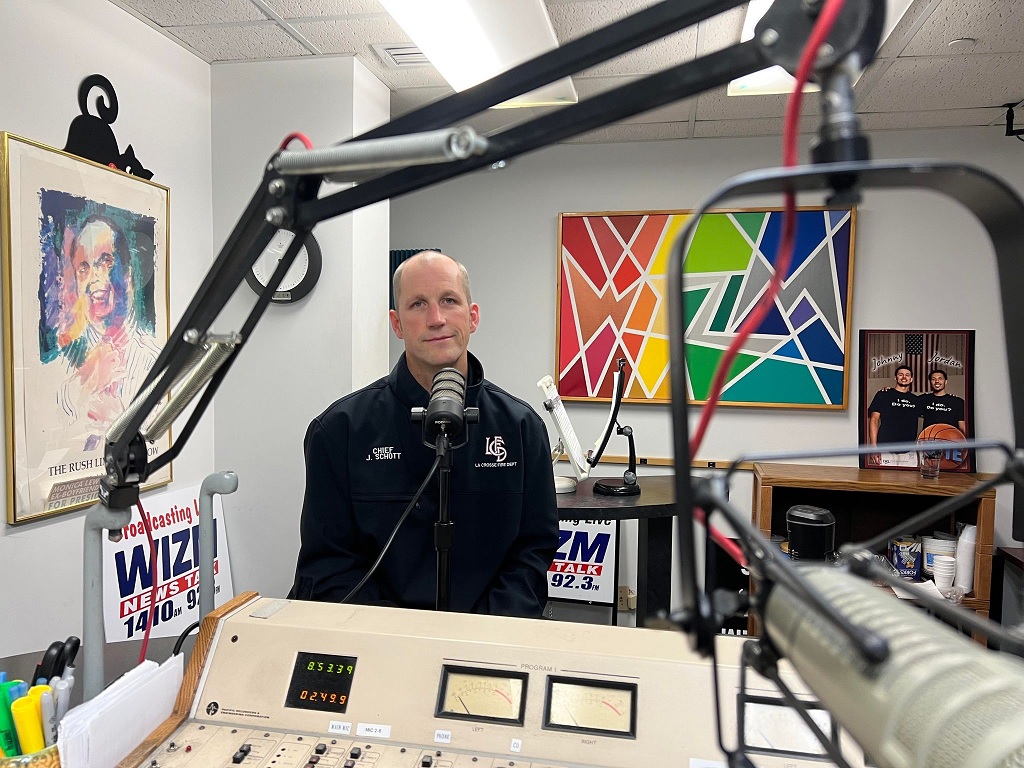 He’s six months into the job, but 22 years with the department. As the Chief, he did not drive the giant ladder truck to the studio, but he did say he can take it out now whenever he wants.

It’s been a busy week for the department and we talked about why that might be, as there were three big fire calls making news, including a shed fire in Holland and a motel fire on the north side.

There have also been two huge downtown La Crosse fires in the past two years — Casino Bar and India Curry restaurant — so we discussed those, as well.

We got a little bio from Schott and also discussed what involves becoming a firefighter, the city’s future plans for new fire stations and if the department gets a lot of “cats in tree” calls, as the police department is about to take animal control responsibility in the city.