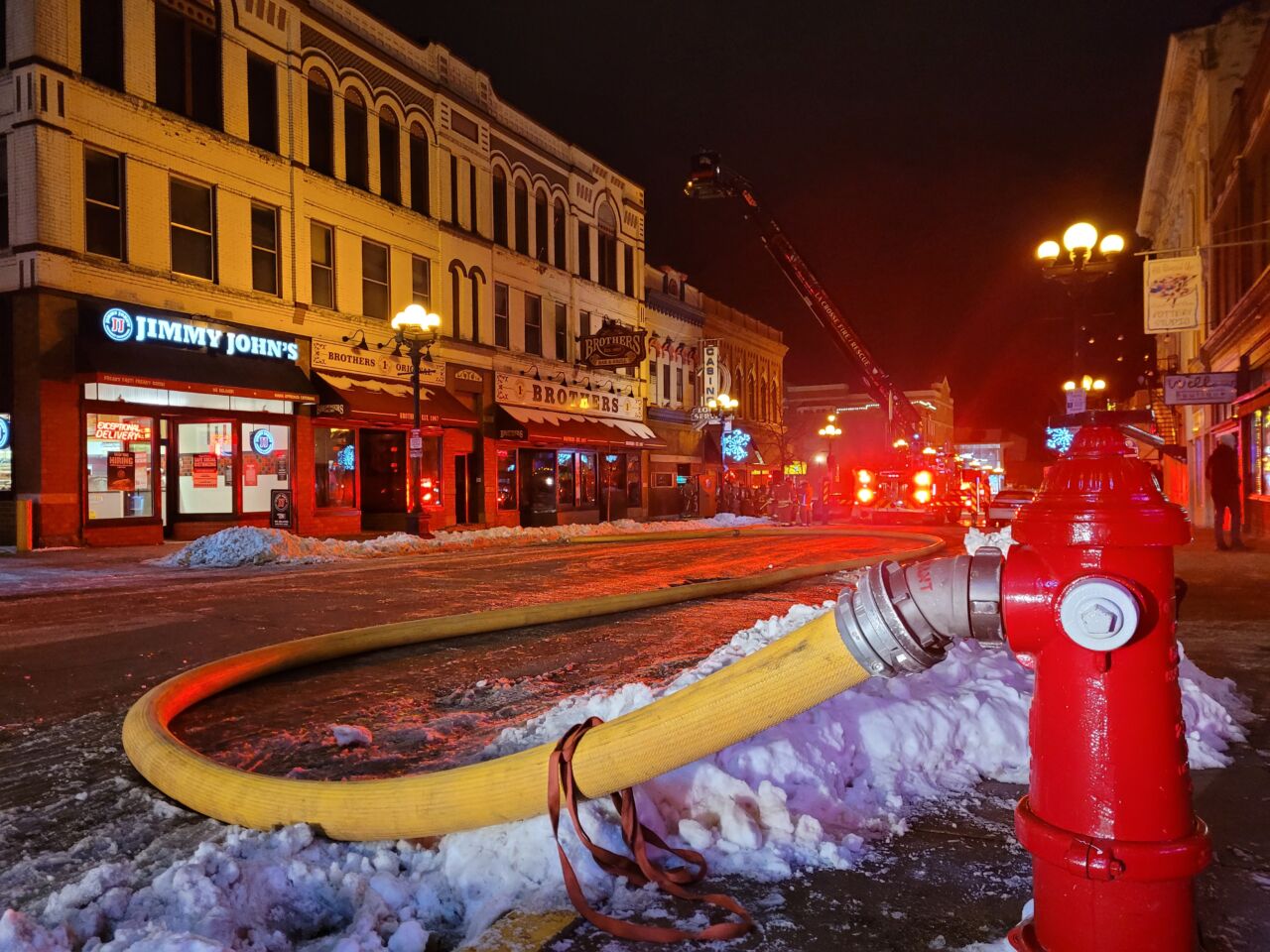 It looks to have started in the alley behind Casino Bar in downtown La Crosse.

The fire that began in that small nook, spread into the bar, then up to the roof and had the entire La Crosse Fire Department out Monday night into Tuesday morning.

“When we went around Pearl Street, you couldn’t see anything except for smoke,” La Crosse Battalion Leader Bee Xiong said from the back alley. “When you came around here, you could see that whole back, in that little alley there — it’s the back of what I believe is Casino — was fully engulfed in flames.”

That alley, tucked between Bennett O’Reilly’s Pub, Casino and Brother’s Bar and Grill, can only be accessed from behind, where Enterprise Rent-A-Car is located.

Fire trucks were staged on every side of the block. Crews busted into the upper floors above Casino from the back, while others were on the boom on Pearl Street.

Toward the end of the ordeal, the boom was spraying water onto the rooftop of the Casino building, as it sent a waterfall into the alley, back where the fire appears to have started.

The fire department, at one point, contemplated shutting down power to the entire city block, but ended up not having to do so. Power was only shut down to the Casino building.

Xiong said 36 firefighters were on the call, including every truck. Because the fire needed so many resources, the Shelby, Holmen, Onalaska and La Crescent departments helped cover the rest of La Crosse, manning each station throughout the city.