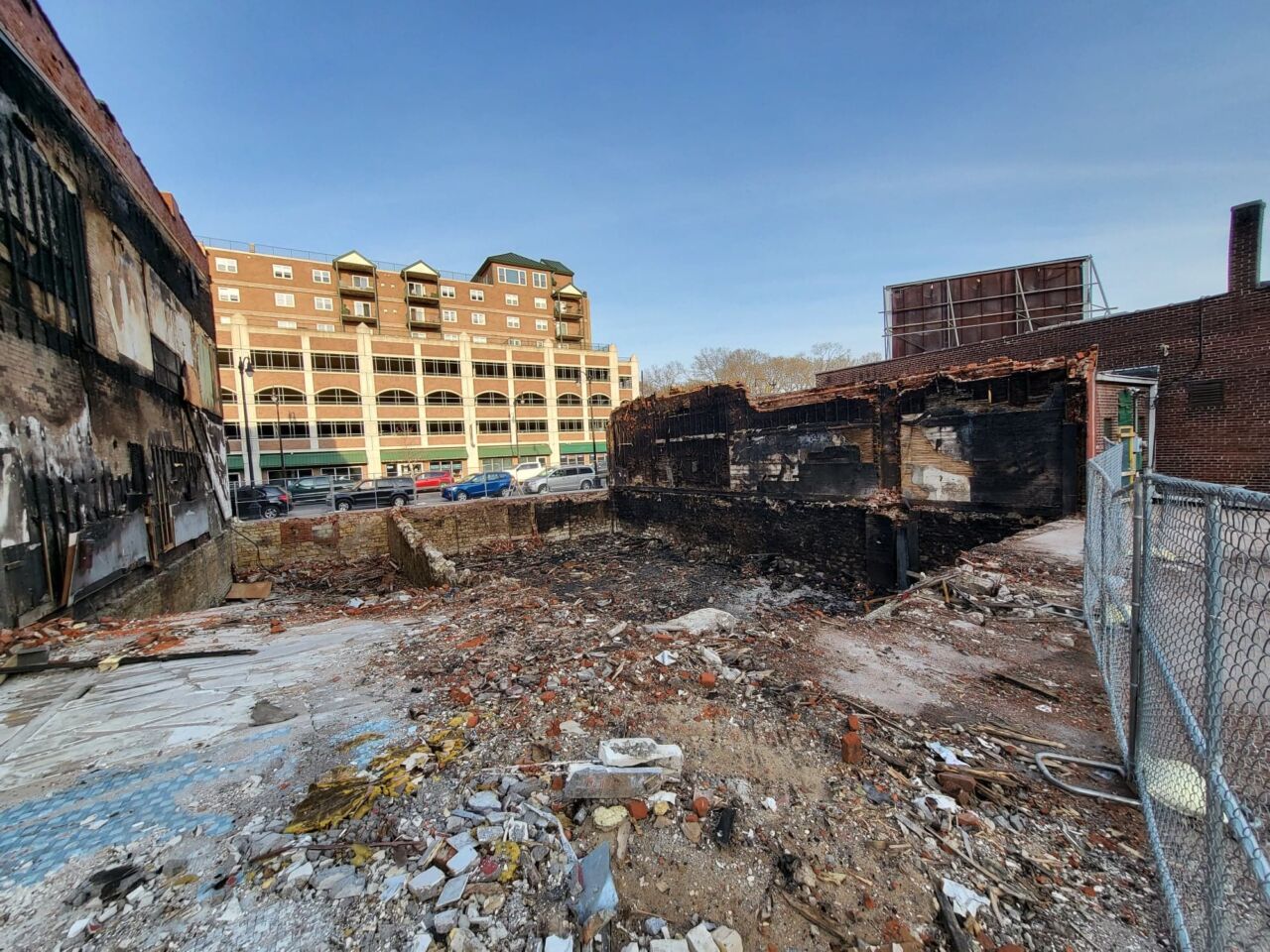 A block of 4th Street in downtown La Crosse still has a gaping hole, six months after a large fire destroyed the India Curry House restaurant.

The April 28th blaze started in the basement early in the morning, and spread throughout the building quickly.  People living in apartments above the restaurant evacuated the building.

The La Crosse fire department closed its investigation in June, with the specific cause of the fire still unknown.  The building was torn down the day of the fire, and remains of the basement are still roped off beyond the sidewalk.