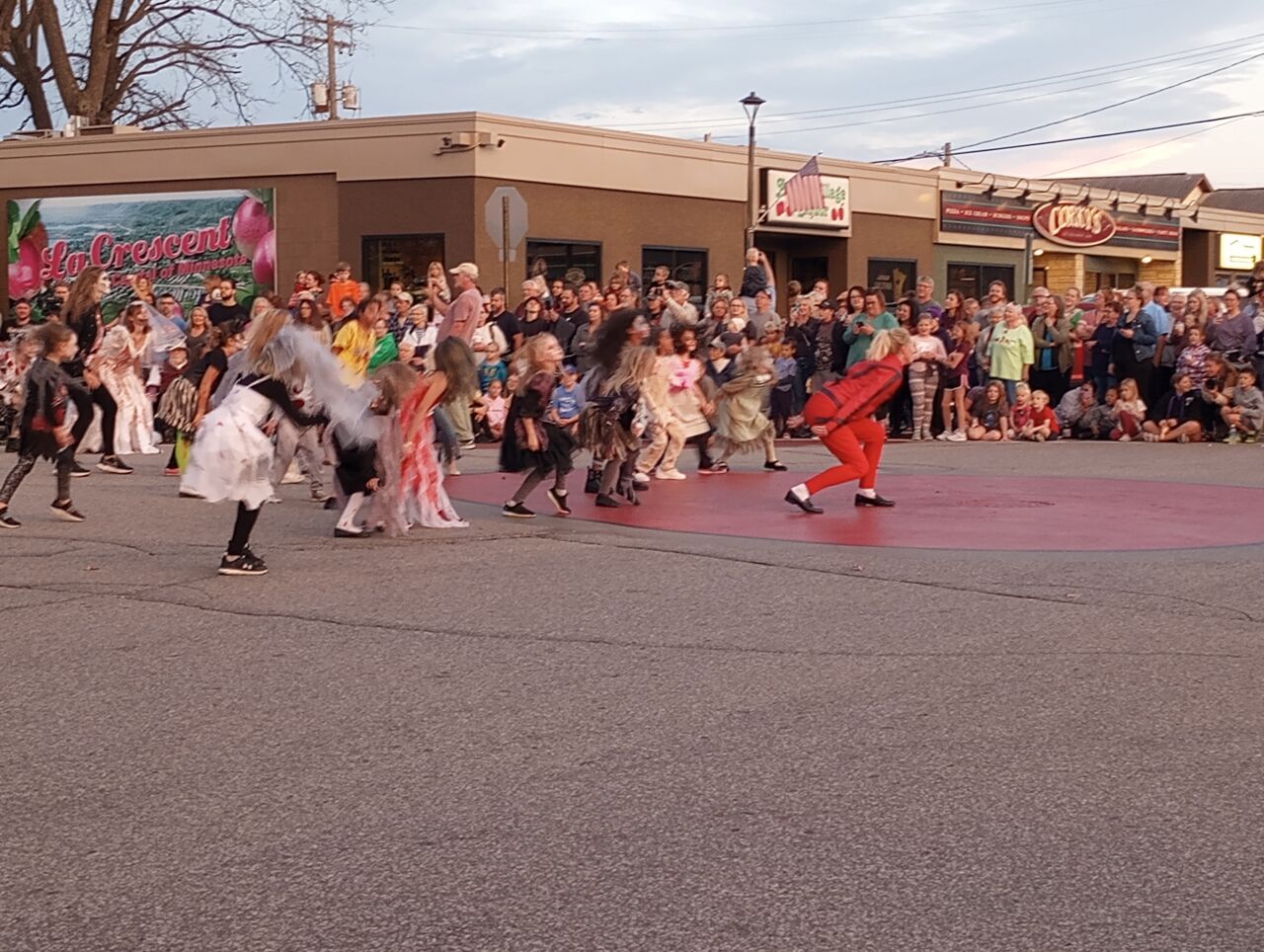 As the sun was setting Sunday night in La Crescent, families gathered at a downtown intersection to watch the zombies come out.

The undead performed to a famous record featuring Michael Jackson and Vincent Price, the title track to Jackson’s 1982 album “Thriller.”

There were 42 “zombies,” from kids to grownups, leading the yearly Thriller dance organized by Meagan Waddell.

She told the crowd at the corner of Main and Walnut that she accepts volunteers all year round.

“I’m always posting all over to spread the word for my baby here,” Waddell told spectators after two performances. “I’m a stay-at-home wife and mom but, at first at heart I’m a dancer, and so, I can’t tell you how much it means to be able to do this.”

Waddell got the idea for the La Crescent event from a much larger “Thriller” celebration in her hometown of Lexington, Ken.

The fourth annual Thriller dance was performed about an hour before rain came through the area.

Waddell led the dancers in several rehearsals over the past few weeks before last night’s two street performances. After Sunday’s show, she gave a few awards to dancers, including for best costume.