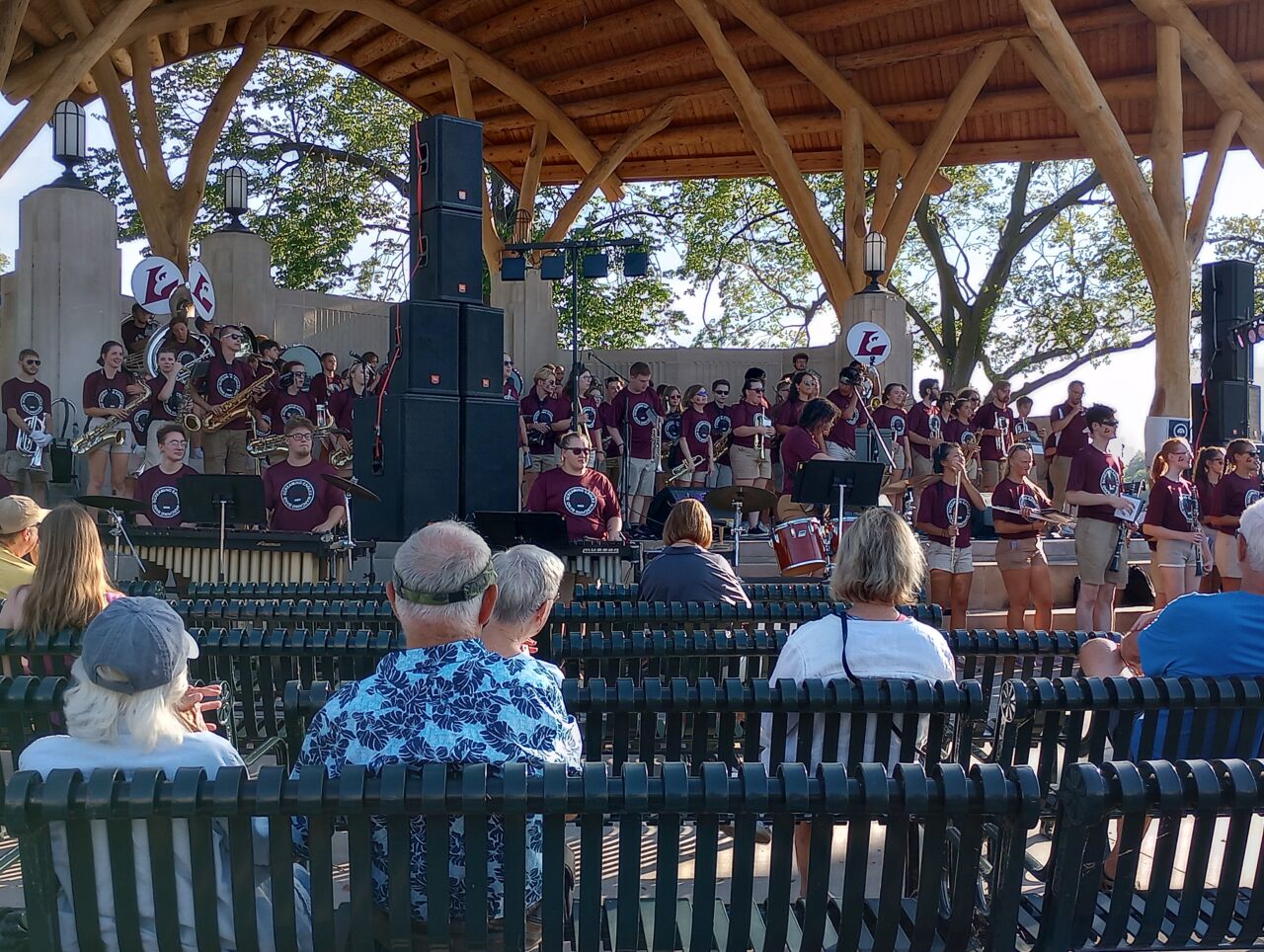 This year’s version of the UWL marching band has kicked off its season by putting on a Moon Tunes show at Riverside Park.

And that show marked the official debut for the band’s new announcer, Andrew Jones, who used to be the Eagles drum major just two years ago.

Jones succeeds Terry Wirkus, who retired last fall after 25 years as the announcer for Screaming Eagles performances.  Jones led the now works for the Holmen School District, where he’s an assistant band director.