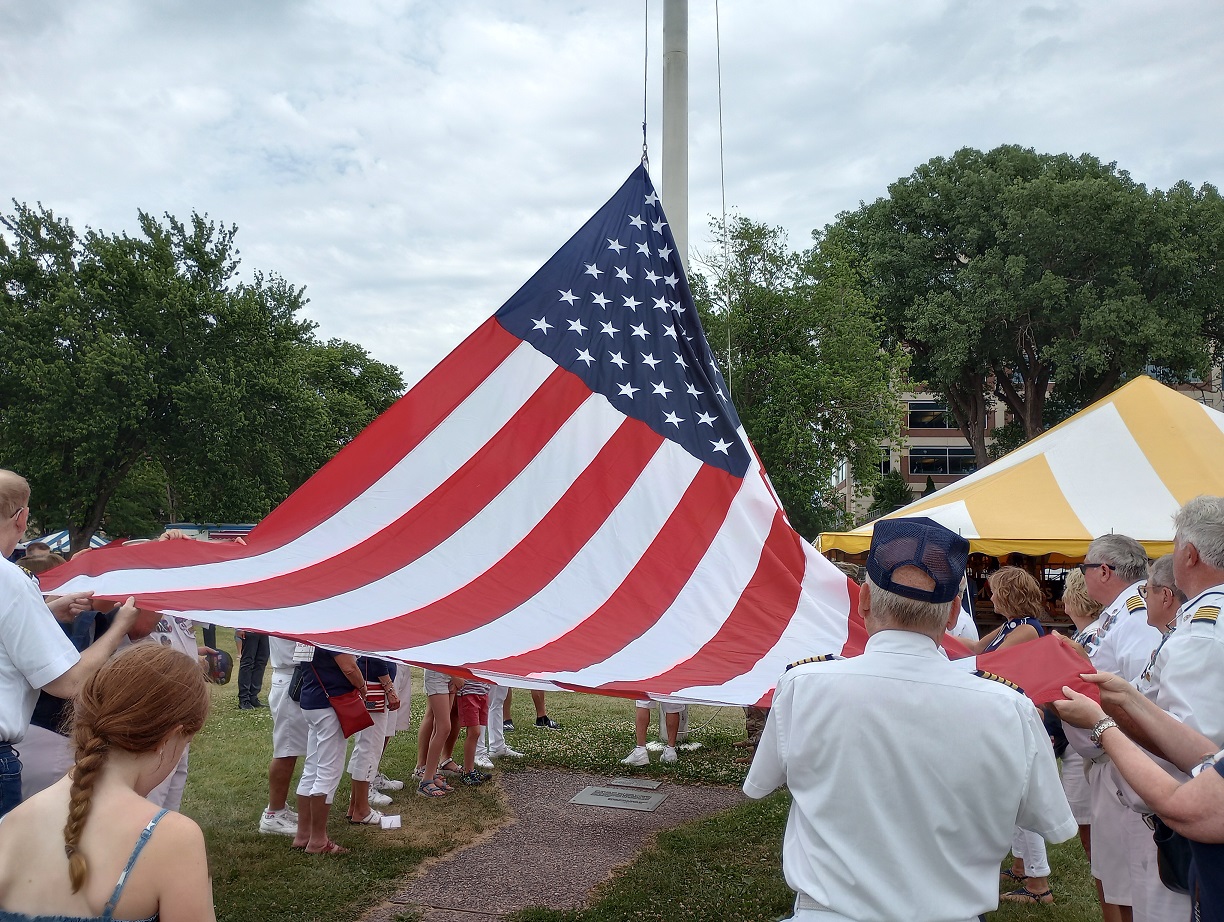 Despite occasional sprinkles during the opening ceremony, Riverfest of 2022 has kicked off at La Crosse’s Riverside Park.

The new Commodore, Dennis Vogel, and his family led past Commodores and First Mates in starting the five-day festival which extends through Monday, July 4th.

Mayor Mitch Reynolds also spoke at the late-afternoon flag-raising ceremony, telling the audience he was sorry that the new levee on the riverfront wasn’t finished in time for Riverfest, because of high water levels. However, the mayor noted that the Eagle sculpture is back in its usual spot after extensive repairs.

Riverfest continues to make some changes, after it was cancelled completely in 2020 because of the pandemic.  Spokesman Nick Bjerke says that just like last year, food vendors will continue to sell their products from individual trucks, instead of being under one large food tent.