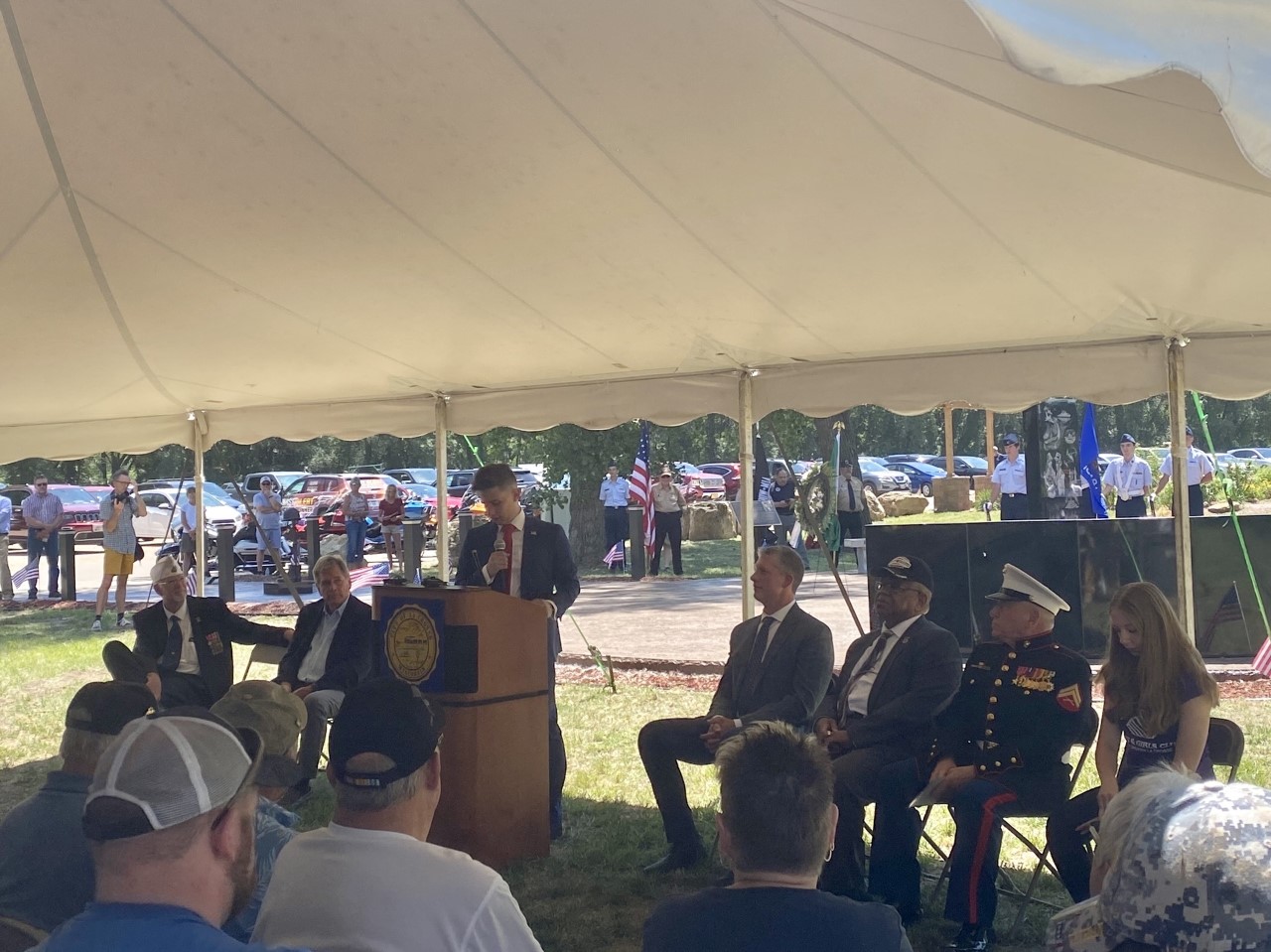 It was a beautiful day at the Veterans Freedom Park Thursday afternoon, where a dedication ceremony was held for a new memorial to honor the 1,239 fallen Wisconsin Vietnam soldiers.

The memorial took six years to complete. It was led by Jordan Briskey, who was just 15 when he first took on the project.

Briskey started getting involved in the memorial as an Eagle Scout project, but stuck with it until its completion. He set up fundraisers, met with veterans and worked closely with the parks and recreation department in order to finish the memorial.

“I’m very honored to have the privilege to do this project, Briskey said at the dedication. “I think it’s important that the veterans and their families can feel connected. Families are the ones who need that comfort and it’s important to pay tribute to the veterans.”

Briskey added that he has another project in the works, but isn’t allowed to reveal any details at this time.

The memorial cost around $250,000. A majority of those funds came from community donations. According to Mayor Mitch Reynolds, the memorial is a welcomed addition to the park.

“It’s not long ago, just really a few years, that this park was just some scrub brush and not much of anything,” Reynolds said, “but now it’s a place of honor for those who have made the ultimate sacrifice for their community and for their country.”

At the end of the ceremony, Briskey was met with a standing ovation from the crowd.