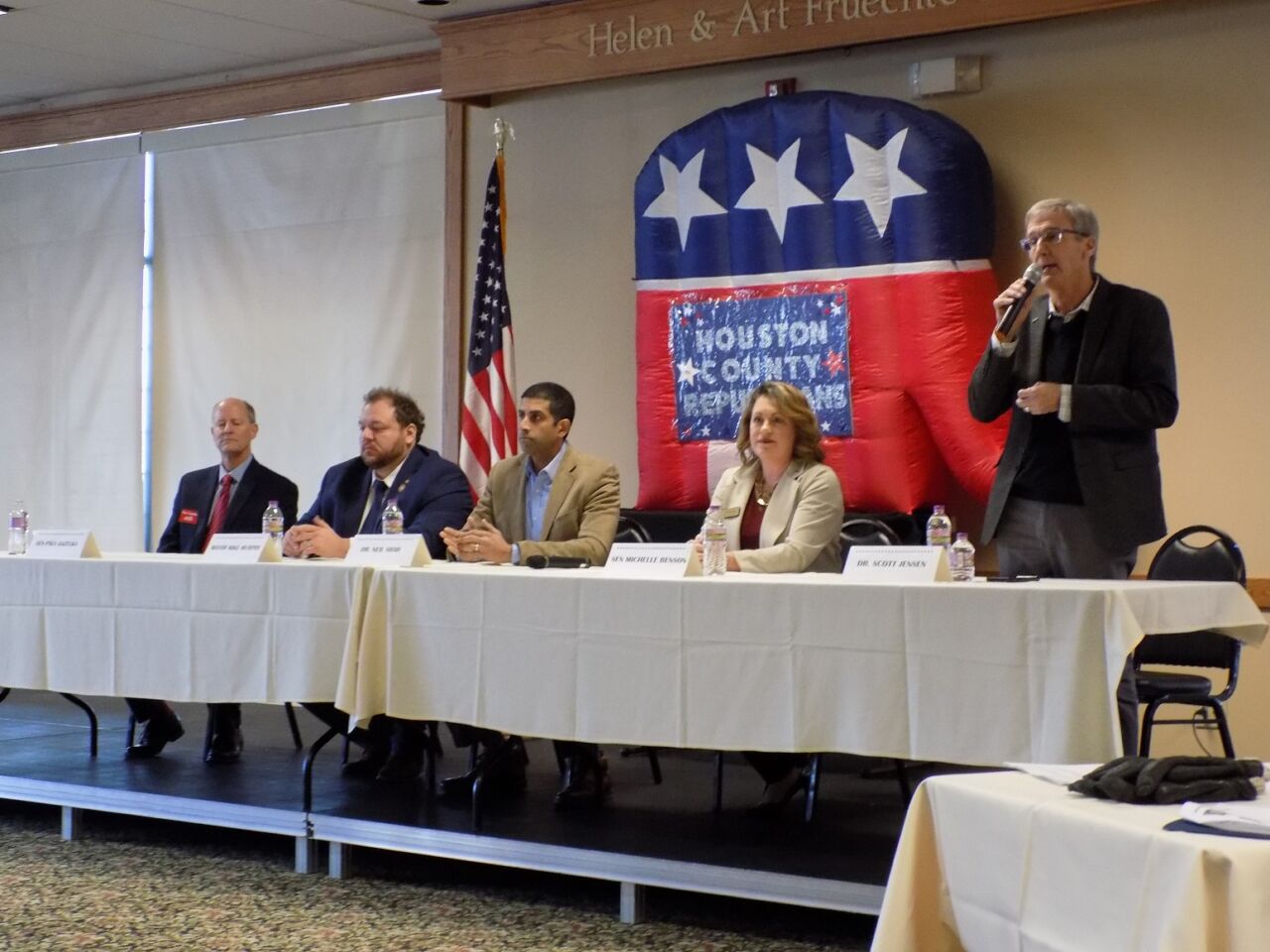 CALEDONIA, Minn. — Republicans in the southeast corner of Minnesota had a chance to hear from five of their party’s candidates for governor Saturday in Caledonia.

The candidates took part in an hour-long forum at the Four Seasons Community Center, in an event sponsored by the Houston County Republican Party, before an audience of 60-70.

All are running in the August primary with hopes of unseating Democratic Gov. Tim Walz, who’s wrapping up his first term in office.

Murphy described the incumbent governor as “evil,” “vindictive,” and a “tyrant.”

The candidates accused Walz of abusing power through mandates during the pandemic.

Walz was blamed for making Minnesota less safe — by permitting demonstrations after the death of George Floyd in Minneapolis — and allowed cities to be burned.

The candidates called for critical race to be banned from Minnesota schools with Shah calling the state teachers’ union “terrorists.”

There were repeated references to carjackings, which have happened recently in the Twin Cities area.

The candidates argued that Minnesota needs a Republican governor to appoint state Supreme Court justices, and Republican lawmakers to pass bills to make abortion illegal in the state.

Gazelka said his party has not controlled the governor’s office and both houses of the legislature in over 50 years. The five often said Republicans need to “take back” the state and the country, and “save America” from liberals and the federal government.

Audience members voted by paper ballot in a straw poll taken at the end of the forum. Jensen came in first with 22 votes, followed by Shah with 15, Murphy with 14, Gazelka with 9, and Benson with 4.