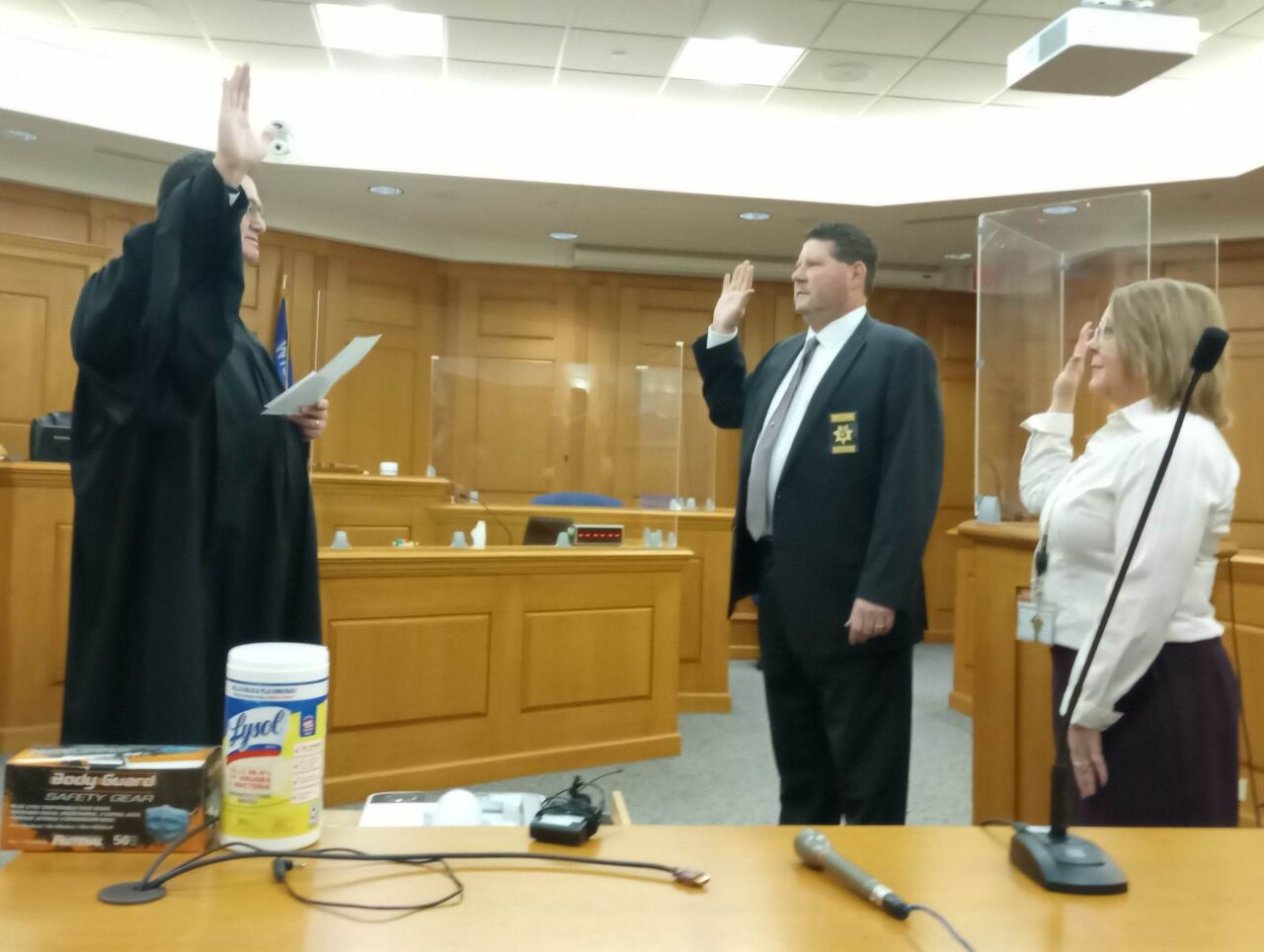 La Crosse County’s new sheriff and clerk of courts have taken office.  Sheriff John Siegel and clerk Tammy Pedretti won their jobs in the November election, and both took the oath of office on Tuesday.  Judge Scott Horne presided over the ceremony.

Sheriff’s deputies and deputy clerks of court also were administered the oath at Tuesday’s ceremony at the La Crosse Courthouse.

Both Siegel and Pedretti were elected to four-year terms. Other department heads, including county clerk and district attorney, will be on the ballot in the fall of 2024.