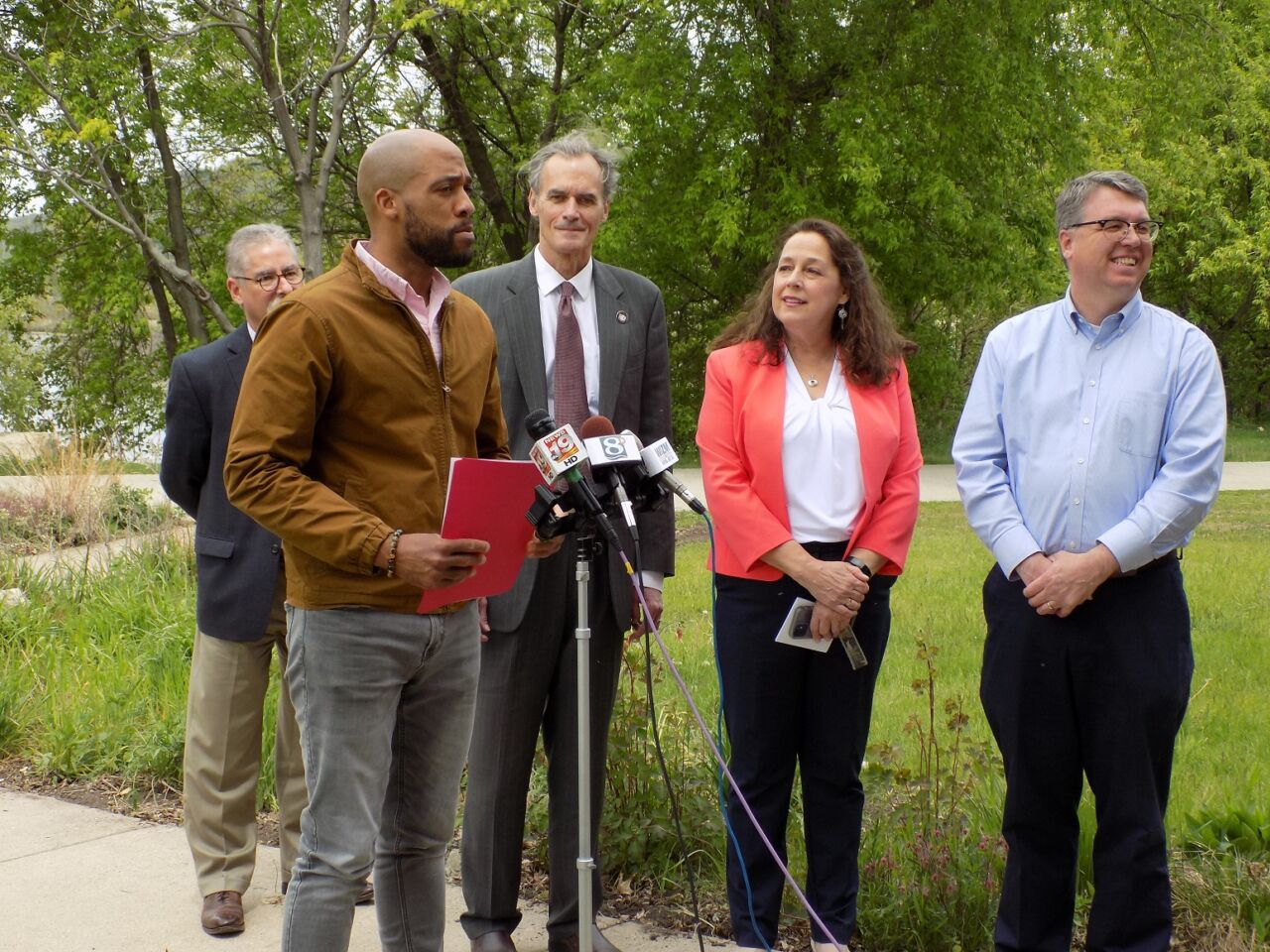 FILE - Lt. Gov. Mandella Barnes at Myrick Park in La Crosse back in May of 2021.

MADISON, Wis. (AP) — Lt. Gov. Mandela Barnes raised more money from donors over the past three months than any other Democrat in the crowded primary race for U.S. Senate.

Wisconsin state Treasurer Sarah Godlewski and Milwaukee Bucks executive Alex Lasry each brought in more than $1 million, but that was because of large contributions they made to their own campaigns, Wisconsin Public Radio reported on Monday.

The seat is currently held by Republican U.S. Sen. Ron Johnson. He has yet to say whether he’s seeking a third term in 2022, but he reported raising about $906,000 over the most recent quarter.

Among the other Democrats in the race, Milwaukee County Executive Tom Nelson raised about $223,000 followed by Millennial Action Project founder Steven Olikara with about $102,000 and Wausau physician Gillian Battino with $89,000.

The race in battleground Wisconsin is a top priority for both parties and expected to be one of the most expensive and hotly contested in the country.