When politicians change their minds, should we believe them?

Wisconsin's special sessions a waste of time and money

Maybe people, not politicians, should decide the rules

Participating in political debates should be mandatory for candidates

Now is the time to fix census

Fund public schools or private schools? We can't afford both

Top priority remains in search of a solution

No matter our disagreements, we don't need pitchforks and torches 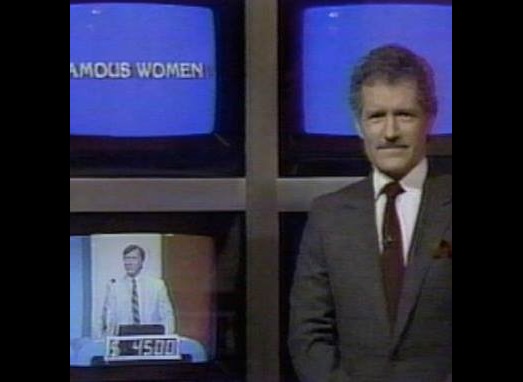 Good news, fans, a new season has begun. The first games of the new “Jeopardy” season have been played in Hollywood, with brand new host…uh, what? He quit as the host already? Daytime TV in America has long been dominated by game shows and soap operas. Now, the game shows are turning into soap operas. The show’s producer, Mike Richards, was just named as the successor to Alex Trebek as full-time host, but the blowback to Richards was immediate and fierce. Along the lines of “What, they hired another white guy?” Or, “The boss of the show hired himself to host?” Even if he didn’t hire himself, we’re getting stories that Richards was trying to make other host candidates look bad. And, he’s treated people badly at other jobs, and insulted people on a podcast. After just one day as regular host, Richards has gone back to just being the producer. So we’re also back to “Now you have to hire LeVar Burton because fans want him!” The host of “The Bachelor” quits, after defending a contestant who went to a plantation-themed party years ago. “Dancing With the Stars” is now hosted by Tyra Banks, but some fans wanted her fired for supposedly taking attention away from the celebrity dance contestants. As for “Jeopardy,” aren’t there other long-time game show hosts around…Peter Marshall, Wink Martindale? Stay tuned to find out who else is in…JEOPARDY!