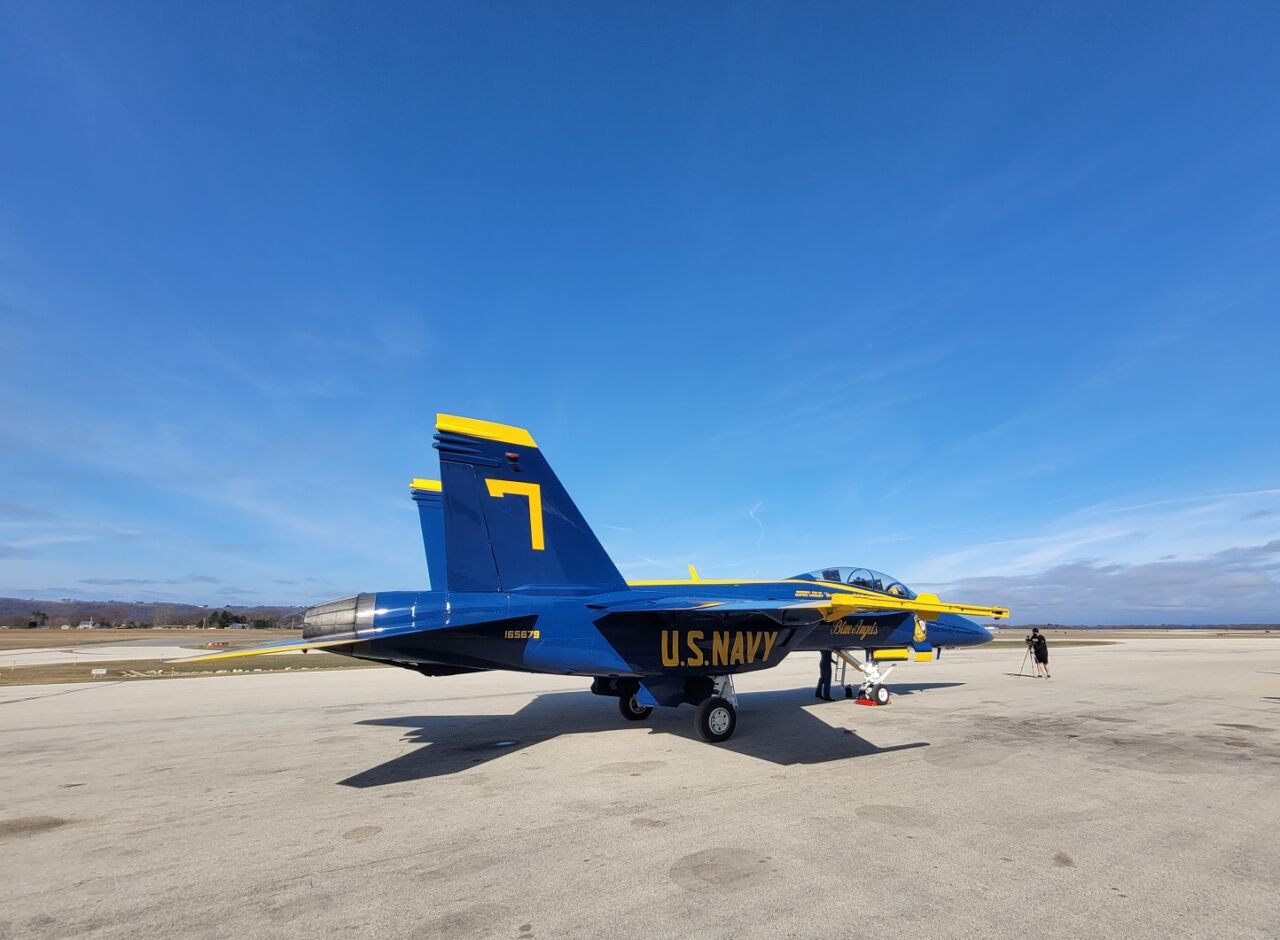 It’s been seven years since there’s been a Deke Slayton Airfest in La Crosse, and it won’t be until 2024 when there’s another.

As one of the Blue Angels jets landed Friday in La Crosse, the Airfest announced its plans for the summer show.

This year’s fest will happen on June 12-13 and will be a drive-in format. More details can be found by clicking here.

The show hasn’t happened since 2014 for varying reasons — COVID-19, road construction and not having a featured act, like the Blue Angels. And, that’s precisely why there won’t be another Airfest until 2024.

Without a fly team like the Blue Angels or Thunderbirds, Mathews said the show doesn’t make enough money to break even. He said there’s a possibility La Crosse could get a team if there were a cancellation but added it would be a long shot.

“They’re scheduling two years in advance now and so we kind of know pretty well ahead of time,” Mathews said.

He added they were trying to get a team last year but, almost luckily because of the pandemic, they didn’t. The Blue Angels were scheduled to be in Eau Claire on the weekend the Airfest had planned.

Losing out on the fly team for the next two years is just kind of how things are — there are only so many teams and so few weekend to hit everyone across the country.

“It’s just how the teams rotate and they pick different areas,” Mathews said.