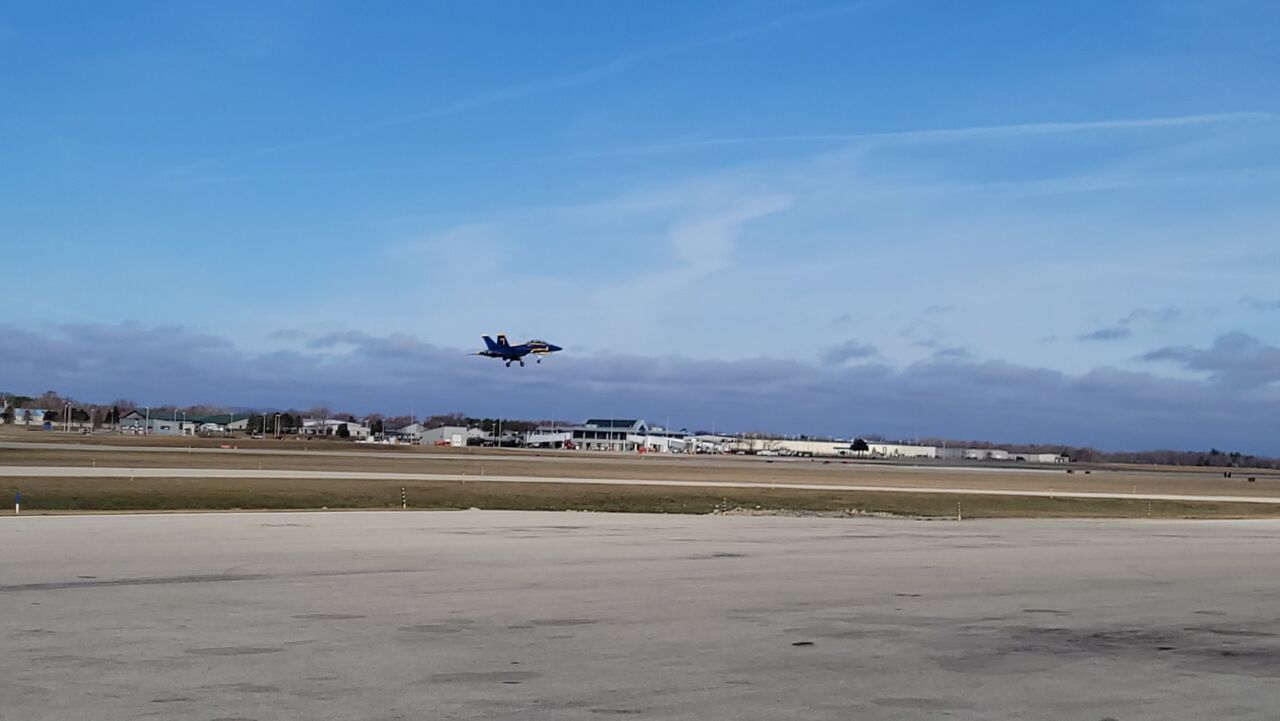 For the first time in seven years, the Deke Slayton Airfest is back in La Crosse.

Two pilots — Lieutenants Katlin Forster and Julius Bratton — flew in on Blue Angel No. 7 on Friday to check out the area, before the airshow June 12-13.

Along with the Navy’s Blue Angels F/A-18 E/F Super Hornets headlining, this year’s pair of shows will also include (click each for respective websites):

The Deke Slayton Airfest began in 1998 and went for 10 consecutive years, with the Blue Angels first coming in 2000 and the Thunderbirds only performance in 2007. After those 10 years, it’s been going on and off, with the last show held in 2014.

This year’s Airfest will be a bit different than the ones of the past.

A drive-in format takes the place of a traditional airshow. With 100 acres of airfield, the plan is to put as many as 35 cars on an acre, sort of “socially distanced.”

Tickets in advance will be $55 but not per person. Per car. And up to six people enter per car. That price jumps to $75 per car on June 10. Tickets are only good for one of the two days. They can be purchased at Airfest.com.

There won’t be any ‘static’ exhibits or planes on the ground to check out, thanks to COVID. It will be strictly an airshow.

Because of this format, organizers understand a lot of people are going to just sit outside their homes, look up and watch the show for free. They are encouraging the public to buy a ticket — even if it’s a group of 55 friends who all pitch in $1.

Everyone who works at the show is a volunteer. Tickets go to pay the performers and work on the next Airfest, which won’t be until 2024.

This year’s show will feature about eight performances. The show will last about four hours, getting started around noon. Guests should be able to arrive around 10 a.m.

Guests are encouraged to bring lawn chairs, umbrellas, drinks and snacks. There will be no grilling out, because they don’t really want to have to put out a fire at the airport. And pop-up canopy tents will also not be allowed.

Concessions at this point are up in the air but a “no” for right now. COVID protocols could change that, however, by June.