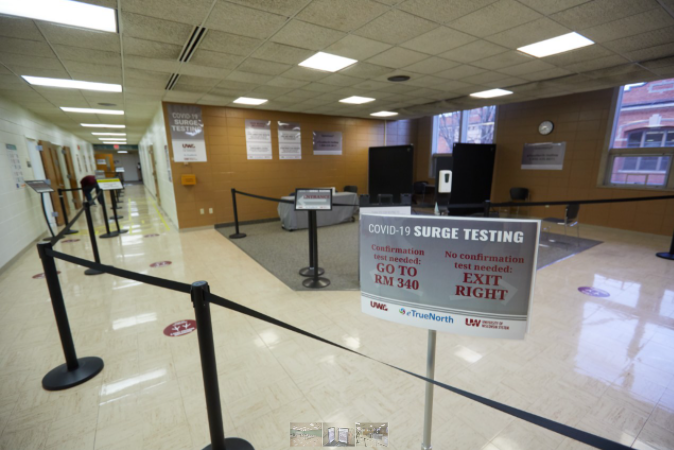 The option for La Crosse area residents to utilize a local university’s free, rapid-response COVID-19 testing site will end in less than a week.

UW-La Crosse announced the Surge Testing program in UWL’s Cartwright Center will end Friday, Jan. 22. For more than two months, the program provided thousands of test with the capability of administering 550 each day.

“It was our privilege to help bring this valuable service to our community,” Chancellor Joe Gow says. “We appreciate everyone who has used this program to make informed decisions regarding health and safety.”

People can still sign up to be tested, online registration is required. The self-administered tests are conducted on the third floor of the Cartwright Center with results available within 15 minutes, according to the University. Those without symptoms who receive a positive test are asked to get a confirmatory PCR test.

The Surge Testing sites are a collaboration among the U.S. Department of Health and Human Services, eTrueNorth, and UW System campuses. Since early November, more than 200,000 surge tests were administered across the state.

In a release, UW-La Crosse said the program was designed to catch asymptomatic spreaders of the virus by increasing testing access for six weeks. The program was initially meant to end in mid-December, but surplus resources allowed the program to continue a month past its expected end date.

Other local COVID-19 testing options can be found online.