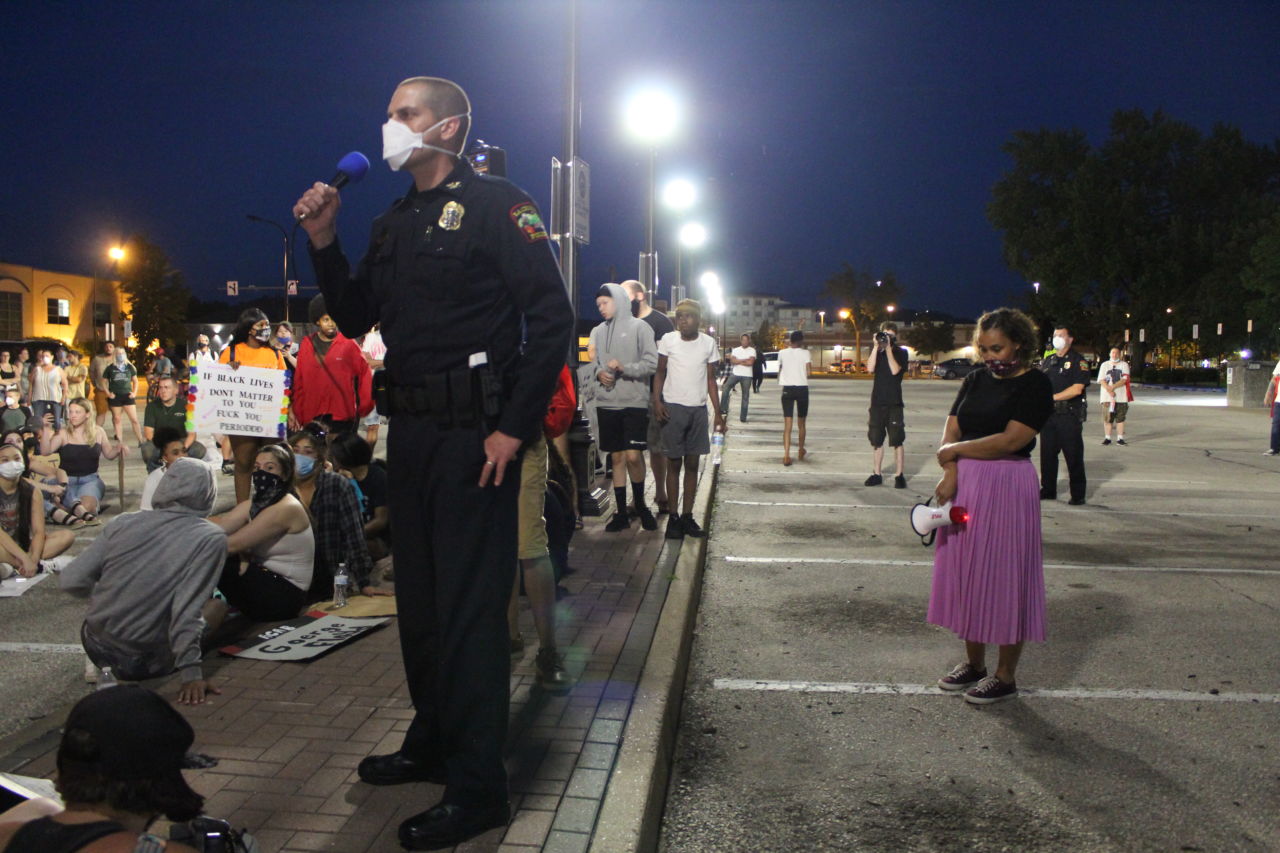 La Crosse Police Chief Shawn Kudron speaks at City Hall, as Katrina Sletten (right) looks on. Protesters marched from Riverside Park to City Hall, and are demanding change from the city and the police department over the national outcry of racism and police violence. (PHOTO: Rick Solem)

About 500 people gathered in Riverside Park to listen to multiple people of color speak, before they all marched to City Hall.

Doing most of the talking was La Crosse native Katrina Sletten but, at City Hall both La Crosse Mayor Tim Kabat and Police Chief Shawn Kudron pledged the city would make changes.

After that, Kudron said a transparency tab on the police’s website would go live today.

On that page, it reads, in part, “The La Crosse Police Department does not want a questioning public, but an informed public. We believe the more informed you become, the better you will understand YOUR police department. We encourage you to look through the following information and contact us with questions.”

After that, there is information on things like “Use of Force” reports from the past two years, “Budget and Overtime” amounts the past three years, as well as training and policies and other information.

The city also launched a site (click here) where people can sign up to get updates on a multitude of city entities, including community and housing, the fire department and 14 other areas.