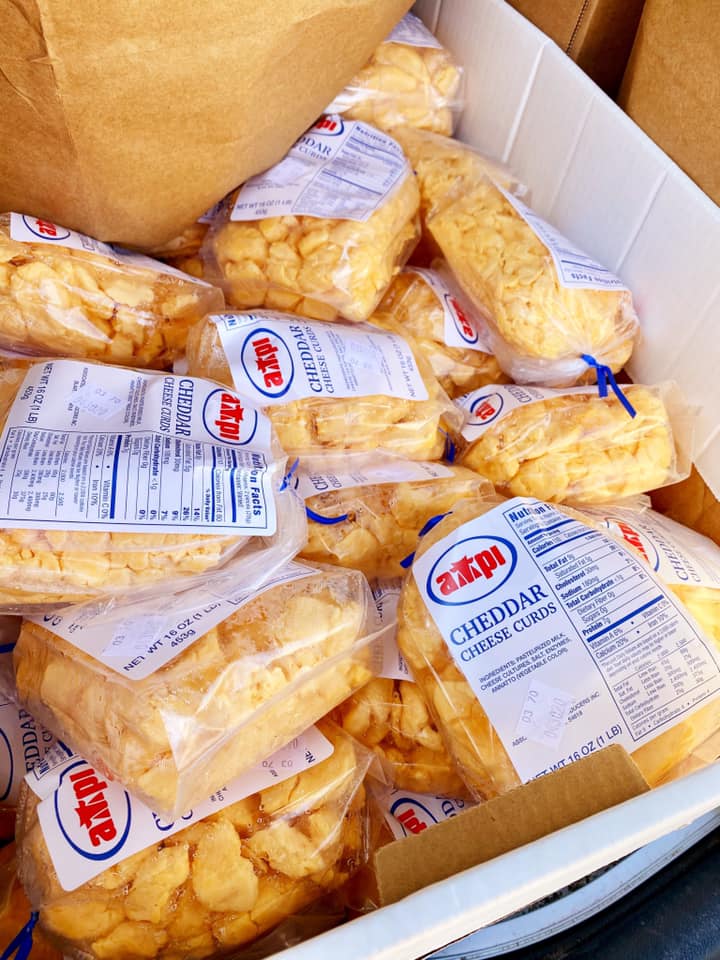 Turning an idea into action, two Trempealeau County women started an initiative to move 6,140 pounds of cheese curds into the hands of students.

Beth Stay and Jackie Goplin said it all started April 6 when they heard about farmers dumping milk.

“Both Jackie and I happen to work in education and live in our communities,” Stay said. “We know that we have hungry students in our communities, and it just kind of clicked that this would not be anything that makes sense in our world today.”

Stay spoke with the pastor at her church to see if anyone was doing something about the issue, to which the pastor recommended Stay team up with Goplin.

“Jackie and I started talking on that Monday, and by Wednesday we had a live website,” Stay said.

Curds for Kids was born as a ministry of Peace Lutheran of Pigeon falls working with Feed my People Food Bank to manage donations and help with distribution. The food bank helped build the website, and they had donations rolling in by the next day. The first round of curds was delivered to students on April 15.

“Because of the schools being out and so many students dependent on the school for their nutrition, there was already this method that the schools were stepping up to the plate and providing meals to the kids,” Stay said. “What we did was add on the cheese curds and the idea of help the farmers, help the families, and purchase something that uses the milk from the farmers and provides some nutrition for the kids.

Working not only as an educator but also as a dairy farmer, Goplin has been motivated by her family’s farming future. Her son Brad, 29, is the sixth generation working to take over the family’s farm. Their roots run deep with their family’s legacy dating back to the Homestead Act. In fact, the Goplins have paperwork from the act signed by Rutherford B. Hays.

“It’s very emotional,” Goplin said. “He’s a good farmer. It is just the price of milk has been so low for so long, and it really was supposed to be pretty good this year until COVID-19. You ache watching your children struggle. He deserves better than that.”

She called it a “no-brainer” to connect the two issues. The idea for Curds for Kids was inspired by Rich Miller who owns a milk hauling company near New Richmond. Brad showed Goplin a Facebook post that showed how Miller donated $5,000 of his own money to create a fund giving cheese curds to food shelves. Goplin gave Miller a call and asked if she could borrow the idea.

Curds for Kids serves students in Trempealeau and Clark Counties. Just like Miller, Stay and Goplin encouraged other communities to take the idea and run with it.

The curds are bought locally through Lynn Dairy and AMPI at cost. Stay and Goplin make arrangements for the delivery and send the bill to Feed My People since the food bank helps manage the monetary donations.

“It is very smooth, and it was very easy,” Stay said.

There is no time frame set for how long Curds for Kids will last, but the solution could lend itself toward creating long-term habits.

“Part of our hope is that it starts a good hunger for the taste of cheese curds and good cheese because they [students] might not have access to it otherwise,” Goplin said. “We hope they will have an affinity for cheese curds later in life and will continue buying.”

Anyone with questions about the program or who want to become involved can find Curds for Kids on Facebook, contact via email at [email protected], or visit the Curds for Kids website.