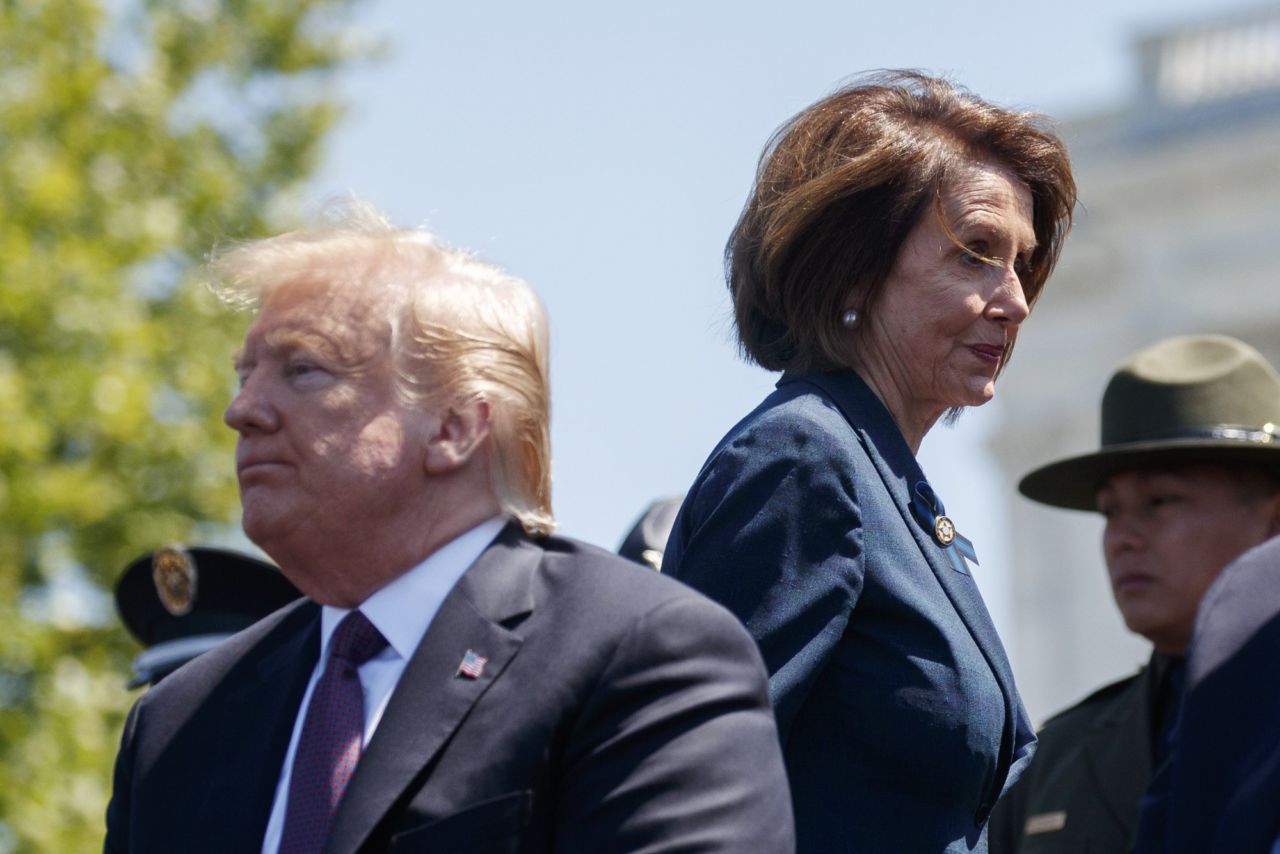 Sounds like the prelude to a bipartisan deal. Except that when it comes to trying to upgrade the country’s road, rail, water and broadband systems, Washington frequently veers off the tracks — usually over the bill’s contents and how to pay for it.

“We are an economy that depends on public goods to educate our children, move goods from place to place, ensure our safety,” said Jared Bernstein, who was chief economist to former Vice President Joe Biden. “They simply haven’t been willing to sit down and hammer out an infrastructure plan that both sides could agree on.”

The parties have been bedeviled so consistently by disagreements over a goal both say they embrace that it has been encapsulated in jokes about “infrastructure week” — shorthand for Trump plans to roll out proposals that never materialize.

This time could be different, as leaders of the mostly locked-down country desperately try addressing the historic loss of jobs and averting the worst economic collapse since the Depression. Congress and Trump have already approved over $2.2 trillion to bail out the demolished economy and overwhelmed health care system — all of it by adding to the national debt.

Yet even with both sides agreeing that infrastructure can be a reliable way of creating jobs and modernizing systems that themselves add muscle to the economy, it’s unclear they can reach an election-year compromise.

“A lot of this is theater, staking out the high ground for the fight that’s coming,” said Liam Donovan, a lobbyist who’s specialized in infrastructure work.

Pelosi, D-Calif., and other top Democrats sketched out their own evolving infrastructure plan on Wednesday.

Its anchor would be a $760 billion package for roads, mass transit, water systems and high-speed internet networks, with more money coming for education, housing and community health centers. Democrats offered no apologies that their plan included clean energy and other environmental proposals.

“If you’re going to rebuild it, it’s rebuild it the right way,” said Rep. Peter DeFazio, D-Ore., chairman of the House Transportation and Infrastructure Committee.

Trump made his proposal by tweet on Tuesday, saying the plan should be “VERY BIG & BOLD, Two Trillion Dollars.” He elaborated later to reporters.

“We redo our roads, our highways, our bridges. We fix up our tunnels, which are, many of them, in bad shape,” he said.

Congress’ top Republicans have been guarded about the idea but have stopped short of ruling it out.

“This isn’t a time to attempt to reshape American life through the eyes of one political party,” said House Minority Leader Kevin McCarthy, R-Calif.

Other Republicans are also tapping the brakes, saying any decision should await a fresh view of the economy when Congress returns to Washington. With lawmakers scattered around the country, that won’t be until late April, at the earliest.

“If we find ourselves where the economy needs a stimulus, to me a highway infrastructure bill would be a key component of that,” Sen. John Barrasso, R-Wyo., chairman of his chamber’s Energy and Public Works Committee, said in an interview.

Other prominent players were less enthusiastic.

The U.S. Chamber of Commerce said it favors increased infrastructure spending but prefers financing it by gradually raising federal fuel taxes. Those levies have been stuck at 18.4 cents per gallon for gasoline and 24.4 cents for diesel since 1993 and are not adjusted for inflation.

“It is critically important to find a way to pay for the investment that is needed,” said Neil Bradley, the group’s executive vice president.

Romina Boccia of the conservative Heritage Foundation called passing an infrastructure bill now a “terrible idea” the country can’t afford. She said Trump’s push for the idea in his 2016 Republican presidential campaign showed that this is not “a targeted or timely or an appropriate response to the current crisis.”

Trump promised a $1 trillion plan during his presidential run, paid for largely by private investments. Democrats opposed that approach.

David McIntosh, president of the conservative Club for Growth, said he opposed adding more to the national debt, which stood at $21 trillion even before last week’s $2.2 trillion bailout became law.

“I don’t think more spending is what’s needed,” he said in an interview. Instead, he said he favored paying for infrastructure work by finding other budget savings and easing labor and other regulations that he said make construction more expensive.

Last spring, Pelosi and Senate Minority Leader Chuck Schumer, D-N.Y., emerged from a White House meeting to say they’d tentatively agreed with Trump to work on a $2 trillion infrastructure package. That blew up days later during a White House meeting that disintegrated after Trump exploded over Congress’ investigation into Russia’s aid to his presidential campaign.

The Republican-led Senate and Democratic-controlled House each have plans that have stopped short of final approval.