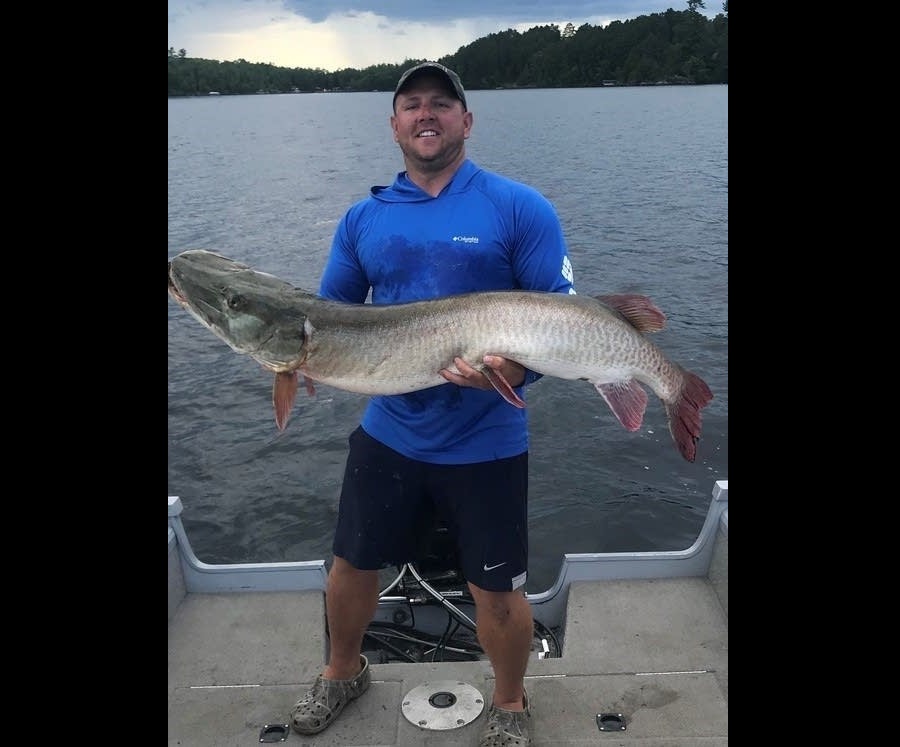 ST. PAUL, Minn. (AP) — The Minnesota Department of Natural Resources says a huge muskie caught on Lake Vermilion is a new catch-and-release record. And special for the Iowa man who caught it.

The DNR said the 57¼-inch muskie weighed about 47 pounds and was caught by Davenport, Iowa, native Corey Kitzmann in August.

The record catch took on special meaning for Kitzmann. While alone on Aug. 6 at his family cabin on Lake Vermilion, Kitzmann was sitting at the table tying a homemade bucktail lure. Then he received a phone call relaying bad news – one of his best friends had passed away from a medical condition at age 40.

So he went out on the lake to “reflect on life” and the good times with his friend.

He didn’t catch anything for a couple hours, then hit one of his favorite spots.

“When I set the hook, I knew immediately that I had a nice fish on,” Kitzmann told the Minnesota DNR. “It wasn’t until the fish made its way to the side of the boat that I realized I had a true giant.”

The fish made a couple of trips around the boat, under the trolling motor, and even gave a jump or two. Kitzmann grabbed his net and managed to make a successful scoop to net the fish and haul it into the boat.

The prior muskellunge record was just shy of 57 pounds and was caught on Pelican Lake in Otter Tail County in 2016.