Lyra sculpture goes back to blue 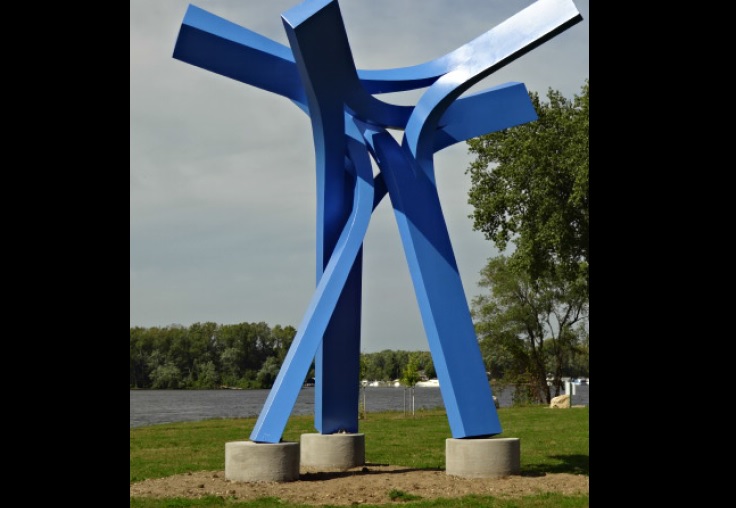 First, they moved it, and now, they’ve repainted it.

The Lyra sculpture that was recently moved to the La Crosse boat harbor has been restored to its original blue color.

The abstract metal sculpture was blue when it was first installed at Valley View Mall in the 1980’s.

It was repainted brown, and stood in Burns Park for several years, until it was moved to the harbor along the Mississippi late this summer.

The repainting job was just finished in the past month.

The La Crosse arts board says the next public artwork that could be repainted is the ‘Anidonts’–the ‘man and dog’ figures standing near the entrance to Myrick Park.