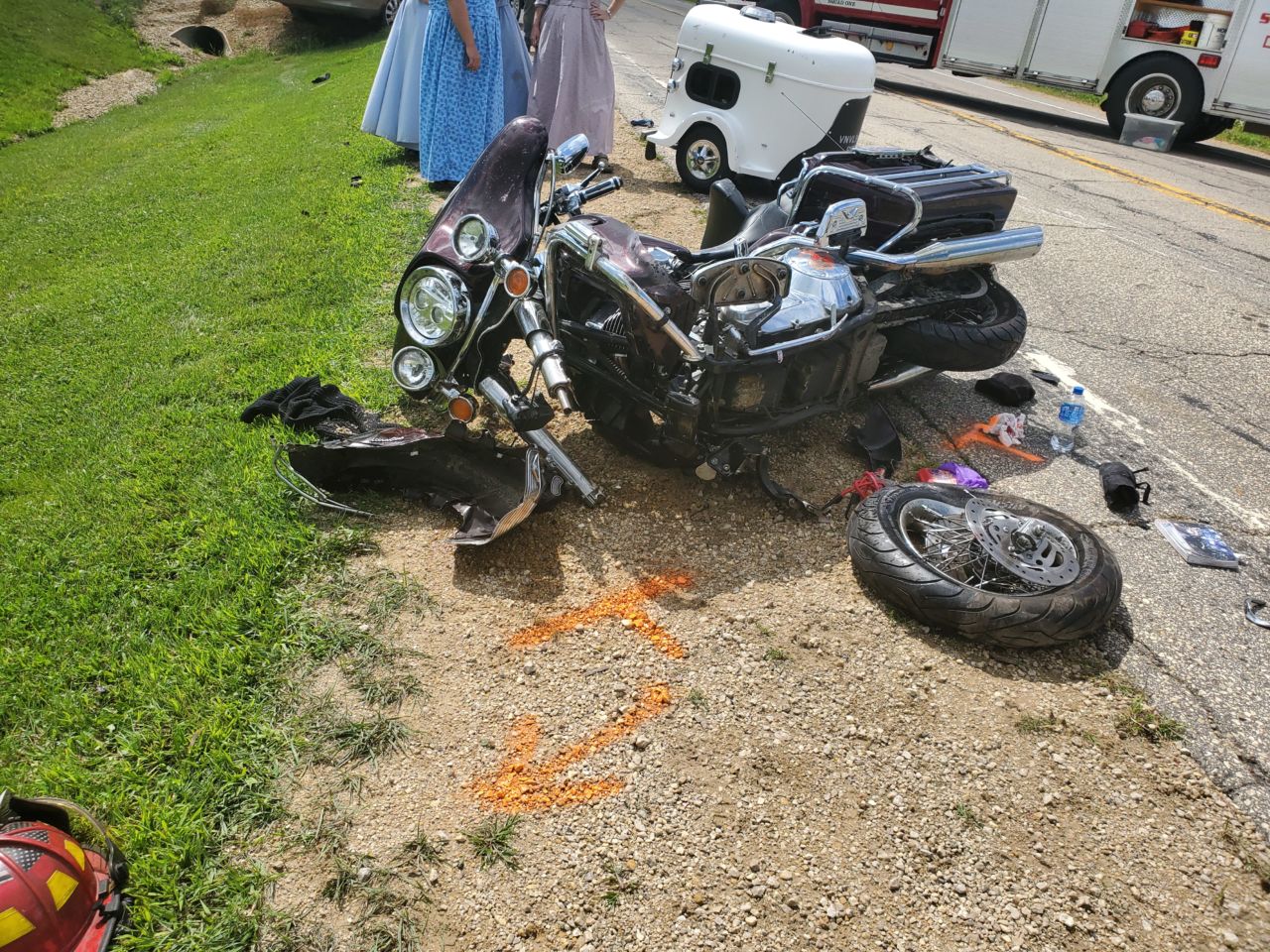 The incident remains under investigation by the Vernon County Sheriff’s Office.

The Vernon County Sheriff’s office responded to a van vs. motorcycle crash around 11:30 a.m. Friday. It happened on State Hwy 80 south of County Road EE in the town of Greenwood.

Samantha M. Baly, 31, of rural Wonewoc, was driving south and turned into a private driveway, according to a news release. She did not see two motorcycles traveling north and turned into their path. The sheriff’s office said Stephen R. Cournia, 78, of rural Richland Center could not avoid colliding with Baly’s vehicle.

Baly had five juveniles in her vehicle who were not hurt, according to the sheriff’s office. Cournia’s dog was taken by private vehicle to the Madison Animal Hospital with serious injuries.

The incident remains under investigation by the Vernon County Sheriff’s Office.