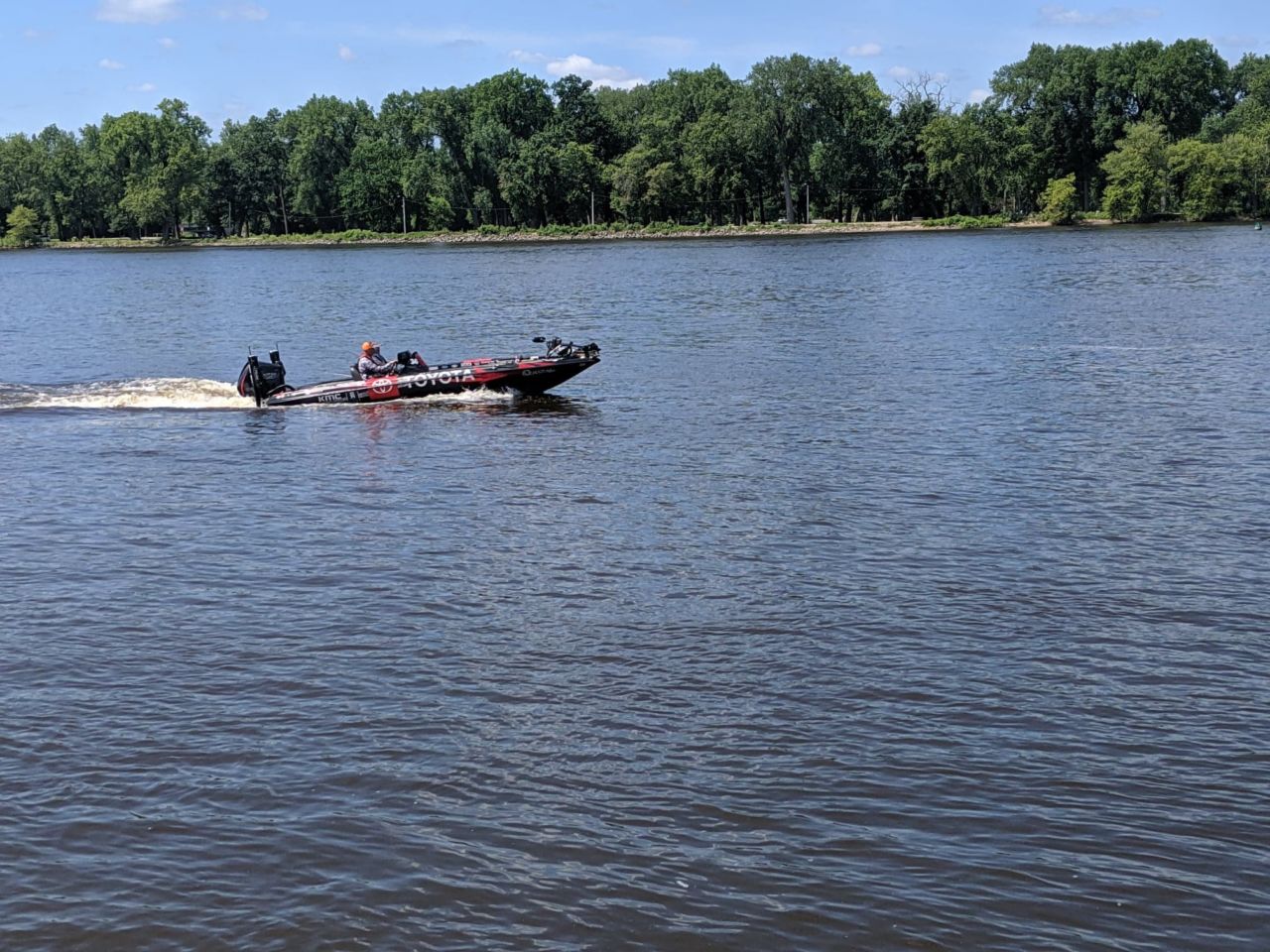 The Bassmaster Open drew 400 anglers from 26 states and three countries to La Crosse, according to Explore La Crosse.

Jeremiah Burish, director of sports sales and events with Explore La Crosse, said it brought a huge economic boost for the area with 400 anglers, fans, family and crews visiting the area from 26 states and three countries. He noted several came days before the tournament to practice and learn how to navigate the Mississippi.

“Just based on 400 anglers, probably 80 percent are outside the area spending three, four, or five nights here at $180 a night,” Burish said. “We are having a huge impact on the anglers alone and then their families and some spectators and everything else.”

Proceeds may be flooding in, but luckily the river was not flooding as well. The Mississippi River was expected to drop below 8 feet by Saturday. Burish said regardless of water levels, the Mississippi is a unique fishery that can always bring success.

Scott Gartner, the owner of Island Outdoors, said beyond tournaments, heavy rains caused a drought for his business.

“Well it is not good,” Gartner said. “It is a high year, and it hasn’t been good. We are going to make it, but we will have to hope for better days. It is weeks like now they kind of ease the pain. This is supposed to be the time when we get ahead, and right now we are just trying to trudge water.”

Gartner said his doors have been swinging open for the semi-professional anglers looking for maps, GPS chips, ways to mark fish, bass fishing tackle and more.

“It is nuts,” Gartner said. “It is as good as it can get for our business. We’ve had people rent kayaks and canoes who just want something to do while dad is out fishing, practicing for the tournament. People are coming in and buying tackle. Not just $10 worth either. They are big spenders.”

Gartner said the timing of the tournament couldn’t be any better for Island Outdoors.

This marked the first year La Crosse was selected to host a Bassmaster Open tournament series because Bass Pro Shops is the main sponsor of the event. The collaboration of Cabela’s in Prairie du Chien and Bass Pro Shops gave La Crosse the edge in 2019, according to Explore La Crosse.

“What this does is open up the doors to a lot of other events,” Burish said.

Burish said it will likely be a couple of years before La Crosse hosts another Bassmaster event since it travels across the country.

Spectators are invited to watch the tournament. Weigh-in time is at 2:00 p.m. every day at Veterans Freedom Park.